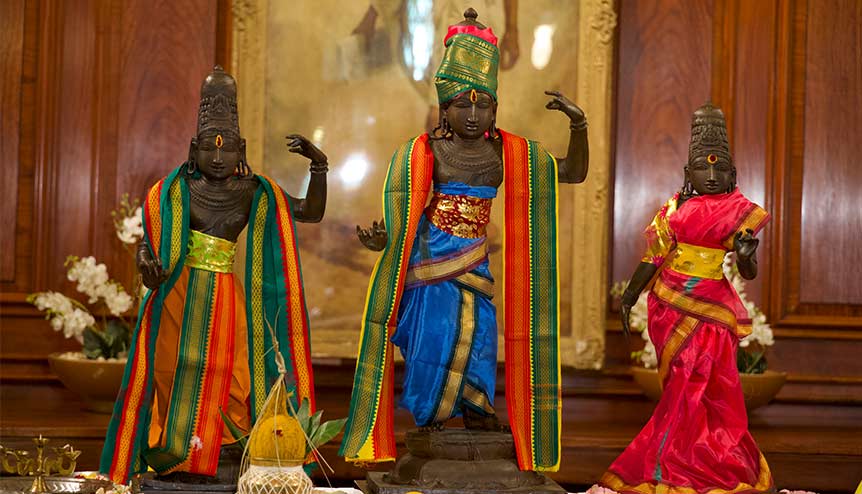 A set of three idols of Lord Rama, his wife Sita and brother Lakshmana, stolen from a temple in India many years ago, have been restored to India after a collector in the UK voluntarily offered to hand it back on discovering their true history.

The theft dates back to 1978 and led to an investigation by the Idol Wing of the Tamil Nadu Police in India working along with colleagues at the Art and Antique Unit of the Metropolitan Police in London. The unnamed collector, who had acquired the statues in good faith, was informed about their dubious provenance by the Met Police. After matching them up with archival photographs from the 1950s held at the French School in Pondicherry, it was proved that the idols in his possession were those belonging to the Vijayanagara period and stolen from Sri Rajagopalaswami Temple at Ananthamangalam in Nagapattinam district of Tamil Nadu, southern India. A fourth idol in the collection, that of Lord Hanumana which was also smuggled out of India, remains missing.

In a ceremony streamed this week from India House in London in keeping with the Covid-19 gathering restrictions, priests from Sri Murugan Temple in London conducted a short religious ceremony for their handover to India. 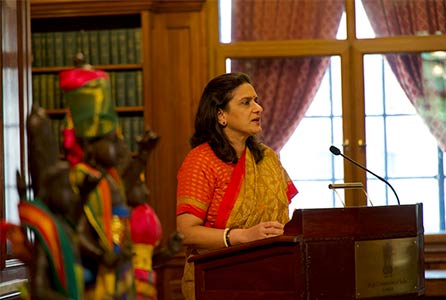 Indian High Commissioner to the UK Gaitri Issar Kumar said: “Today marks the successful completion of the search and rescue operation of these very beautiful idols, which were consecrated and worshipped side by side for years. We wanted to ensure these deities were handled with due reverence and propriety before they are shipped back to India.

“On behalf of the government of India, I hope this will inspire museums and collectors to carefully look and check their collections and help us restore deities that belong to the people of India and have been worshipped for centuries.”

The UK-based collector behind the handover, who has chosen to stay anonymous, was described as a lover of Indian art and culture. The collector had carried out due diligence checks on the bronzes, including through a check of Art Loss Register Certificates. The Met Police further found that vendor involved in the original sale is now deceased due to which there are no grounds to open an investigation in the UK.

“The voluntary handover of these idols highlight two enforcement issues: the need for effective communication and dialogue, and the proper documentation of all cultural heritage, which would not only act as a deterrent to thefts but also help as evidence without which the outcome of this case may have been very different,” said Detective Chief Inspector Tim Wright, from the Metropolitan Police.

“Not only are they beautiful and historically significant, they are of course of religious importance, and therefore it is particularly gratifying that they are to be returned to the temple from which they were taken,” added Wright, who was joined by DC Usha Evans, on behalf of the Met Police Hindu Association at the special ceremony.

Minister of Culture and Tourism Prahlad Singh Patel, connecting virtually to the event from Delhi, welcomed the repatriation of the statues, which he said was among over 40 “priceless” stolen artefacts and antiquities restored to India since 2014.

Successful restitutions have taken place in recent years from various countries including Germany, France, Australia and the US. The High Commission of India in London said it has succeeded in the restitution and repatriation of several antiquities in recent years.

*2017: The Bramha-Brahmani sculpture, stolen from the World Heritage site of Rani-Ki Vav in Gujarat, returned to the Archaeological Survey of India (ASI) in 2017. It has since found a pride of place in the Purana Quila museum in New Delhi in the gallery curated by the ASI.

*2018: A 12th century bronze statue of Bhagawan Buddha and has since found its way back to India.

*2019: A 17th century bronze idol of Navanitha Krishna and a 2nd century limestone carved pillar motif were returned by the US Embassy in London.

*July 2020: The Natesha Shiva statue stolen from the Ghateshwar Temple at Baroli in Rajasthan in 1998 was repatriated to ASI.