Skip to content
Sikhs in the NHS – Challenges and successes

Sikhs in the NHS – Challenges and successes 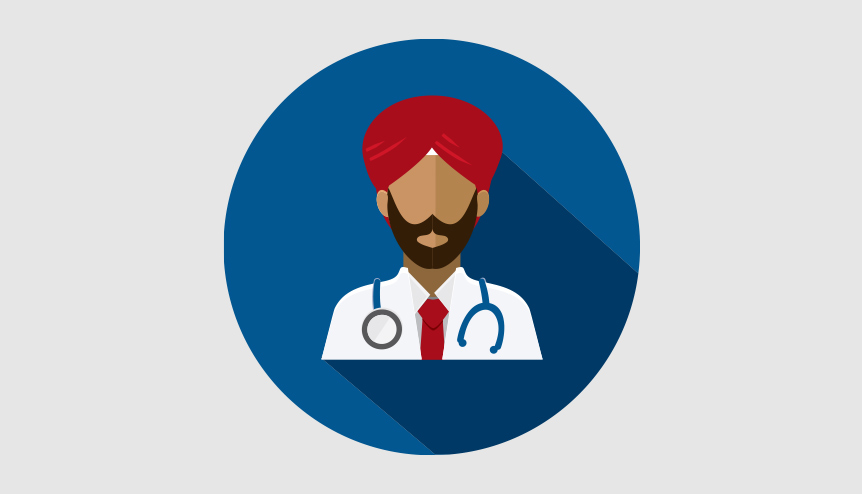 I love the NHS – who doesn’t? It is the envy of the world. For an annual cost of £140 billion (9 per cent of GDP), the public are guaranteed a free comprehensive healthcare system. It is an undoubted success story. As the largest employer in the UK, with about 1.5 million employees, 19.7 per cent are from a black and minority ethnic background. London has the highest proportion of ethnic minority National Health Service (NHS) staff at 43 per cent. In context, about 14 per cent of the UK population are from a minority background. It is clear that the NHS could not function without BAME staff.

There are 500,000 Sikhs in the UK (0.8 per cent UK population), but their visibility factor is even higher due to their turban and beards. The number of Sikh NHS staff are well above their representative population percentage by over ten-fold.

My father came to the UK in 1953 as an economic migrant, for a better life. He left the Punjab as a farmer and took on the role of a factory worker in the steel mills. He was forced to remove his turban and cut his beard, as demanded by the employer. There was no option at the time, as jobs were scarce. Sadly today, almost 70 years later, some bearded Sikhs still have to endure the proposition of removing their beard to stay in employment.

About 10 per cent of the 150,000 NHS doctors are from a South Asian background (NHS Digital 2019), with Sikh doctors a disproportionately high component of this group. That is a genuine success. A significant proportion of Sikh Doctors maintain their religious tenet of uncut hair, or kesh from one the five Ks of the Sikh faith, wearing a beard and turban with pride. But discrimination still exists, even in the NHS.

I recall in 1981 when, as I stood excitedly in a line of young doctors about to enter the clinical wards for the first time, I was told by the senior consultant to “shave that fungus off your face”. This blatant institutional racism shocked me, as my colleagues stared at me in a silence. Yet, I stood my ground and never shaved.

Despite all the compulsory NHS training in equality and diversity, some bearded Sikh doctors in this pandemic have been made to face an unnecessary dilemma. We all know that you cannot ask a Muslim to eat pork. It is simply morally wrong. Likewise, you cannot ask a bearded Sikh to cut their beard. But ignorance persists, leaving limited options open to some Sikh health staff creating unnecessary stress in an already stretched environment.

The national lack of personal protective equipment (PPE), due in part to poor planning as well as a weak procurement strategy which is not based on a proper needs assessment of the workforce and supplier shortage, has caused distress among those Sikh health staff who have failed the “fit test” on FFP3 masks.

Why should they have to choose between caring for patients in their current role or maintaining their religious convictions? The solution should be to provide the correct level of PPE that gives protection to a bearded professional, such as PAPR (powered air purified respirators), as confirmed by the NHS Chief Executive in a letter to the Sikh Council UK last month. The lack of PAPR and, for some Trusts, the prohibitive costs, have meant several Sikh doctors have been denied this specialist PPE and have had to be redeployed to lesser roles until their needs are met. This has caused distress and stress within their departments. 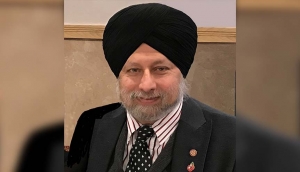 Ethnic minority staff are at greater risk of dying from Covid-19. They deserve better protection. The latest NHS guidance asks for urgent risk assessments for this section of the staff.

Most NHS Trusts have been both supportive and accommodative, with all referred Sikh PPE cases having been resolved.

I believe there is no need to compromise faith. But sadly, the NHS Workforce Race Equality Standards Report (WRES) 2019 indicates that staff perceptions of discrimination, harassment, abuse and beliefs regarding equal opportunities in the workplace have not changed in the last four years. This is unacceptable.

The challenge of achieving race equality and cultural sensitivity within the NHS workplace is a very real one.