India has got its electricity under control but still does not have an answer to its unrelenting thirst for imported crude.

India has invested heavily in building up power plants to the extent there is a glut-like situation today. This year, India’s installed power capacity crossed 300 GW while peak power consumption is estimated in the range of just 140 GW.

At least part of this excess capacity is lost as, at 27 per cent, the distribution and transmission losses in the country is the highest in the world. At the same time reports suggest while 96 per cent of villages have been electrified, only 69 per cent have home connections which means there is lot more area to cover. India is still far below the global average per capita electricity consumption with only 875 kWh per head compared to 11,900 kWh for the average US citizen, 6,600 KWh for a German or the global average of around 3,000.

Even if the growth is conservative, India would need to add at least 869 GW by 2035. But with a 175 GW renewable energy programme by 2022 already underway and vast potential to further expand thermal and hydro electricity production in the country, black outs of the kind witnessed in July 2012 when chaos ensued as the government blamed states for drawing more power from the national grid than their allocation seem less likely in future.

The outlook for consumption of the other energy source — oil used mainly as a transport fuel from two wheelers and cars for personal mobility to trucks to trains for public transport and freight haulage – is less optimistic. India imports 78 per cent of its oil requirement annually and spends billions of dollars of foreign exchange while doing so. Domestic crude oil production declined for the fourth year in a row in 2015-16 even as consumption hit a high growing by 11 per cent. The collapse in global prices cushioned the import bill — India imported 7 per cent more oil yet paid 43 per cent less for it. But the complacency is dangerous. Attempts in the past at reducing this dependence by promoting electric or hybrid vehicles or blending ethanol have come a cropper so far.

Prime minister Narendra Modi has vowed to reduce dependence on imported fuel by 10 per cent by 2022 and 50 per cent by 2030 but it is unclear how he will do it. Response to revised schemes like the New Exploration Licensing Policy (NELP) for oil and gas exploration and FAME (faster adoption and manufacturing for hybrid and electric vehicles) have been less than satisfactory. Having somewhat sorted its electricity problem, India needs to get a fix on oil to secure its future energy requirement. 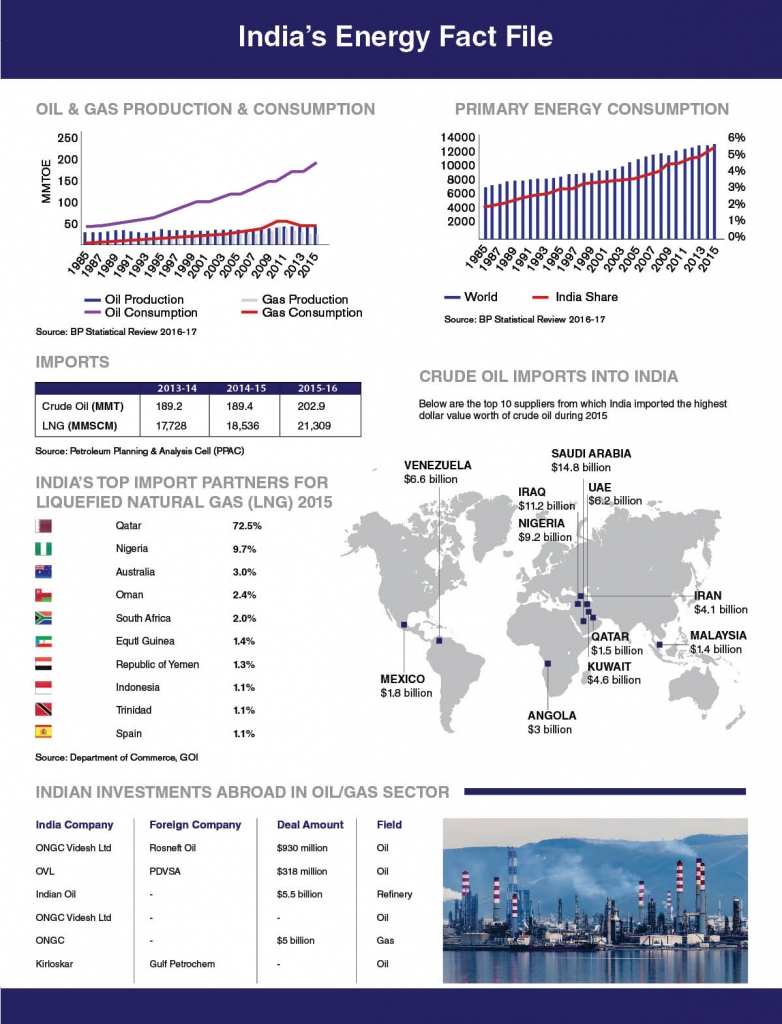