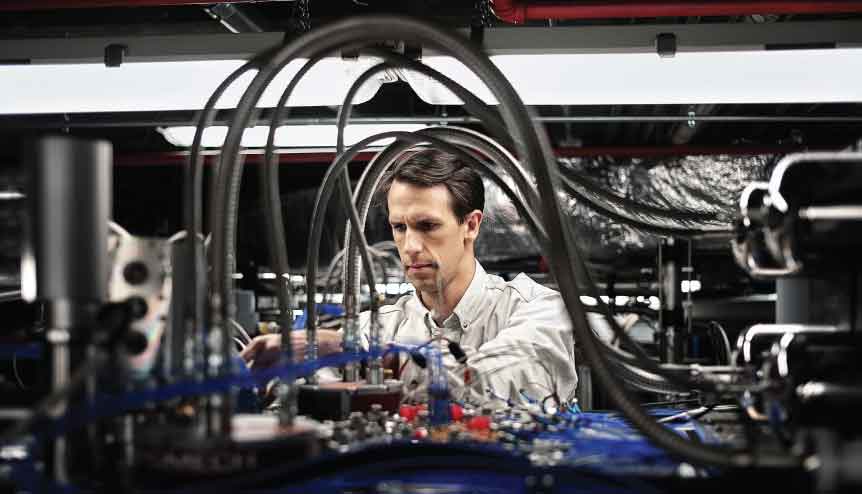 India’s ascendency in the new technological geopolitical world order will be underpinned by the collaboration between academia, the government and the private sector.

Researchers and engineers are pushing the frontiers of computing into the quantum realm. As advanced and emerging global powers make a concerted push to develop their quantum computing capabilities, the Modi government earmarked $1.1 billion spread over five years to support the National Mission on Quantum Technologies & Applications (NM-QTA).

Related stories: India needs a data security law more than ever before

Falling behind in this new-age technology race is not an option. India must embrace the opportunities that arise and counter the security challenges that emerge in this area. With cybersecurity, AI, banking technology and healthcare as major spheres of application, it becomes imperative to develop the necessary knowledge base, technical expertise and infrastructure for staying ahead of the curve.

Quantum computers will be used for specific purposes involving operations that use quantum superposition for computation parallelism. For all practical purposes, individual calculations are not necessarily faster than those done by classical computers but rather work to drastically reduce the number of operations required to arrive at solutions.

The physical limit of such calculations is defined by qubit “coherence time” which refers to the time a computer can hold a quantum state which holds the plethora of possible solutions. As collaboration with materials science and Quantum Error Correction experts improves, the coherence time is rising, thereby enhancing the device’s ability to perform more advanced calculations.

The Google Quantum Supremacy Experiment demonstrated the power of this technology, showing that calculations which would take 10,000 years on a supercomputer could be done in minutes on their platform. Simulation of abundant scenarios and running complex operations means that as the technology advances, it can be applied to a range of fields. Reflecting the array of end uses, the list of major players and partnerships cover a wide spectrum.

D-Wave was the first private firm to make a foray into quantum computing. Steadily forging partnerships with a range of academic institutions, NASA and private tech firms, it consolidated its first mover advantage. Holding highest number of patents, it has now become a preferred partner for the defence industry to the extent that it is co-developing AI-harnessing autopilot software with Lockheed Martin.

Start-ups too have found success. Rigetti Computing, a product of the Y Combinator, eventually secured Series B funding from the likes of Andreesen Horowitz to pursue development of “full-stack” or integrated end-to-end capabilities. 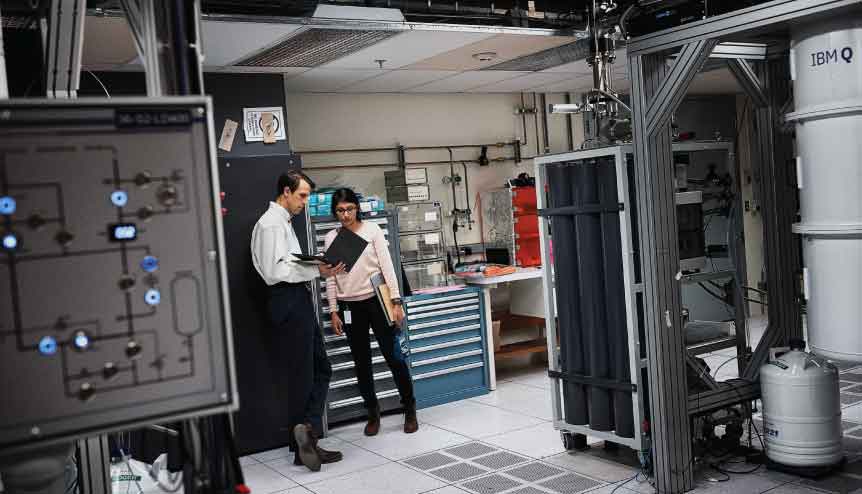 Quantum devices can process, store and encrypt information in ways that have no counterparts in the classical domain.

Today, Rigetti is one of the industry leaders. Google, IBM, Intel, Honeywell, Microsoft, Fujitsu, Toshiba and Hitachi have leveraged their leading positions in the technology arena to build out their capabilities, while leaning on university-based research and a steady stream of academics moving from feeder institutions to the private sector. China’s Alibaba, Baidu and Huawei are growing rapidly, although the lack of transparency and close relationship with the Communist Party has raised major security concerns in the international community.

Addressing this, Northrup Grumman, Lockheed Martin and Raytheon stand out with the backing of the US government agency IARPA (Intelligence Advanced Research Projects Activity), developing critical hardware to harness early-stage capabilities of the technology and using their corporate venture arms to invest in startups. 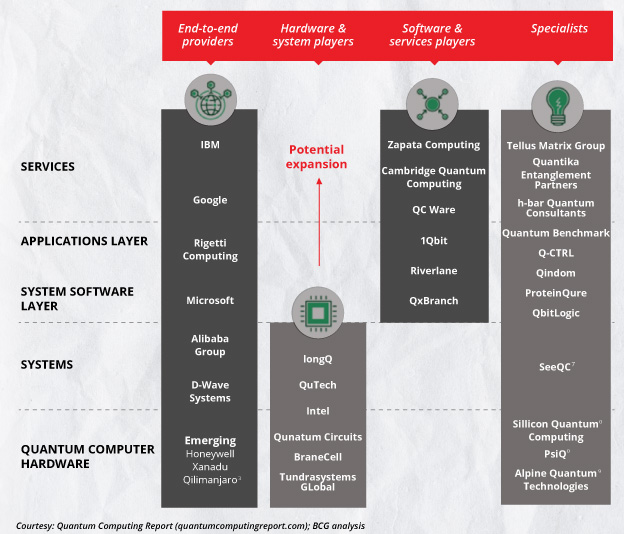 Where does India stand?

India’s public sector quantum computing efforts has largely been siloed, with the DRDO and ISRO working on encryption and satellite communication respectively. Complementing this, the government sanctioned $11 million for investment in 51 projects in 2019. This is to be supplemented by a $40 million capital injection after a three-year period. Meanwhile, DRDO’s Young Scientists Labs set up a quantum incubator in IIT Bombay this year. Meanwhile, IISc Bangalore has a dedicated quantum initiative which over the next three years, plans to extend its strong theoretical work into the practical domain. 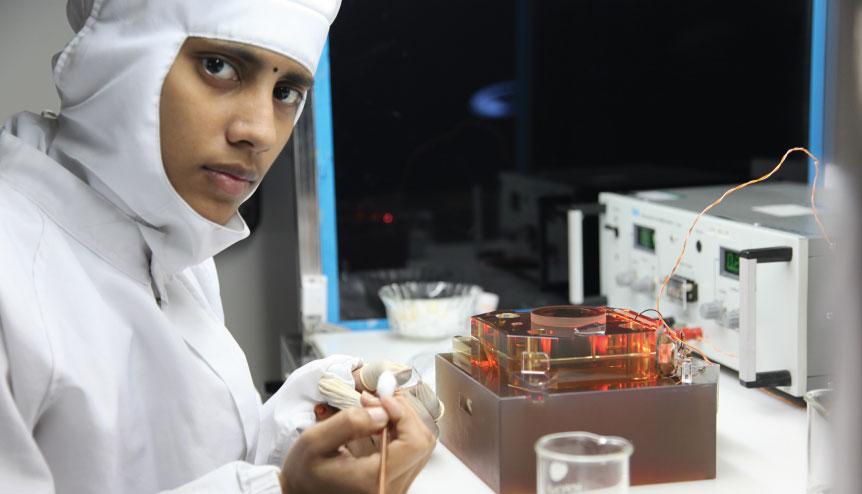 Amongst private players, Bangalore-based QNu Labs currently offers security products for the cloud-based data utilising quantum resilience, and received a positive reception at the 2020 Defence Expo. Meanwhile, QpiAi Tech is taking a plunge in hardware space, aiming to create a hybrid classical-quantum chip which acts as an optimisation processor.

The industry is at a nascent stage, although the green shoots are promising. The budget size suggests that the government will back projects with multi-year gestation periods for the long haul. Moreover, it reassures Private-Public Partnership investors that the state can bridge potential troughs in the “technological hype cycle.” While the $1.1 billion commitment is expected to have a cascading effect across the sector, the years ahead will have to see a fundamental transformation for dividends to be reaped.

India has just a few hundred quantum computing specialists. To boost human capital, there should be a concerted effort to encourage successful NRIs working on quantum computing in the US to return to India. The sector must also raise the quality of collaboration and extent of cross pollination of ideas to ensure the country’s progress accelerates. Much like in California, Bangalore’s innovative ecosystem has grown out of an existing tech and academic environment. For the NM-QTA to be successful, this existing ecosystem would have to grow. 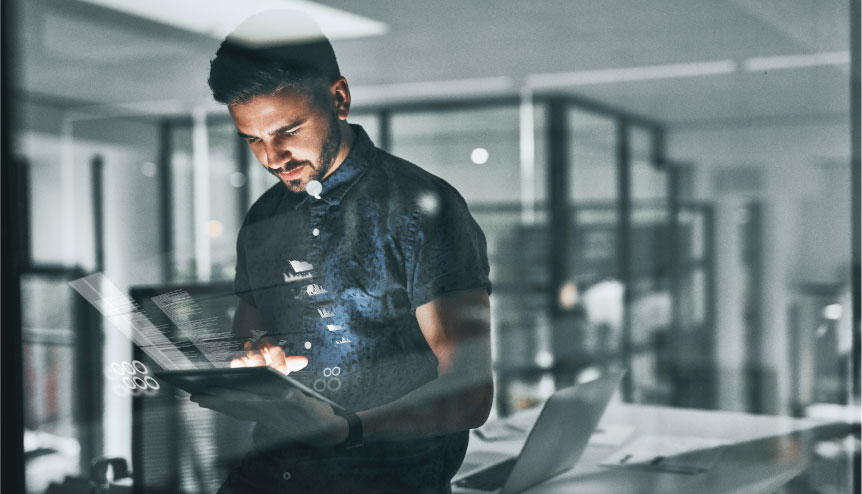 The budget is significant by international standards, rivalling that of the European Commission. If it is utilised efficiently in line with a comprehensive roadmap, it should help lay a solid foundation for advancing academic research and attracting FDI. As cited by several industry participants, nurturing a domestic hardware industry is critical for building on existing and new theoretical work.

Collaboration with the likes of Tata Advanced Systems whose parent company has consistently contributed to Indian scientific pursuits, will enable DRDO to leverage an existing platform that has a proven track record in materials engineering and particle physics research. Like Lockheed Martin does, DRDO can also partner with private quantum computing firms for autopilot simulations for armed drones like the “Ghatak,” helping build out India’s military-industrial-technological complex.

The sharp rise in cyberattacks by authoritarian emerging powers that disregard the international rule-based order, stands testament to how cutting-edge technologies are used in modern warfare. These states and are known to follow the “Harvest Now Decrypt Later” strategy which involves collecting and storing vast amounts of data, only to decrypt and weaponise it later, when quantum technology catches up.

Dams, nuclear power stations, power grids, nuclear installations, air traffic control, digital wallets, and digital communication are all at risk of hacking as they use encryption to secure themselves. Similarly, corporates’ IP protected data and technologies are quite literally kept under digital lock and key. They often employ RSA encryption which involves prime factorisation to create secure public keys, which has so far proven robust. 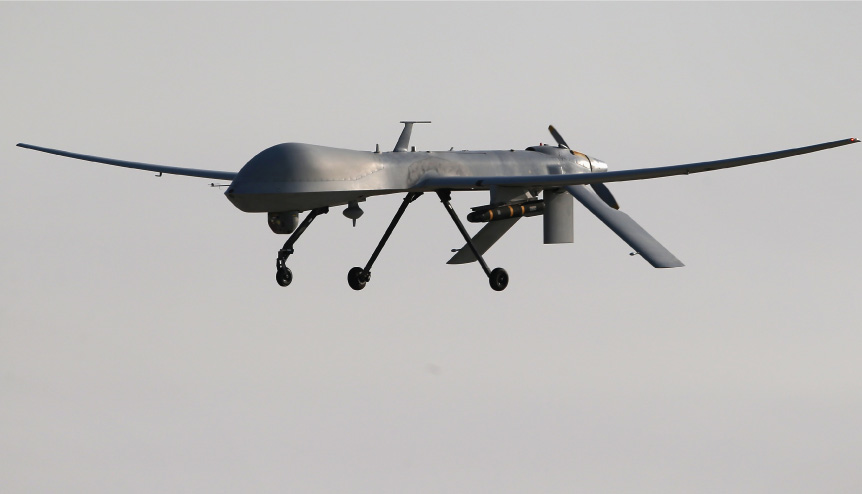 As quantum computers run an exponentially large number of simulations at a single time, it is getting closer to being able to crack such codes. For example, Zapata, a US-based startup working with IBM, managed to do so with a 13-digit prime number. While the more advanced Shor’s Algorithm for encryption currently holds primacy, it might not as technology develops in the coming decade. For this, encryption methods need to be upgraded in lockstep with quantum capabilities to ensure critical data and assets are not compromised and control handed over to rogue actors. 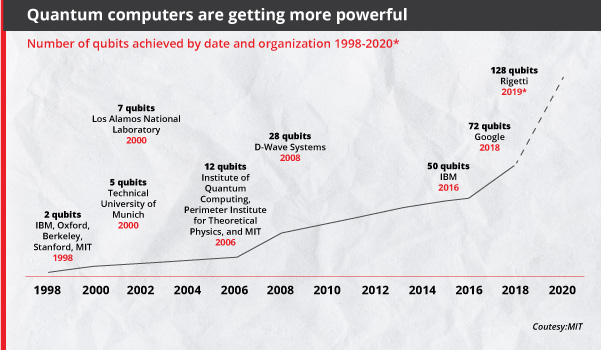 RSA-2048 is the most secure encryption used in the banking space, and while it would take a classical computer 300 billion years to decrypt it, a quantum computer with 20 million qubits could crack it in eight hours. Banks are awakening to the potential threats lurking in the future and are working with tech giants to explore how they can secure themselves.

Barlcays tied up with IBM, and a new breed of fintech firms are positioning themselves in quantum encryption from the get-go. In the Indian context, the vast banking penetration under the Jan Dhan Yojana may leave hundreds of millions of citizens less secure unless the government steps up its cryptography initiatives. The sheer size of the Indian retail and commercial banking space means that the NM-QTA will have to ensure that local companies and government agencies collaborate on digital banking security transformation in the coming years.

Scientists are now able to study the quantum nature of chemical reactions and are looking to optimally design synthetic molecules. The ramifications will be profound in areas like fertiliser development, an industry that consumes around 3 per cent of global energy. Furthermore, the development of efficient batteries and solar panels will also accelerate. For India, a nation which is amongst the top fertiliser and energy consumers in the world, advancement in this field could go a long way to help the country achieve its sustainability goals.

Covid-19 has brought forth the importance of running complex simulations to model the spread of disease as well as come up with effective drugs and vaccines. The pharmaceutical industry is already adopting adaptive AI learning, and with quantum computing at their disposal, a plethora of opportunities await. While India’s pharmaceutical industry has largely been focused on generics, existing institutions have the financial wherewithal to branch out into innovation.

In a new world order defined by multipolarity, an emerging power like India must take the necessary steps to mitigate the risks posed by falling behind in the quantum computing race. Making its $1.1 initial investment in the NM-QTA have a multiplier effect across industries and academia will be critical in this pursuit. 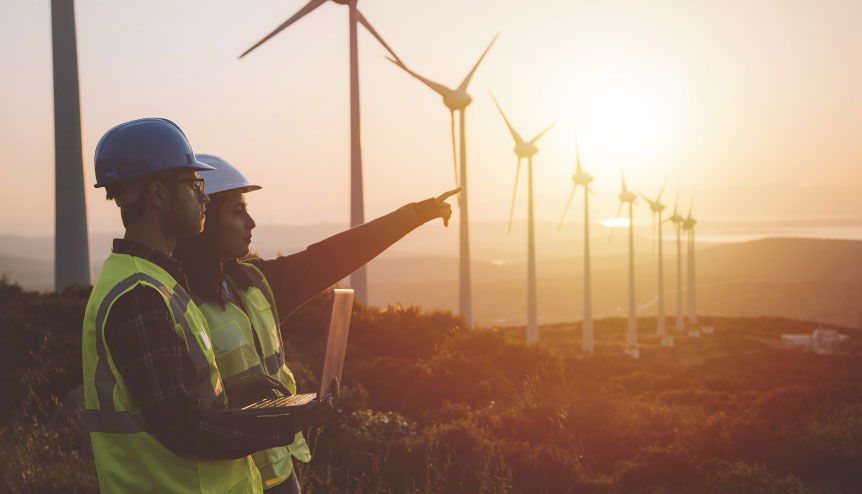 Advancement in quantum computing could go a long way to help India achieve its sustainability goals.

Becoming a leader and reliable international partner in the development of frontier technologies like quantum computing will have significant positive externalities across the board, from cryptography to medicine and from defence to international relations. The emergence of the US military-industrial complex defined the country’s place in the world as much as it created spinoff technologies that improved the human condition over the last century. India sits at an inflection point, and if develops its own unique military-industrial-technological complex, it will both secure itself for the future as well as contribute greatly to global scientific endeavour. 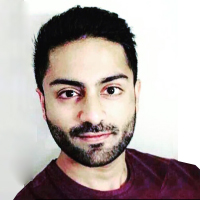