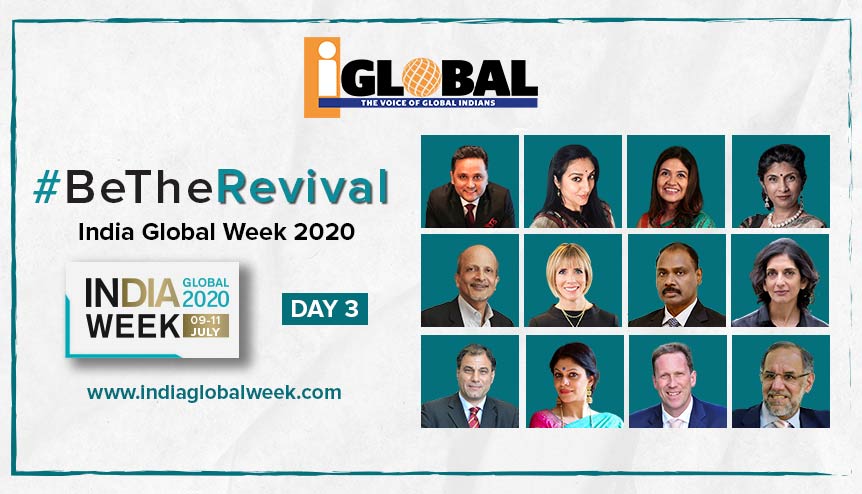 Drawing a link with her own Indian heritage, UK Home Secretary Priti Patel said she remains committed to strengthening the Living Bridge of Global Indians during a spe cial address at India Global Week 2020.

“Being from an Indian background myself, we remain really engaged and committed in our bilateral ties,” said Patel, addressing the event which attracted over 10,000 registered participants from over 60 countries around the world.

“With Covid, and now as we move to a post-Covid world, this is an important time to look to the future and build upon shared UK-India values,” she said.
The Cabinet minister also highlighted the UK government’s many Global Indian friendly steps, from a fairer immigration regime to an inviting trade and business environment.

She said: “Our relationship with India is deeply rooted in shared history, culture and our people to people ties. It is difficult to think of two other countries so deeply intertwined as the living bridge between our nations strengthens.

“Our partnership for the future is based upon our shared values and determination to be a force for good as we collectively embark upon new challenges and new shared opportunities.”

Patel was only one among a host of senior UK Cabinet ministers to address the three-day virtual event, inaugurated by Indian Prime Minister Narendra Modi on July 9.

UK Foreign Secretary Dominic Raab said: “As leaders in the international Covid-19 response, the UK and India also co-authored the G20 Action Plan, providing an immediate package of $200 billion of global support to the most vulnerable countries around the world.

“A vaccine developed in Britain and manufactured in India, if successful in clinical trials, will reach a billion people across the developing world, thanks to Oxford University and India’s Serum Institute. We also believe our friendship with India will be crucial as the UK fulfils its ambition to be an even stronger force for good in the world. When the UK hosts COP26 in 2021, we will need to be key partners in tackling climate change.”

Besides, UK International Trade Secretary Liz Truss participated in the Partners in Revival session of the summit, during which she also referenced the importance of the partnership in a Covid-19 hit world.

She said: “During the Covid crisis, we have been working with India to keep supply chains open and keeping trading routes alive and as we emerge from Covid, it is vitally important we don’t move to protectionism.

“On the trade side, we are not letting the grass grow under our feet and the UK and India are carrying on negotiations virtually given the current crisis.”

And, UK Health Secretary Matt Hancock completed the line-up of frontline ministers, when he opened the Healthcare session.

“Prime Minister Modi has called India the pharmacy of the world, and it’s true. Around 40 per cent of UK medicines have some parts of their manufacturing in India,” he said.

Lord Tariq Ahmad, Minister of State for South Asia and the Commonwealth, and John Murton, the UK government’s COP26 envoy were among some of the other speakers at the India Inc. Group’s annual conference, themed for 2020 as #BeTheRevival: India and a Better New World.

“There are few countries that share the people-to-people connections as the UK and India. This was demonstrated earlier this year when we repatriated more than 15,000 British people from India – the largest repatriation operation from a single country since the Second World War,” said Ahmad.

“As we adjust to the new post-Covid world in the coming months, I know that these people-to-people links will help future generations to build back better. The Living Bridge between our countries – on show at India Global Week – will grow back stronger,” he said.