Skip to content
Can Pharma remain the poster child for Make In India?

Can Pharma remain the poster child for Make In India? 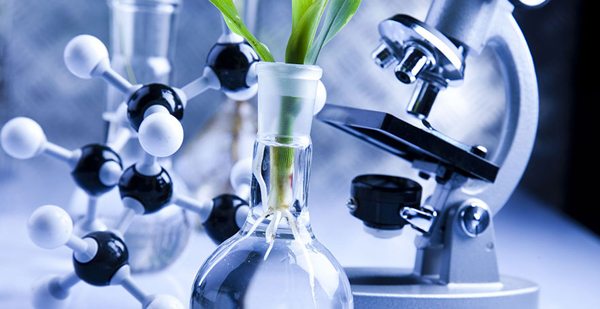 There has been no better ambassador than the Indian pharmaceutical industry for the country, be it economically, diplomatically or being the poster child for Make In India. India Inc. explores the sector’s success as an exporter. 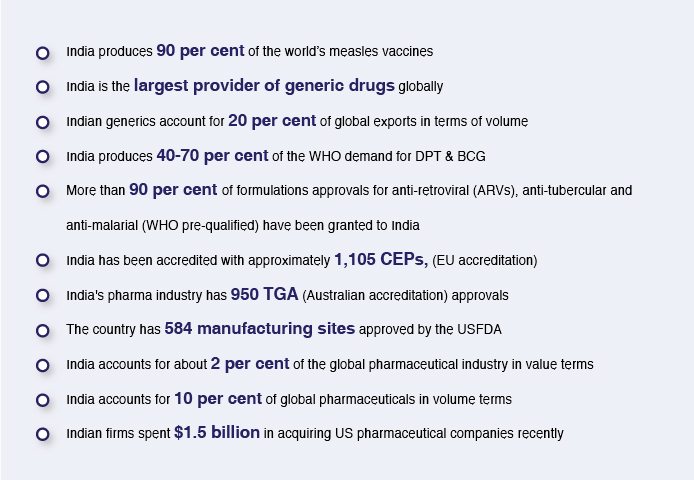 As shown in the preceding table, India is by far the largest producer and exporter of branded generic drugs and accounts for 20 per cent of the global market by volume.

In pure economic terms, pharmaceutical exports have been a resounding success delivering a compounded annual growth rate of almost 21 per cent over the past decade. It is not only a pharmaceutical success story – it is a Make in India success story. Products are manufactured in India and exported to over 200 countries in the world.

The US is India’s largest pharmaceutical market and receives slightly more than a quarter of India’s exports in this sector. Significantly, Indian products have captured 40 per cent of the generic drugs market in the US, which incidentally is the largest in the world.

Indian medicines reach not only developed markets such as the US, the European Union and Australia but also much of the developing world as well. As the table below shows six out of the top 10 countries that India exports to are either members of BRICS or are developing countries.

Africa is a prime example of developing nations benefitting immensely from Indian pharmaceutical exports. It is a genuine win-win equation and the relationship forged there went far beyond immediate economics. It helped India project its soft power.

In the 1990s, the AIDS virus was ravaging the African continent and killing millions in its wake. Although by the end of the 20th century, there were drugs available to save lives, the costs were prohibitive and, therefore, only a very small percentage of the affected population had access to treatment.

In 2001, Indian pharmaceutical company Cipla, with support from then PM Atal Bihari Vajpayee’s NDA government and international partners such as WHO and Clinton Foundation, reduced the prices of life saving anti-retroviral drugs from around $10,000 per annum to less than $400 per annum. Other Indian manufacturers’ followed suit. It was an economic and diplomatic coup.

By 2009, that percentage of AIDS-infected Africans with access to treatment rose to 37 per cent and by 2015 almost 12 million of the 26 million infected Africans had access to anti-retroviral drugs. Indian generic medicine continues to play a significant role in saving lives as the continent seeks to remove AIDS as a threat by 2030.

India’s generic medicines, available at a fraction of the price charged by western pharmaceutical giants, have been instrumental in saving millions of lives in Africa. Much of these drugs for Africa are procured through the UN route or through large international development agencies and non-profits such as the Bill and Melinda Gates Foundation, The Clinton Foundation etc.

The trust and goodwill earned by India and the pharmaceutical industry in Africa continues to pay dividends far beyond the sector including arguably on PM Modi’s ambitious International Solar Alliance.

The common thread that binds both initiatives is India’s soft power approach. A win- win approach with an aim to improve human lives, especially those most marginalised alongside wider economic growth.

By all accounts, the pharmaceutical industry’s role as an Indian ambassador has been a major asset to India both economically as well as diplomatically. However, despite its successes, the industry faces major headwinds in the export front and some analysts doubt whether it can reach the $16 billion mark in exports this fiscal year.

The slowing growth rate of exports is a concern. The rate of growth in the last two years has been minimal and despite posting $15.32 billion in 2015-16 analysts are wondering whether $16 billion for the next fiscal is an achievable target.

The US is the most lucrative for the Indian pharmaceutical industry, but it is increasingly delivering lower marginal rates of return. This is primarily due to prices of generic medicines dropping 20-30 per cent in the last 19 months in the US. 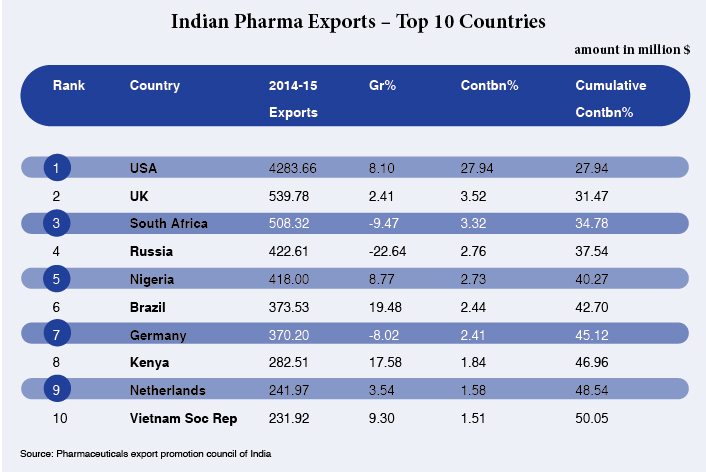 The fall in prices is due to consolidation in the pharmacy market in the US, which has created a few dominant buyers in the market with significant power. Dominant buyers compounded by competition from China and other South East Asian countries have forced Indian drug makers to work with much reduced profits especially in developed markets such as the US.

Local currency depreciation against the US dollar in some of India’s biggest markets such as Russia, Venezuela and Nigeria has meant that their purchasing power has reduced significantly. This has had an impact on Indian medicine exports.

It is estimated that Gujarat alone has lost out about 30 per cent of its usual turnover of almost $500 million from the African market for pharmaceuticals due to currency depreciation.
Inability to conform to good manufacturing practices

This is the biggest threat to the reputation of the Indian pharmaceutical industry as well as, by extension, the Make In India brand.

Indian companies have been repeatedly penalised for withholding data, fabrication of data as well as easily manageable factors such as adequate hygiene standards. In many instances, organisations including leading players such as Sun Pharma have been banned from selling certain drugs in the US and other markets.

Complaints have come from all parts of the world including Europe and even Africa and this is denting India’s hard earned goodwill and adversely impacting Prime Minister Modi’s flagship Make in India initiative.

This concern of quality must be addressed. India doesn’t seek to, nor should it follow China’s example and pursue low cost manufacturing with dubious quality. Instead, Make In India must stand for, above all, quality products. The Indian pharmaceutical industry has a responsibility to live up to those standards and must do so.