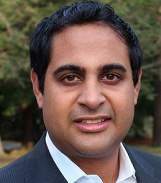 In my upcoming book ‘The India-U.S. Partnership: $1 Trillion By 2030’, I suggest that the United States and India should be thinking about economic integration levels that befits the world’s second and third largest economies. It is simply not enough to try and achieve $500 billion in bilateral trade by 2030, as many have suggested. By that point, America’s bilateral trade with China may have surpassed $3 trillion, and that with Mexico may have surpassed $1 trillion.

My interviews with 62 senior executives in business, civil society, academia and government in the United States and India confirmed that India remains an economic partner with great potential. But to achieve its potential as a partner of the United States, India will need to implement structural policy reforms, but also heavily invest private funds in institution building, R&D, innovation and entrepreneurship.

The good news is that we have seen US-India trade take off before. In the 1990’s, we were able to achieve a forty-fold increase in foreign direct investment in India by Americans – in particularly in the IT sector. The result is that today, 20 years later, American companies have deep ties to the Indian technology sector and faith in the capabilities of “India Inc”.

Indeed, several of the executives I spoke with commented on how strong India’s position is today. Over the last 20 years, India’s professional class has proven its ability to solve complex global problems. Secondly, India now has its own multinational companies – Tata, Mahindra, Infosys and others. And lastly, the low-cost of entrepreneurship brought about by cloud computing, crowdfunding and do-it-yourself software is, and will be, a boon to Indian entrepreneurship.

But for India to truly take advantage of all of the opportunities provided by the global economy, it will need to create Version 2.0 of its own technology sector. First, it will need to upgrade the skills of its IT workers in order to move into new industries. And secondly, it must build the infrastructure to collaborate with the United States in areas of new technologies and innovation.

India needs a software upgrade to its IT workforce so that it can integrate with other areas of the economy with the same vigour that it has done with banking, finance and consumer goods. In the defence sector, more weapons systems and military operations, particularly for the United States, require complex software and operating systems.

In the energy sector, the growth of the smart grid worldwide plays to India’s computational strengths. And of course, the growth of advanced manufacturing and “Internet of Things” will require a big IT workforce to support. But India’s IT companies are not particularly global players in these industries, and will need to invest great resources in training their workforce in order to compete. The companies themselves will have to prepare for greater vertical and horizontal integration with these new industries.

Despite its huge IT workforce, and the reliance of India’s masses on mobile connectivity, India has lagged behind the United States in app creation. This has happened for the same reasons that it is lagging in areas like defence systems and smart grid.

India also needs a hardware upgrade so that it can jointly create new products and services with the United States. India is particularly well-placed to innovate and build domestic industries in areas like agriculture, synthetic biology, life science analytics, 3D printing and robotics. And it can get in on the ground floor for these technologies with the United States. But to do this, India must conduct a lot more R&D at universities, in labs and in its companies. It must invest in research facilities, in the researchers themselves, and have a regulatory framework that promotes commercialization. And it requires an investment in a “Silicon Swadesh” – the creation of entrepreneurial ecosystems in all of India’s major cities.

The sky is the limit for US and Indian economic integration. Let’s jointly create a Version 2.0 that gets us there.

About the Author: Nish Acharya