Only a brave punter will bet against Modi in 2019 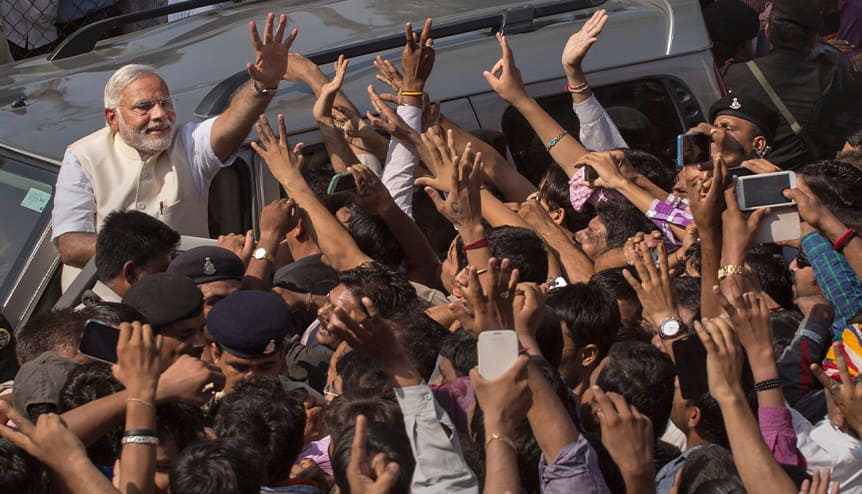 A very senior Western diplomat serving in Delhi is widely rumoured to have placed a wager against a big Indian industrialist that Modi won’t win in 2019.

The elections to the five Indian states are done and dusted. In an upset, the ruling BJP lost the three states, Madhya Pradesh, Chhattisgarh and Rajasthan. The Opposition Congress party won all three, although it also lost two other state elections, in Mizoram and Telangana quite badly.

A section of New Delhi-based commentators, who had declared these elections, like so many earlier ones all of which the Congress lost, the semi-final before the Lok Sabha polls due in May 2019, have already started writing obituaries of the Narendra Modi government.

Is that really the message that voters in the three Hindi heartland states that had voted overwhelmingly for the BJP in the 2014 General Elections (and the previous round of Assembly polls) are sending out?

To begin with, Indian voters have, over the past several decades very often voted differently in state and General Elections. The results of these three states offer an interesting picture.

In the 2003 Assembly elections, Madhya Pradesh, Chhattisgarh and Rajasthan voted in BJP governments at the state level with thumping majorities. In the Lok Sabha polls that followed barely six months later, the BJP government of Atal Bihari Vajpayee was voted out of power. Five years later, in 2008, Madhya Pradesh and Chhattisgarh again voted in their incumbent BJP governments to power but the Congress-led United Progressive Alliance (UPA) government led by Dr Manmohan Singh returned to power in 2009 with a larger majority than the one it had won in 2004. In 2013, all three states again voted in the BJP and Modi went on to sweep the General Elections the following year.

As the examples above show, there is little correlation between election  results in these three crucial states that send a combined 65 lawmakers to Parliament and the eventual victor of the Lok Sabha polls.

Then, a closer look at the election results in Madhya Pradesh and Rajasthan reveal that the BJP actually won more votes than the Congress! The BJP, which had ruled the state for three straight terms won 0.9 per cent more votes than the principal Opposition party in Madhya Pradesh. In Rajasthan, which has a history of alternating between the Congress and the BJP every election (this was the Congress’ turn to rule by that logic), India’s Grand Old Party won by a wafer thin overall majority of 0.5 per cent of all votes cast.

Now that doesn’t look like such a grand victory any more, regardless of what the Congress spin doctors say.

Then, Modi, who is widely acknowledged, even by the Opposition, as a major vote catcher in his personal capacity, did not campaign as doggedly as he is known to do, in the just-concluded round of elections. One major reason was his foreign travel commitments, which are made months in advance. He addressed only 26 election rallies across the three states each of which had a strong and easily recognisable BJP chief minister to lead the party’s election machinery.

In 2019, Modi will be the star campaigner and he will approach the electorate on the strength of his report card – 100 per cent household electrification, near 100 per cent housing for every citizen, 90 per cent coverage of cooking gas, low single digit inflation, lower taxes and easier tax administration. Also, an economy that is the toast of the world, as compared to one that was counted among the Fragile 5 when the UPA government demitted office, and one that has just broken into the top 100 ranks in the World Bank’s ease of ‘Doing Business’ list, up from 140 four years ago, and a corruption-free administration, will no doubt be significantly highlighted.

The icing on the cake is Modi’s pan-India personal credibility versus an open slate of till-recently feuding regional leaders with several Prime Ministerial aspirants.

No, it will take a very brave and foolhardy punter to bet against a second consecutive term for Modi and the BJP-led National Democratic Alliance (NDA).