Skip to content
One year of GST: Well begun but still a work in progress

One year of GST: Well begun but still a work in progress 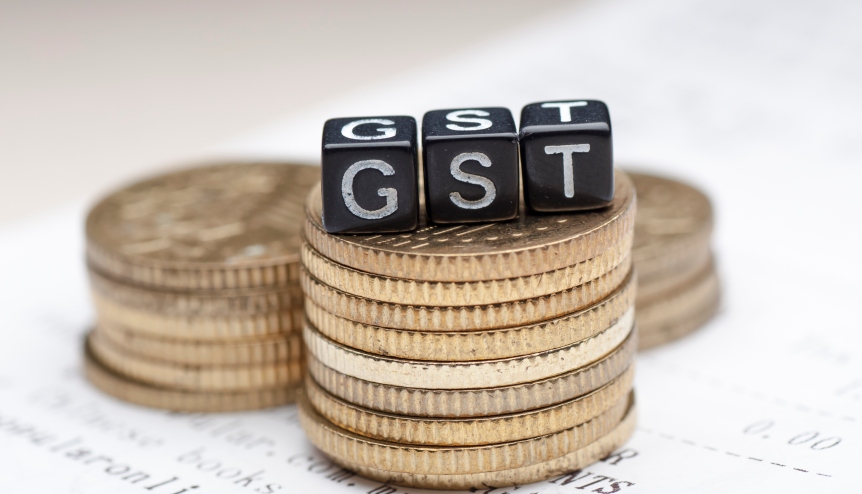 The early indications are that GST has led to a rise in revenue collections and shrunk the shadow market; this is leading to a massive formalisation of the Indian economy, which will generate huge demand for fintech products and services.

But these figures are still considerably higher than the pre-GST monthly collections of about $13 billion.

And as the tax stabilises and compliance improves, the Indian government is confident of hitting a monthly collection equalling the April figure before too long.

So, what does that say about GST and its rollout last year? Is it a success, as the Indian government is claiming? Or has it, as the Indian Opposition parties led by the Congress claim, failed to achieve the goals it was slated to achieve?

One year, most experts agree, is not enough time to pass judgment on GST, which, typically, take two or more years to stabilise but one year is long enough for early impressions.

Based purely on numbers, it must be said that the GST in India has led to greater formalisation of the Indian economy, improved collections, compliance and transparency, despite the expected set of glitches that accompanied its rollout.

That said, it must be noted that GST in India is still a work in progress. The authorities have rung in several changes and improvements and tweaked several rates over the last year and more such changes are likely in the coming days and even beyond.

The biggest positives from the GST rollout are the broadening of the tax base and the increased compliance that this has brought about.

According to A.B. Pandey, Chairman, GSTN, which controls the IT infrastructure of GST, a total of 1,12,15,693 taxpayers are registered with the GST system today of which 63,76,967 have migrated from previous tax regimes while 48,38,726 have entered the new tax regime in the first year of GST indicating a significant increase in the active taxpayer base.

As a result, monthly tax collections have also registered a steady increase, averaging about Rs 90,000 crore for the year under review before perking up smartly after April following the introduction of the e-way bill (more on that later).

This also shows up by way of improved compliance. Despite the initial and expected teething troubles and IT-related glitches, there is a marked increase in the number of returns filed. Result: compliance level had touched 65 per cent in April compared to 55-57 per cent six months before.

… and some remaining pain points

As India’s Finance Secretary Hasmukh Adhia said recently, the GST Network, which is tasked to provide the IT backbone for the smooth operation of the tax administration process, needs to be improved considerably to ensure seamless operations.

“Since we had to meet a certain deadline, we needed to hurry up the process. Somewhere, I made a reference about the technology failing us but that does not mean that the people in the GSTN failed us. Marvellous people work in the GSTN and despite their efforts, the GSTN still fails us,” he said at a function organised by the Federation of Indian Chambers of Commerce and Industry (FICCI) on “One Year Journey of GST”.

A survey by FICCI shows that 59 per cent of businesses said they were not happy with the functioning of the portal, while an overwhelming 96 per cent wanted various improvements.

The main pain points were delays in the portal showing payments, difficulties in correcting errors after submission of returns and the lack of mechanisms to resolve these issues.

The Oppositions’ fear was justified as weeks before the GST deadline, Infosys had informed the Finance Ministry that they would not be in a position to put up the computer programme necessary for the GSTN by July 1 and, therefore, it won’t be rolled out. However, the government still went ahead with the scheduled launch.

Ajay Sahai, Director General and CEO of Federation of Indian Exporters Organistaion (FIEO), was quoted in the media as saying: “More than Rs 10,000 crore ($1.5 billion) could be stuck due to software challenges. There are exporters who have been waiting for last 12 months for their refunds and there are exporters, who are unable to file claims due to non-modification of the software.”

These issues are addressed and are expected to be resolved soon.

“I see that second year will bring a lot of stabilisation to the GST,” Somesh Kumar, Principal Secretary (Commercial Taxes), Government of Telangana, told an Assocham meeting recently.

Best yet to come

Most experts accept that India has faced much fewer glitches and much less disruption while rolling out GST compared to other countries.

Stating this in so many words, Finance Minister Arun Jaitley said the best of the new regime in terms of contribution to society is yet to come.

“I myself used to use the word disruptive when it came to major reform like GST because it takes time to settle down. But after one year of experience I’m not too sure whether I can use the word disruptive for GST reform… The smooth manner in which the changeover has taken place is almost unprecedented anywhere in the world. I’m sure we have seen the first year where we have seen effective gains this is only the short-term or at best medium term of GST, that the best of GST in terms of its contribution to society is yet to come,” he said via video conference at a function to mark one year of the new tax.

It is perhaps India’s worst kept secret that a large amount of business transactions are not reported to the tax authorities, leading to the generation of unaccounted money, called black money in local parlance, which, in turn, leads to a host of downstream dishonest practices such as bribery, political chicanery and worse.

As the figures cited earlier in this report show, the rollout of GST has led to both a rise in revenue collections as well as an increase in the number of assessees who have begun to file tax returns. 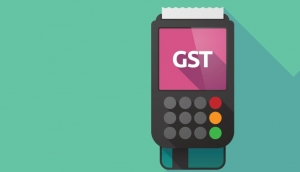 This is a massive achievement in a country where the tax-GDP ratio has traditionally been far below the levels of not only the developed countries of Western Europe and the US but also many of its Asian peers.

But GST, which creates an end-to-end digital trail, makes it very difficult for an individual assessee to escape the tax net. The recent launch of the e-way bill for the transport of all goods valued at more than Rs 50,000 ($600) and the use of sophisticated data analytics tools on the huge volumes of tax data being collected makes it even more difficult to do so.

And as business turnovers and incomes are reported to the tax authorities, it is becoming impossible for business owners to hide their incomes as well. Indications to this effect are available from the 44 per cent rise in advance personal income tax collections and 17 per cent growth in advance corporate tax collections in the first quarter of the current financial year.

One common complaint against GST in India is on the multiplicity of rates and the number of items in the highest rate bracket of 28 per cent.

Both Prime Minister Narendra Modi and Finance Minister Jaitley have ruled out the Opposition demand for having only one rate saying, with full justification, that in a country like India where a large number of people are still poor, a Mercedes Benz limousine – a proxy for luxury goods used by the rich – cannot be taxed at the same rate as milk, which is an essential item.

But, as promised at the time of the rollout of the tax, the GST Council, which is chaired by Jaitley and comprises the finance ministers of every state, has progressively reduced the number of items in the high tax bracket.

In January this year, the Council reduced the rates on 177 items mainly in the 28 per cent slab to lower slabs but also in other tax slabs. Among the goods and services on which rates were reduced were buses and cars, some grades of fertilisers, bio-diesel, sugar, LPG cylinders, scientific equipment and various other items.

A year after its introduction, collections are showing an upward trend and the systems supporting the tax are stabilising. With the benefit of hindsight and with a better practical understanding of what is working and what is not, the GST Council proposes to ring in as many as 46 major and minor changes in the GST regime to make it more tax-payer-friendly and to improve the ease of doing business.

On the anvil are an improved version of the Reverse Charge Mechanism, a clearer definition of services for composition scheme and input tax credit and no transitional credit for cess.

The entire backbone of the GST regime is IT-enabled. Larger companies have been first off the block in upgrading their IT systems to make them GST-compatible. But many smaller companies are still struggling to come to terms with the technology aspect of the new tax regime.

This offers a multi-billion-dollar opportunity for domestic and foreign IT companies as well as consultancies to offer tailor made solutions for the issues faced by these companies.

Even the large companies will have to, from time to time, modernise and improve their internal systems to cope with increased automation in their businesses and particularly in the tax regime. This, again, will offer IT vendors and consultancies new avenues to grow their businesses on the back of India’s GST regime.

Then, as the incidence of black money reduces and the size of the shadow economy shrinks, more and more individuals will opt – and are opting – for digital transactions even for their day-to-day needs.

India’s PayTM and RuPay are already large players in this market, the former having already emerged as an Indian Unicorn. The growing Indian market for such transaction offers massive scope for entrepreneurs not only to set up rival platforms but also to provide hardware and consultancy to these and emerging players.

A vote for cooperative federalism

Prime Minister Modi has often spoken of his vision for cooperative federalism to drive the Indian story forward. The rollout of the GST and smooth functioning of the GST Council bears testimony to the success of his vision.

In his one-year address to mark the rollout of GST, Jaitley thanked everyone who played a role in its rollout and singled out the GST Council, saying: “While several nations faced severe consequences of implementing a ‘one nation, one tax’ rule, an unprecedented cooperation between states and Centre and financial bodies made it a success in India.”

He thanked all political parties and all previous finance ministers and credited them for their contributions to this tax reform.