On the path to revival

On the path to revival 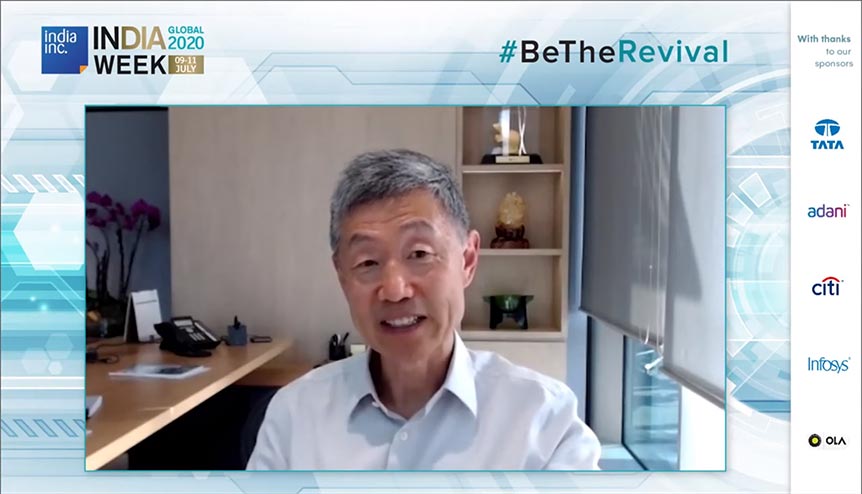 Dr Weijan Shan Chairman & CEO of PAG & author of “Out of the Gobi” reflects on the tough years he spent in the Gobi desert and what resilience means to him.
#BeTheRevival

Endurance and revival have taken on a new meaning during the pandemic. The impact of the coronavirus as it continues to rampage across the world, bringing life as we know it to a standstill, means that we now have to adapt in order to survive. Concepts of community, neighbourhood, conducting business, networking have all been upended. And just like that, humans, traditionally social creatures, are now expected to isolate and follow a new normal in order to cope and survive.

Having lived through the Cultural Revolution in China, Dr Weijan Shan is well acquainted with sudden, chaotic and wide sweeping change. Shan managed to come out the Cultural Revolution like the proverbial phoenix, rising from the ashes of social, economical and political chaos. Today, he wears many hats and holds many degrees: He’s the Chairman and CEO of PAG, has led a number of landmark transactions, has a Masters, PhD and an MBA. Yet, he did not finish to school.

The boy who survived the desert

Imagine being stuck in the Gobi desert, on of the largest deserts in the world, with very little food and water, with endless days of tough manual labour. It gives the word endurance a whole new meaning.

“All of us had to spend our time doing hard labour. In the winter it was extremely cold, -20, -30 degrees celsius and we had to work on a frozen lake to cut weeds which were then sent to paper mills. In summer, we had to till the land under the blazing sun and try to grow crops in the Gobi desert.” Shan shared at India Global Week #BeTheRevival

“The hardest thing was not having enough to eat and we worked there for two meals a day in return for hard labour.” 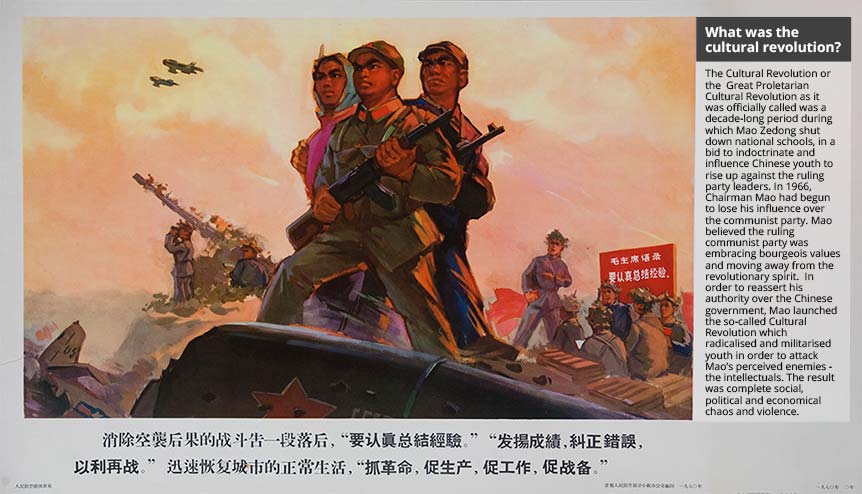 Out of the Gobi 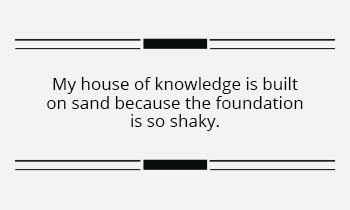 The Cultural Revolution banned education in China, closing down all schools as a first step in radicalising youth. So how did Shan manage to go on and get higher education in the United States?

“After work many people wished their time away by playing poker or chess. I tried to educate myself and study, which was frowned upon and I got into trouble for studying but I still did.” Access to books, of course, was a problem.

“In fact there weren’t many books and my study was totally random,” Shan confessed. “I just read whatever books I could lay my hands on. Sometimes I would find a high school chemistry book and I would read it like a novel. And maybe a month or two later I would find a junior high school chemistry book and suddenly something that I read a couple of months before would start to make sense. That is how I tried to gain some knowledge.

I always say, my house of knowledge is built on sand because the foundation is so shaky even though I have three graduate degrees from America, even though I have a PhD, I taught at the Wharton School at the University of Pennsylvania, my foundation is shaky because we missed 10 years of secondary education. But I read whatever I could find and therefore I have to say my knowledge is also very broad.

Shan is an exception to the rule though. It is a testament to his determination to pursue knowledge within a system that was constructed to cripple it. Not everyone, however, made it out of the Cultural Revolution well. 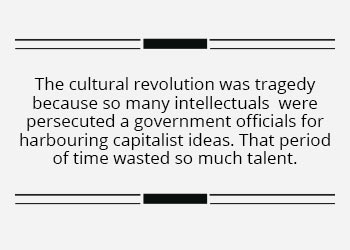 “When this entire ordeal was over many years later I was able to resume my education but most of my friends were not so lucky. Because after ten years, when the cultural revolution was over… and when they went back to the cities, it was exceedingly difficult to find jobs without any education or the requisite skills.”

Shan is an open critic of the Revolution. “The cultural revolution was tragedy because so many intellectuals were persecuted a government officials for harbouring capitalist ideas. That period of time wasted so much talent. There was no education for the 800 million people living in China at the time for ten years. It was a total waste of human capital.”

Despite facing some trying times, Shan still has positive attitude towards life. What’s his secret? “Humans are never content. I suppose that if you have been through hardships then you have a tendency to be content.” he smiled. “ I am pretty content with my life today.”