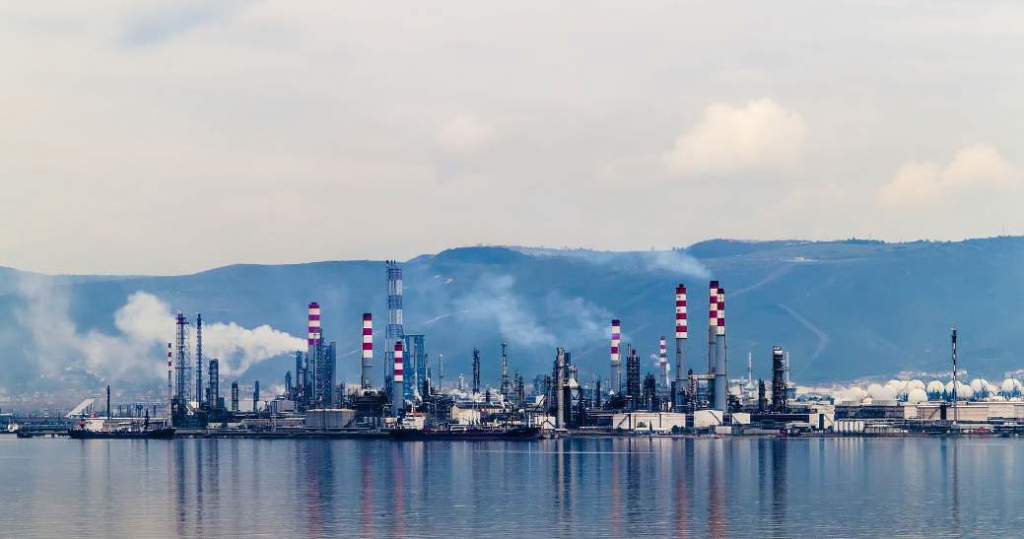 Bold policy initiatives and a move towards tapping India’s natural gas potential are set to transform the oil and gas industry in the country.

The deal sees Rosneft along with its two partners, Trafigura and United Capital Partners, acquire 98 per cent stake in Essar Oil, which has a 20 million tonne per annum refinery in Gujarat and is India’s second-largest non-state refiner. The Russian consortium also acquired the Vadinar port, making this not only the biggest deal in the oil and gas sector in India but also the largest foreign direct investment (FDI) in the country till date, upstaging Vodafone’s 2007 acquisition of a controlling stake in Hutchison Whampoa Ltd’s mobile business in India.

The high valuation for the stake at a time when global commodity prices are tepid highlights the potential for growth of India as a market for oil and gas. Already, India is the third-largest oil consumer in the world and two-thirds

India’s energy demand will be more than double by 2040 as the economy will grow to more than five times its current size. A six million barrels per day rise in oil use is the largest projected for any country’s oil demand as 260 million new passenger vehicles will be added.–Dharmendra Pradhan, Indian Minister for Petroleum & Natural Gas

of its domestic oil requirement is imported. An uptick in economic activity in this fiscal has seen demand grow fastest in a decade in the first half of fiscal 2017. According to the International Energy Agency, India is tipped to top the list of largest oil consumers in the world, surpassing China and the US in the process. India was also the fourth largest liquefied natural gas (LPG) importer in 2015, accounting for 5.68 per cent of global imports. Demand is slated to double in the next five years.

The persistent need for energy, a pre-requisite for any growing economy, and an overt dependence on imports that results in hard earned dollars flowing out of the country has belatedly pushed the government into looking at increasing production within the country.

Tucked far away on the Western border of the country in Rajasthan surrounded by barren Thar desert from all sides, Barmer has always been the quintessential sleepy little town. Despite being the fifth largest district in the country in terms of size, its population of just 2.6 million makes it one of those places bookmarked for punishment postings for bureaucrats, civil servants or police officers. Yet, the destiny of the city changed forever in 2004 when British firm Cairn discovered oil deep within its sandy top soil.

As the company set up its camp offices and started acquiring land for the project, property prices soared, infrastructure development kicked off and hotels and malls mushroomed in the city. Oil put Barmer on the world map.

“Land prices have shot through the roof. The discovery has changed the city forever,” says Lalit Kumar Kiri, a local who was a beneficiary of the oil discovery by providing supplies and services to Cairn.

For a country that guzzles energy to the tune of 700.50 million tonnes oil equivalent every year and imports nearly 80 per cent of its crude oil requirement, discoveries like these ought to be numerous. Instead, they are few and far between. Domestic production of crude oil has either remained stagnant at 1 million barrels per day for the last three fiscals or merely inched up from 0.7 million barrels per day six years ago. In absolute terms, domestic crude production of 33 million tonnes in 2015-16 was actually lower than 38.76 million tonnes of 2014-15.

Worse, demand is only likely to go up. Exponentially. India’s middle class that is often at the centre of this thirst for energy is only 22 per cent of the population today but is expected to jump to 45 per cent by 2030. This would mean more people aspiring to buy cars. As it stands, India has just 40 cars per every 1,000 people today, which compares unfavourably to the world average of 168 per 1000. As more cars hit the roads, demand for fuel would also go up proportionately. By 2040, India is tipped to import 550 million tonnes of oil every year, up from 202 million tonnes today.

“India’s energy demand will be more than double by 2040 as the economy will grow to more than five times its current size. A six million barrels per day rise in oil use is the largest projected for any country’s oil demand as 260 million new passenger vehicles will be added,” says petroleum minister Dharmendra Pradhan. 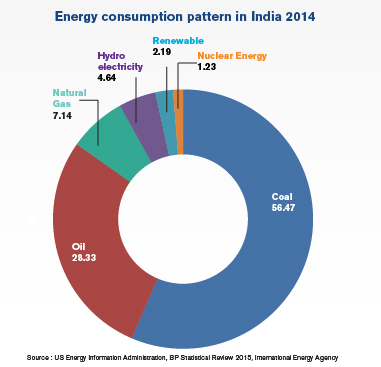 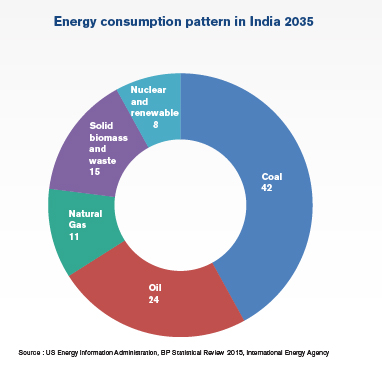 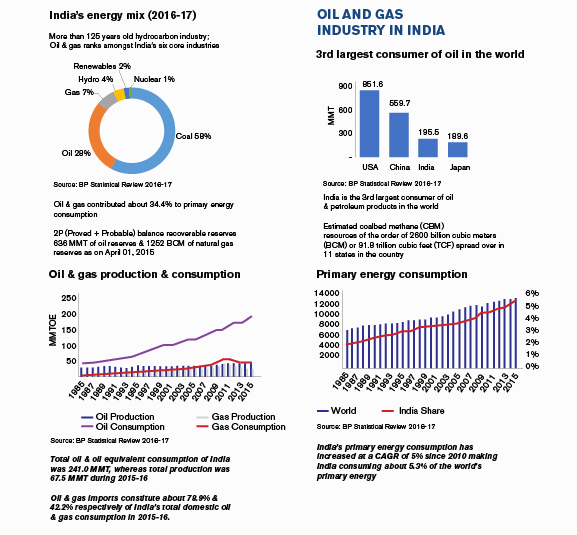 “The demand for oil is projected to rise to 458 million tonnes of oil equivalent (MTOE) with a CAGR (Compound Annual Growth Rate) of 3.6 per cent.”

The government has of late taken a host of measures to cut bureaucracy and encourage more exploration and production. In May, Pradhan launched the auction of 67 discovered small oil and gas fields and announced the contracts for all the acreages with reserves worth nearly $10.5 billion (Rs 70,000 crores). These blocks were discovered by state-owned ONGC and OIL but could not be developed due to their small size or other technical/geographical constraints.

“In the past, both the government and the DGH (Directorate General of Hydrocarbons) created obstacles and reserves worth Rs 70,000 crore remained locked. Our government has brought a separate policy with switch over to revenue-sharing model and launched the bid round. All contracts will be signed by January 2017,” the minister explained.

At the same time, steps are being taken to facilitate ethanol blending to reduce dependence on crude oil. However, lack of fresh exploration and Barmer-esque discoveries suggests the answer perhaps lies elsewhere.

Unlike crude oil, there is no dearth of reserves for natural gas in the country and there has been an increasing push 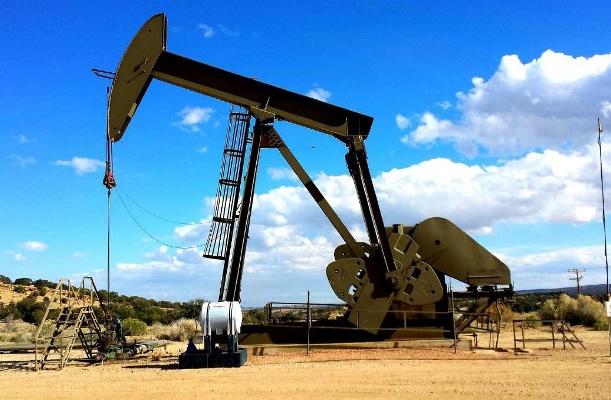 to adopt natural gas over oil. Only in March this year, Pradhan’s ministry brought in sweeping changes in the exploration and production rules for hydrocarbons along with a liberalised gas price regime. The intention is obvious—to replace crude oil as a source of energy with natural gas. The reforms are aimed at attracting investment to the tune of $25 billion in the next few years.

“Forty billion dollars of hydrocarbons will be unlocked for production through this policy reform,” he says.
“Some of the decisions we are taking today should have been taken 10, 20 years back. When we came to power (May 2014) there was a trust deficit in the industry between the government and stakeholders… We have to go for international business models. Gradually we are shifting towards a sustainable gas economy.”

Lack of freedom on pricing of gas, however, has been a perennial problem that has kept private players away and the new policy only makes a half-hearted attempt at resolving that. While it talks about marketing and pricing freedom and also provides for doubling existing gas prices to $7 per unit, there exists a ceiling on prices based on landed cost of alternate fuels.

“It is a country that wants to have electricity for every home by 2022, but companies distributing electricity have a tough time earning money …there is no magic solution other than letting a more natural pricing that can justify the investment and begin building generating capability,” Jeffrey R. Immelt, chairman and CEO of GE, had said during his visit to India last year.

As the Rosneft deal indicates, the wheel has just started to turn and Immelt may be a bit more optimistic now. 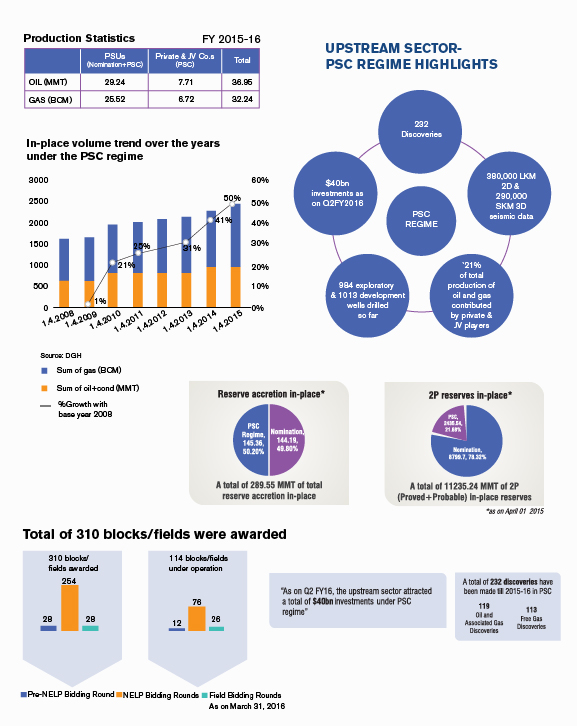 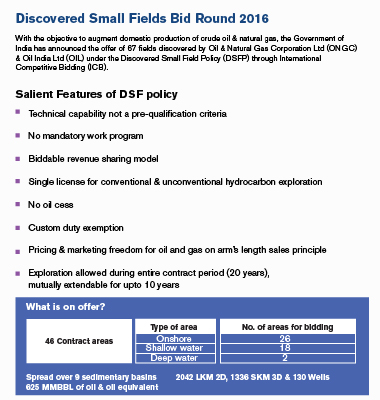