Numbers begin to add up for global Indian talent flows 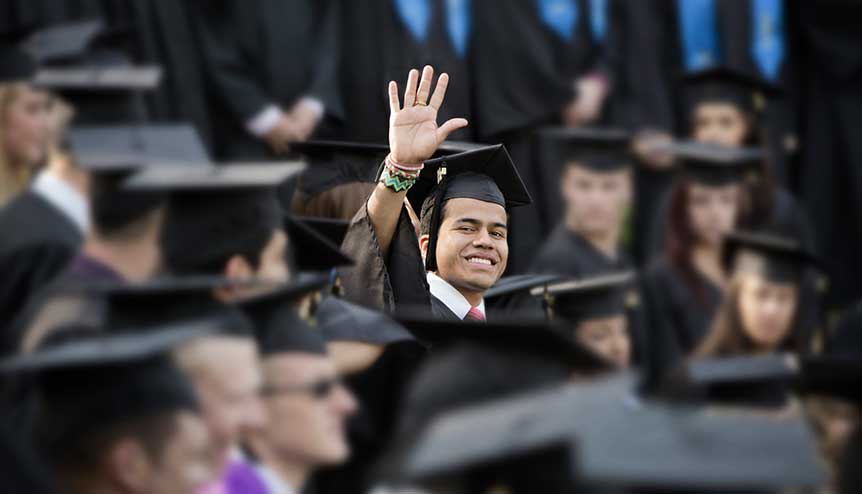 A massive 93 per cent jump of Indian students choosing UK universities in 2019 compared to the previous year indicates that Britain’s unfriendly image may be on the mend, giving other education destinations fair competition.

Indian students are a coveted international resource by the world’s leading educational destinations, including the US, UK, Europe, Australia and New Zealand. But for some years now, the UK had taken a bit of a hit as a result of what was seen as its unwelcoming environment for students by withdrawing a post-study work offer, in direct contrast to many of the other destinations.

A report by the UK’s All Party Parliamentary Group (APPG) for International Students had found that the withdrawal of that visa offer in 2012 was attributed with a decline in international student recruitment from key markets like India and between 2010-11 and 2016-17, the number of higher education Indian students choosing the UK more than halved.

The Indian government also took a tough stance at what they viewed as an unfriendly attitude to skill development and it was a palpable source of strain on UK-India ties for some time.

However, that strain seems to be somewhat on the mend as Indians have now emerged as the fastest growing nationality for student visa applications to the UK.

In its latest analysis, the UK’s Office for National Statistics (ONS) found that over 37,500 Indian students received a Tier 4 (Study) visa in 2019, which marks a 93 per cent increase from the previous year and the largest number of visas issued in the Tier 4 category to Indians over the last eight years.

Jan Thompson, Acting High Commissioner to India, said: “This phenomenal increase in student visa numbers is testament both to the UK’s world leading education system and to the exceptional talents of Indian students.

“We couldn’t be prouder that the best and brightest continue to pick the UK, making the living bridge between our countries stronger each day.”

The transformed landscape for internationally mobile Indian students has emerged even before the introduction of a new Graduate Visa route, which kicked off in February 2020 for the 2020-21 intake of students, and is likely to have a further impact on this upward trend from India, with its two-year post-study work option.

Barbara Wickham, Director India, British Council, noted: “It is exciting to see so many Indian students trusting the UK as the destination for their education and furthering their careers.

“This bodes very well for both countries’ continued focus on realising their knowledge ambitions in a fast-changing world.”

And, it is not just Indian students who are on the rise but also Indian professionals who held on to their global lead in the Tier 2 skilled visa category for the UK, with over 57,000 visas granted to Indian workers last year – accounting for over 50 per cent of all such visas.

The UK also continued to be a popular destination for Indian holidaymakers, with more than 515,000 Indian nationals being granted visit or tourist visas last year – an 8 per cent increase compared to the previous year. The overall statistics show that in 2019, 95 per cent of Indian nationals who applied for a UK visa were successful, an increase of 5 per cent over 2018.

The latest ONS figures reveal a broader post-Brexit trend of a rising tide from outside the European Union (EU), set for a further hike once the UK government’s new points-based system kicks in from 1 January 2021.

Britain’s exit from the EU will end the current free movement of people from within the economic bloc at the end of the Brexit transition period on 31 December this year, bringing EU and non-EU migrants under one system.

“We are ending free movement and will introduce an Immigration Bill to bring in a firm and fair points-based system that will attract the high-skilled workers we need to contribute to our economy, our communities and our public services. We intend to create a high wage, high-skill, high productivity economy,” the UK Home Office has declared.

And, it is clear that what the UK classifies as its world-class export of world-leading universities will be at the heart of future discussions on trade agreements, India being among the countries on that post-Brexit target list.

“Although 82 per cent of our Indian graduates are satisfied with their careers wherever they are working, we know that they value the opportunity to spend some time in the UK working after their degree. This visa will make it significantly easier for them to do that,” says Vivienne Stern, Director, Universities UK International, in reference to the new Graduate Route that will allow overseas students to work, or crucially look for work, in any career or position of their choice, for two years after completing their studies.

“The UK ranks first for international student satisfaction overall, compared to other major study destinations, but having a more attractive post-study work offer will open the UK up to even more international students. It will also allow employers in all parts of the UK to benefit from access to talented graduates from around the world,” she said.