Nitrogen may hold the key to unlocking clean air challenges

by Mark A. Sutton with Tapan K. Adhya & N. Raghuram 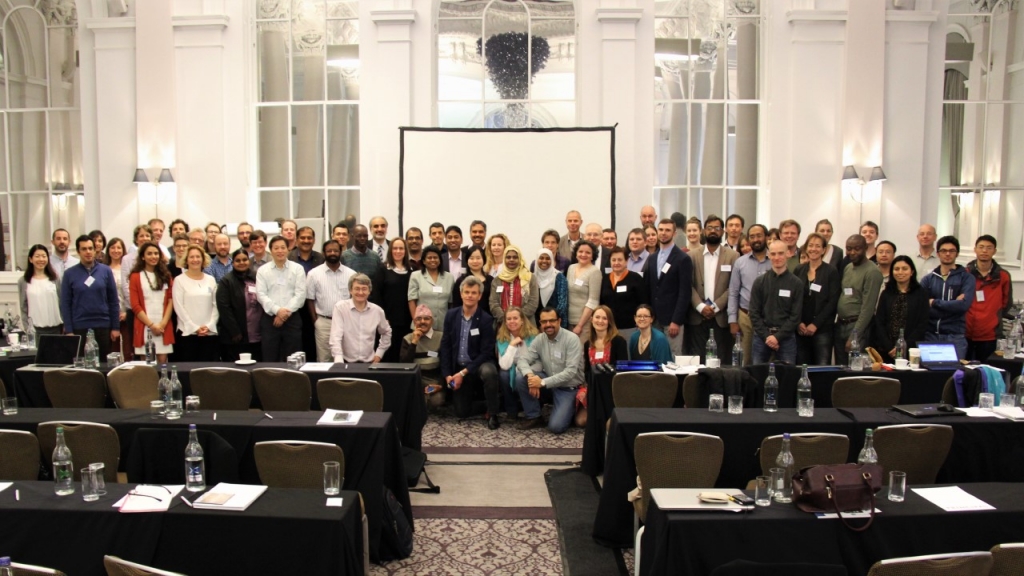 There is something quite bizarre about nitrogen. For it is almost everywhere and yet almost invisible to the society at large. Consider the Sustainable Development Goals (SDGs), established by the UN to be reached by 2030. None of the goals explicitly mentions the global nitrogen challenge, and yet nitrogen is relevant for at least two-thirds of the 17 SDGs.

To understand this contradiction, we need to grasp something of the properties of nitrogen. A plethora of different nitrogen forms is leading to multiple benefits and threats, as humans have tripled terrestrial nitrogen inputs over the last century. Some would say nitrogen makes for a journalistic nightmare, given the difficulty of explaining complexity. For those who are patient, however, nitrogen may also be a storyteller’s delight, as its protean changeability gives it a leading role in so many stories. Nitrogen is also of special interest to researchers, who have recently established a £20 million South Asian Nitrogen Research Hub, supported through the Global Challenge Research Fund (GCRF) of UK Research & Innovation (UKRI).

For the researchers, the multiple relevance of nitrogen is exactly where its interest lies. This means that a focus on nitrogen may help overcome barriers to improving air quality, reducing greenhouse gas emissions and stratospheric ozone depletion, improving water quality in both freshwater and marine systems, while reducing adverse impacts on human health and biodiversity.

In this way, sustainable nitrogen management is rather like a wonder-drug, offering many diverse benefits. Not the least of these is the economic benefit. In India alone, the government spends around $7 billion annually on subsidizing nitrogen fertilizer supply, while the fertilizer value of nitrogen pollution wasted to the environment is around $10 billion. Reducing nitrogen losses therefore offers a win-win scenario with major economic benefits for both farmers, saving on input costs, and for South Asian governments, most of whom subsidise fertilizer supply.

The case of India may help us better understand why the public hears so little about nitrogen (N).  Consider the well-known air quality problems of the Indo-Gangetic Plain. Key concerns include emissions of nitrogen oxides (NOx) and ammonia (NH3), both of which are nitrogen compounds. You may recall that the world’s atmosphere is 78 per cent nitrogen, in the form of di-nitrogen (N2). This is completely inert and provides a stable atmosphere allowing life to flourish.  However, during burning processes, such as in vehicle engines, in power stations and during agricultural stubble burning, a small fraction of N2 is converted to NOx. It is highly toxic and is thought to contribute to both respiratory and coronary diseases.

In the case of smouldering fires, such as associated with field burning, oxygen can be limiting, so that some N2 reacts to forms NH3. The emission of NH3 is also increased by ‘clean technologies’ (eg catalytic and non-catalytic reduction processes) designed to reduce NOx emissions. Together, the NOx and NH3 react in the atmosphere to increase levels of fine particulate matter (PM), which exacerbates the health threat associated with air pollution. As citizens of Delhi and other cities breathe polluted air, they are therefore inhaling a cocktail where nitrogen compounds are central.

Much of the air pollution across the Indo-Gangetic Plain is emitted into the atmosphere from rural areas, increasing background levels even before air arrives in the cities. In addition to the concern of seasonal crop stubble burning, most NH3 emission arises from livestock (urine and manures) and from nitrogen-containing fertilizers. This pollution represents a huge waste of agricultural nitrogen, which could otherwise go to increasing soil fertility, aiding crop and livestock production. Cattle are estimated to be the largest NH3 source in India, followed by urea-based fertilizers. However, increasing numbers of chicken and other poultry are contributing to the rising NH3 emissions and worsening air quality.

The impact of nitrogen air pollution on natural ecosystems in South Asia has been little studied, such as in the Himalayan foothills. This area is one of the major hotspots of global biodiversity. Yet, these hills stand with their feet in some of the highest NH3, NOx and PM levels on the planet. Substantial effects on both nature and livelihoods are expected. For example, locals manufacture perfume from epiphytic lichens that are suspected to be highly vulnerable to NH3 and NOx.

All this even before we start listing the impacts on greenhouse gas emissions and water quality.  These are also inextricably linked. For example the Indian Nitrogen Assessment published in 2017 has suggested that waste-water is the fastest growing source of the greenhouse gas nitrous oxide (N2O), while unused fertilizers and other N inputs into agricultural soils are currently the largest source.  Wasted nitrogen compounds end up leaching into ground-waters, contributing to high levels of nitrate (NO3–), with health concerns for drinking water, as they exceed WHO safety limits. Surface runoffs and wastewater releases into rivers can carry N-pollution to long distances. Ultimately, a fraction of these nitrogen compounds end up in the coastal zone, where it contributes to algal blooms, threatening fish stocks and livelihoods.

It is fair to say that nitrogen represents what the GCRF calls an “intractable challenge” for sustainable development. One of the core hypotheses of the Nitrogen Hub is that a traditional fragmentation of research and policy across the nitrogen cycle has created a major barrier to change. By bringing all these issues together, the researchers hope to garner a stronger gravity of common cause, which will ultimately catalyse change for a cleaner environment, healthier lives and a stronger economy.

The hub consists of four major reach programmes, the first of which focuses on developing the nitrogen policy arena across South Asia. For example, under Indian leadership and working with the South Asia Cooperative Environment Programme (SACEP), the hub team have already helped bring a draft Nitrogen Resolution to the fourth United Nations Environment Assembly (UNEA-4, March 2019). Whether or not the resolution is ultimately adopted, the key point is that policymakers start discussing why nitrogen matters and how it can help them meet their environmental, economic and sustainable development goals.

The second research programme of the hub focuses on developing solutions for sustainable nitrogen management. This links agronomic and genetic solutions in agriculture with a focus on reducing nitrogen losses and increasing nitrogen efficiency.  The solutions favoured vary widely across South Asia, but all agree that better use of existing nutrient resources such as urine and dung must be a priority if manufactured N inputs are to be reduced with a focus on developing a more Circular Nitrogen Economy.  One of the most exciting new developments is the challenge to recapture NOx and NH3, which would otherwise be emitted to the atmosphere.  With a focus on gaseous adsorption processes, there is potential to open up a multi-billion dollar global market for recaptured nitrogen containing products.

Ultimately, much better public understanding of the Nitrogen Challenge is needed. To address this the third research programme puts special effort to understand the impacts of N air pollution on South Asian forests and on coral reefs. For the latter, well-known coral bleaching is expected to be substantially exacerbated by nitrogen and other nutrient pollution. Together with training across South Asia, and a fourth research programme on the under-pinning of nitrogen flows and impacts, the hub will provide researchers, farmers, civil society, business and policy makers with the tools needed to show how sustainable nitrogen management can make a difference.

The bottom line is in essence rather simple. The South Asian Nitrogen Hub reflects the recently announced commitment of the International Nitrogen Initiative (INI) to support a global goal to Halve Nitrogen Waste by 2030. Based on global nitrogen flows and market prices, achieving such a goal to halve overall nitrogen losses to air, land and water would be estimated to save around $100 billion annually. Learning how to do this would offer India, UK and the whole of the South Asian region a major market advantage from taking the lead.

Prof. Tapan Adhya of KIIT University in Bhubaneshwar, is co-director of the GCRF Nitrogen Hub, while Prof. N. Raghuram of Guru Gobind Singh Indraprastha University in New Delhi, is chair of INI from 2019.

About the Author: Mark A. Sutton with Tapan K. Adhya & N. Raghuram