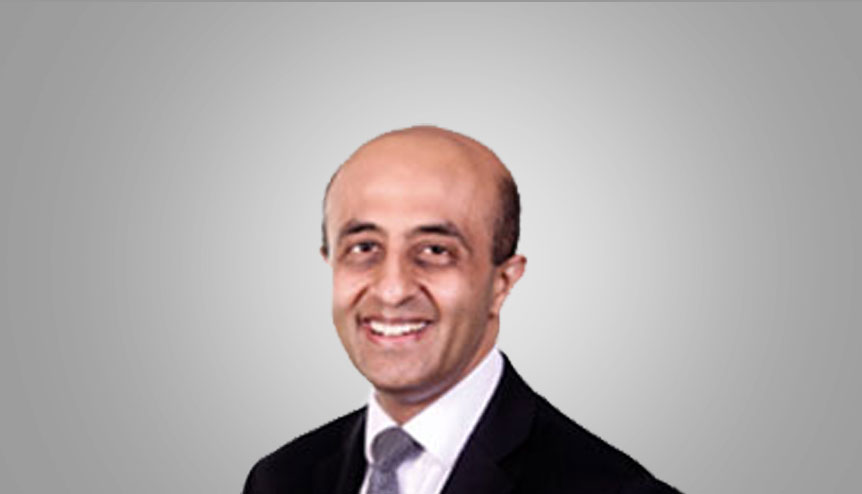 Lord Jitesh Gadhia, a British Indian investment banker and businessman, outlines the various measures the UK could take across sectors to build on its ties with India.

India’s Prime Minister Narendra Modi is well known for sharing his thoughts and ideas directly with millions of Indians through his inspirational radio programme Mann Ki Baat (Matters of the mind). However, for two great democratic nations like India and Britain, with such a deep-rooted relationship, there should also be Dil Ki Baat (Matters of the heart).

For those of us from the UK, who have a long-standing interest in strengthening our partnership, I would say: Yeh Dil Maange More (Our hearts want more). We really do want more and closer engagement with India and there could not be a more opportune moment to intensify our collaboration, particularly on bilateral trade, investments and capital flows.

The UK will clearly need to demonstrate some ‘quick wins’ as it seeks bilateral trade deals outside the current EU multilateral framework. Meanwhile, the EU-India FTA is at an impasse where talks have been going on ever since 2007. I believe this opens up a golden opportunity for India to push both parties hard for securing ambitious trade deals across multiple fronts.

If you look at Britain’s history, it is a trading nation first, last and always—so I am confident that there will be a UK–India trade treaty sooner than one with the EU. Although an actual treaty cannot be signed until Britain leaves the EU, there could certainly be an interim stage of signing a memorandum of understanding, which can be achieved before then.

However, the UK will be capacity constrained in running too many parallel trade processes—I am told that the practical number is no more than four or five—and therefore playing ‘too cute’ might mean that the British priority shifts elsewhere.

Open to Investment but not Migration and Students?

We should acknowledge, though, that the issue of migration and visas has clouded the perceptions about the UK’s continuing openness for both business and overseas students.

For millions of Indians, education is seen as the way out of poverty. Indian parents spend an estimated $13.5 billion annually in educating their children abroad. The UK visa regime permitting, British universities have a unique opportunity to attract more students from India as well as set up campuses in India under proposed legislation. The UK government should redouble efforts to make clear that there are no limits on student numbers. It should also review the process of granting overseas students the right to work in Britain after graduation and enable British companies to recruit fresh graduates directly from Indian universities and train them in the UK. This focus on education will generate a long-term shared prosperity built across generations. The impact on the sentiment of ‘young India’ would be deep.

Beyond higher education, there would be a huge thirst for vocational skills from the 270 million Indians who would be entering the workforce over the next twenty years. India needs a skilled workforce that is measurable and mobile if it is to retain an edge over China as a value-added manufacturer. Britain benefits a lot from globally recognised training standards and qualifications.

Having spent the last twenty-five years involved with a number of major global financial institutions, I would highlight the important—and still underdeveloped role—which the UK can play in financing India’s economic development.

Apart from building human capital, India also has ambitious plans to invest over $830 billion on physical infrastructure during 2017-2022, including power, roads, railways, ports and airports to support the inexorable urbanisation of India. British architects, transport consultants, civil engineers, contractors, equipment manufacturers and project financiers now have an opportunity to build large swathes of a 21st century India—the so called ‘Smart Cities’—just as an earlier generation did in the nineteenth century.

Completing the trio of human and physical capital is, of course, the financial capital. With a common language and legal structures, and favourable time zone, the City of London remains the obvious gateway for Indian companies wanting to access global financial markets.

Building breadth as well as depth

While boosting bilateral trade, investments and capital flows will provide the necessary depth for the India-UK partnership, we should also build some breadth. Fintech is a new string to the City of London’s bow and provides strong alignment with India’s financial inclusion agenda. India’s ‘Pradhan Mantri Jan-Dhan Yojana’ (PMJDY), formally launched in August 2014, has led to the opening of 255 million bank accounts to ensure more comprehensive access to affordable financial services. Combined with Aadhaar (the national unique identity card scheme) and a database of mobile numbers, it provides the much-lauded ‘JAM’ (Jan-Dhan-Aadhaar-Mobile) trinity—which enables direct benefit transfers and eliminates leakages. The demonetisation programme has added a fourth dimension to the creation of a cashless society—allowing the previously unbanked to leapfrog into the digital economy—providing the UK’s fintech sector with an unparalleled market opportunity. Similarly, India’s renewed burst of reform has finally permitted ‘majority investment’ in multi-brand retailing which is a brave political decision that has started to reshape an archaic retail sector.

Hand in hand with mass consumerism of the retail sector are India’s vibrant cultural industries spanning Bollywood, literature and cricket. The UK and India enjoy the rare accomplishment of genuine innovation through collaboration in the creative sector. Consider, for example, the role of British publishers in bringing to the world the award-winning works of authors such as Vikram Seth and Arundhati Roy.

Despite Britain’s disappointment over the award of a multi-billion Indian jet-fighter contract to a rival consortium, defence remains a ‘hard’ and historic area of immense bilateral collaboration. India’s defence budget, already at over $50 billion, is one of the fastest growing in the world. With foreign suppliers required to plough back at least 30 per cent of the contract value into India as offsets, there is fertile ground for more India–UK defence partnerships—particularly those which provide genuine technology transfer, supporting Modi’s ‘Make in India’ programme.

In conclusion, the opportunity set in India remains large and significant and the UK’s aspiration for building shared prosperity is not just undimmed but positively galvanised by the compulsions of Brexit. Yet, the promise of India is not new, nor for the faint hearted. Indian politics sometimes resembles Bollywood: Plenty of drama, intrigue and emotions before reaching a happy ending. But, aspiration always wins the day.

A respected Indian businessman described the India-UK relationship to me as being like a long-married couple. We are so familiar with each other that it is easy to take each other for granted and sometimes we need to find a new spark to revive our relationship. I certainly hope we can encourage those new sparks and unlock the full potential of the India–UK partnership.