Netherlands provides the perfect spring board to European markets

Netherlands provides the perfect spring board to European markets 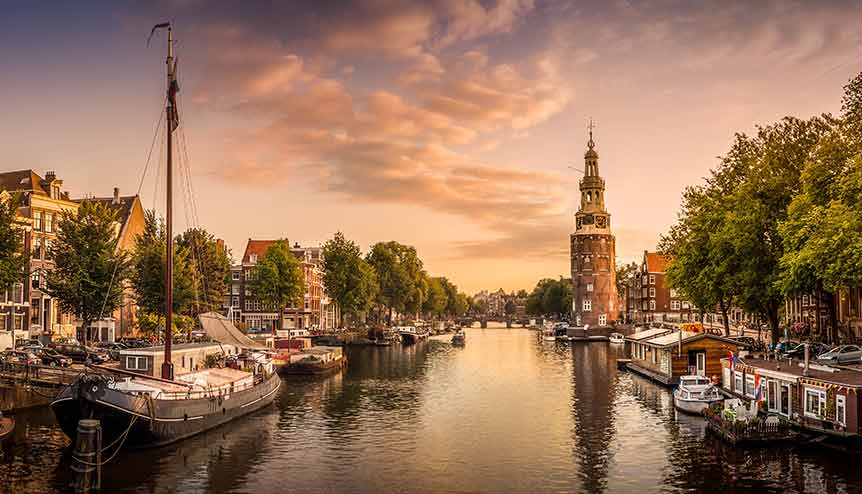 In this dynamic world, with its vast socio-economic changes and a shifting economic power base, companies and investors are – as always – looking at the best destinations for their investments. Not only to obtain maximum yields but mostly to secure a stable future, access new markets, manage the supply chain, diversify risks and operate within the right knowledge clusters.

That is not an easy task at the moment. With growing protectionism, various international tariff wars and the COVID-19 crisis, it can be hard to keep a clear focus on future plans.

Amid these rapidly changing situations, whether it is from an economic or political point of view, the Netherlands has established itself as a stable country for internationally operating businesses – simply by offering a business-friendly and secure climate. The country has proven itself to many businesses, large and small, that are looking for a predictable environment to run their European regional operations from.

The stable position of the Netherlands in the heart of Europe has become more visible since the Brexit referendum in June 2016. Brexit will eliminate Britain’s tariff-free trade status with the other EU members. Tariffs and non-tariff barriers will raise the cost of exports and imports from other EU countries. Also, free movement for personnel and access to European talent and innovation funds are at stake.

As Brexit recedes into history, time for a new chapter

Therefore, it is not surprising that 140 companies have opted for our country because of Brexit. 78 of these 140 companies made their decision in 2019. Many companies want to continue doing business in the European market without facing disruption or uncertainty.

Companies from the UK as well as those from the US, Japan and India are reconsidering their current European structure due to the uncertainty caused by Brexit.

International companies also look to the Netherlands because of its strategic location at Europe’s front door. This position provides  the perfect springboard into the European market – with access to 95 per cent of Europe’s most lucrative consumer markets within 24 hours of Amsterdam or Rotterdam.

Driven by world-class seaports and airports, an extensive network of roads and rail and one of the fastest digital telecommunications networks, the Dutch infrastructure is one of the best on the planet. Given its proximity to various seaports – Rotterdam and Antwerp being the two largest container ports in Europe – and with Amsterdam Schiphol Airport, the second-best connected airport in the world and the second-best cargo airport in Europe, the Netherlands is the best starting point in Europe.

The Netherlands serves as a hub for Indian investments into the EU, specifically after Britain’s withdrawal. By making the Netherlands the starting point for investments in the EU, Indian companies stand to benefit from our favourable location, fast and reliable regulators, accessibility and competitive tax system.

To support Indian businesses, the Netherlands offers various strong clusters in which companies, researchers, universities and the government all invest in cooperation and innovation. Although the Netherlands is a geographically small country, we are world players in a variety of clusters – from agriculture and food to creative industries, from the chemical industry to life sciences, health and logistics. 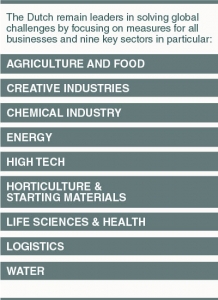 Indian investors are particularly important for the Dutch economy as they add significant value. In turn, we can offer a strong economy, excellent employment opportunities, inspiring cities and a high quality of life.

The Netherlands is emerging as an attractive destination for Indian firms with over 200 Indian companies having set up their European operations in the country. Major Indian players such as Tata Consultancy Services (TCS), Cognizant, Sun Pharma, Chargebee and Infosys Technology have established their European headquarters in the Amsterdam. Few of the large Indian business portfolios that have been acquired through mergers and acquisitions include Tata Steel (Corus), Serum Institute (Bilthoven Biologicals) and Apollo Tyres (Vredestein).

An operational unit of the Dutch Ministry of Economic Affairs and Climate Policy, the Netherlands Foreign Investment Agency (NFIA) can connect Indian businesses with a broad network of business partners, regional economic development organisations and government institutions to facilitate their international expansion.

Amid the outbreak of COVID-19, the Dutch government has launched a roadmap with up-to-date information and support measures for companies in the Netherlands. The Dutch government has made various arrangements to provide financial help for employers. For instance, to pay their employees’ wages during the COVID-19 crisis or to apply for a payment extension for income tax, corporate tax, payroll tax, and turnover tax (VAT).

About the Author: Arnoud Besseling