Skip to content
Modi’s multilateral push gets another boost

Modi’s multilateral push gets another boost 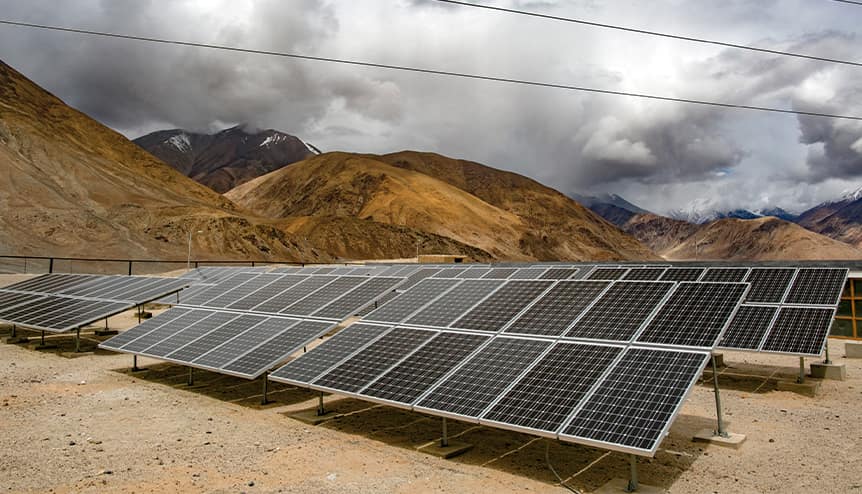 Flipping through Indian newspapers, a report caught my eye: the Narendra Modi government had pledged almost $70 million for setting up the secretariat of the proposed Coalition for Disaster Resilient Infrastructure (CDRI) in New Delhi.

It was carried by only one, albeit major, newspaper and tucked away in an inside page. For me, though, it was as important as the election-related news that every Indian media house has been splashing across its front pages.

Because this will be the second major multilateral body – after the International Solar Alliance (ISA) – to be headquartered in New Delhi. Nearly all such bodies, such as the various UN organisations, the World Bank and the IMF, are based in Switzerland or the US and more recently, as in the case of the BRICS Bank, in China.

Two major new international bodies to be based in New Delhi is a massive feather in Indian Prime Minister Modi’s cap and a clear signal that his much-lauded foreign policy outreach to the world at large is paying handsome dividends.

The CDRI is backed, at present by 33 countries, including the UK, Australia, the European Union and multilateral bodies such as the World Bank and the United Nations. It will be formally launched in September this year at the UN Climate Summit at the UN head office in New York.

From rule taker to rule shaper

There is a feeling among analysts that India has, over the years, focussed more on being a model global citizen that scrupulously follows all the rules. There is, at the same time, a lament among India’s well wishers that New Delhi has, perhaps, never really attempted to participate as fully as it should as a rule maker or at least a rule shaper.

As the ISA and CDRI initiatives show, the Modi government is now making the transition from rule taker to rule shaper.

Impacting billions across the world

Both these new multilateral bodies will impact billions of people and almost every government across the world. Last year, the UN Office for Disaster Risk Reduction released a study that estimated global losses on account of natural disasters caused by storms, floods, heatwaves, droughts and other extreme weather events rose by 151 per cent between two 20-year periods. It quoted a World Bank calculation to note that the real cost to the global economy is a staggering $520 billion per annum, with disasters pushing 26 million people into poverty every year.

CDRI will develop common infrastructure standards, invest in R&D on a variety of issues linked to disasters and shape the funding arrangements from multilateral banks in countries across the world. It will also provide development standards, financial and compliance mechanisms and appropriate governance arrangements.

Harnessing the power of the sun

The ISA, which was formally unveiled by Prime Minister Modi and then French President Francois Hollande in 2015, now has 122 members including Japan, the UK, Netherlands, Saudi Arabia, the United Arab Emirates (UAE), besides, of course India and France.

The primary objective of the alliance is to work for efficient exploitation of solar energy to reduce dependence on fossil fuels. The launch of the ISA is a strong signal that India is now ready and willing to shoulder the leadership of the fight against global warming and climate change.

The ISA aims to facilitate the investment of $1 trillion in solar assets and related capabilities around the world. This is throwing up massive business opportunities for businesses and consultancies in the UK, the rest of the EU, the US, Japan, Korea, India and the rest of the world.

India alone is expected to add 20 GW of solar capacity every year in order to achieve its target of 100 GW of solar power capacity by 2022. This is fuelling investments worth more than $15 billion a year in India alone, generating opportunities for foreign and Indian investors in the sector.

CDRI will, likewise, lead to massive multilateral loans-backed investments in disaster-proof infrastructure and disaster relief technology, setting off a virtuous cycle of demand in related industries across participating countries.

Getting these two bodies to India must have taken lots of spadework and intense negotiations over a long period of time. The final decision in favour of New Delhi is, thus, a massive diplomatic victory for India.

Having two major international bodies based out of India will also give the government a massive strategic advantage that can be leveraged in future.

Unfortunately, this news did not make much of a splash in election season. But to my mind, these two developments must surely rank among the Modi government’s top foreign policy successes.

I very much hope that they will get higher billing once the election frenzy dies down.