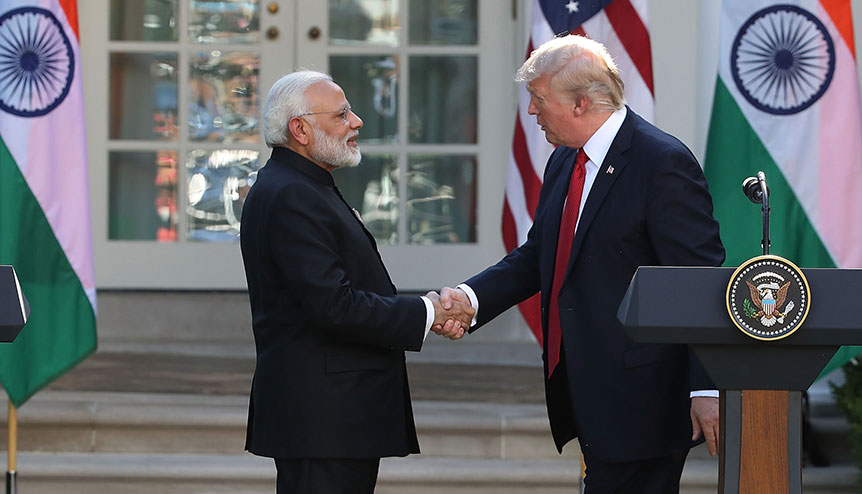 A brief roundup of the impacts that Prime Minister Modi’s numerous diplomatic visits over the past five years have resulted in.

Across 57 countries in six continents in a total of 92 trips, in his five-year tenure, Prime Minister Narendra Modi has emerged as one of the most well-travelled heads of state of India ever. This is more than twice the number of trips that his predecessor Dr Manmohan Singh made in his second five-year stint at the helm between 2009 and 2014.

This amount of globetrotting, something for which he has been at times bogusly criticised at home, has borne fruit in India’s foreign relations diplomacy. Some of them clearly stand out. India’s relations with Japan have hit new highs, ties in the middle east have broken new ground and received greater impetus while Pakistan that has always been a hostile neighbour has been torpedoed in no uncertain terms.

Much of this is a result of Modi’s charisma. It is best visible in his camaraderie with Shinzo Abe, the premier of Japan.  Modi is one of the only four heads of state that Abe follows on twitter—he only follows 18 people in totality anyway.

Modi and Abe’s personal bonhomie is a bit perplexing considering their leadership style is as contrasting as their backgrounds. The common binding factor—the mutual distrust for China, is not all-encompassing. Japan wants to increase its economic involvement in India, deepen its defence and security cooperation and strengthen the liberal order in Asia and globally. India wants a strong ally in Asia to counter the threat of China. As a result of this meeting of minds, Japan views India as a vital partner alongside its strong ties with the US.

India’s need for massive infrastructure development is where the role of Japan has been most vital in the last five years. Considering that China is not an option due to historical reasons, Japan has been more than willing to fill in the gap—be it in technology or long-term fund infusion. Japan’s decision to extend a loan of Rs 5500 crore for 50 years at a concessional rate of interest of 0.1 per cent would not have been possible without the personal friendship that Modi and Abe share. The ambitious 1500 km Delhi Mumbai industrial corridor which is being developed with help from Japan and was started by the previous government has also picked up pace in the current regime.

The other region where there has been a paradigm shift in foreign policy is in the middle east. Traditionally, India did not impart the attention due to the Persian Gulf countries and ties between the two regions have largely been transactional in nature. Conventional wisdom that the middle eastern countries would forever side with Pakistan due to their Islamic origin has always dictated India’s diplomatic relations with the region.

Under Modi though, India made a bold outreach to Saudi Arabia and the United Arab Emirates. Modi has jumpstarted this transformation using his personal charisma to forge friendships with Saudi Arabia’s Mohammad Bin Salman and UAE’s premier Sheikh Mohammad Bin Rashid.  At the same time, India’s ties with Iran have also not suffered but it has not become a stumbling block in improving ties with the other countries.

Piggybacking on its stature as a big consumer of Middle Eastern oil while adding this new layer of soft diplomacy has already started bearing fruit. In February, India was invited for the Organisation of Islamic Cooperation by UAE much to the displeasure of Pakistan.

India’s relation with its biggest adversary Pakistan itself has been significantly altered by Modi. While he began his tenure on a softer note, inviting Pakistan’s then Prime Minister Nawaz Sharif to his swearing in ceremony in 2014 and following it up in late 2015 with a surprise stopover at Lahore on Sharif’s birthday. 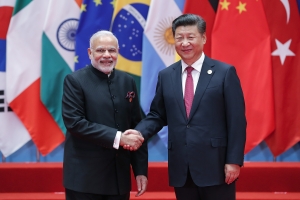 When that overture failed as a result of repeated terrorist attacks in India after 2016, Modi hardened his stance and showed Pakistan the might of his leadership. From the surgical strike in September 2016 where Indian army crossed the Line of Control and killed 38 terrorists and two Pakistani soldiers to avenge the terrorist strike in Uri, to the aerial attacks in Balakot in February this year that was again a show of strength and a retaliation to the Pulwama terror attack where 40 Indian CRPF jawans were martyred, it marked a seminal shift in India’s foreign policy towards Pakistan. From a pacifist to an aggressive and pro-active mindset.

The biggest and most tangible impact of Modi’s foreign policy is in the rise in stature of India in the world. The proof of it whether it be in the increase in foreign direct investment into India—at $193 billion, it is up 50 per cent in 2014-19 versus 2009-14, or the quick signing of various bilateral treaties that has further strengthened India’s engagement with the world at large.

In 2016 for example, India signed the bilateral Logistics Exchange Memorandum of Agreement with the United States for facilitating logistical support, supplies and services between the militaries of the two nations. This was followed up with the signing of Communications Compatibility and Security Agreement (COMCASA) in 2018 to facilitate access to advanced defence systems and enable India to optimally utilise its existing US-based platforms. India also entered the Shanghai Cooperation Organisation and gained membership in three of the four big nuclear clubs—Wassenaar Arrangement, Australia Group and Missile Technology Control Regime.

Under Modi, India has adopted a more bold and practical approach to the world at large and steered clear of its age-old safety first non-aligned strategy. Examples like spearheading the campaign against climate change in Paris in 2015 or setting up the International Solar Alliance that very year bolster that point.

“We have moved on from our non-aligned past. We are today an aligned state—but based on issues,” says Vijay Gokhale, India’s foreign secretary. “In the rules-based order, we have a stronger position in multilateral institutions.”

The increasing importance of India under Modi has also been felt in the way it has isolated China in multilateral forums. The listing of Jaish e Mohammad chief Masood Azhar, the most wanted terrorist in India, by the United Nations earlier this month aptly exemplifies it.

Since 2008, India had been trying to get the UN to designate Azhar as a terrorist but every time its bid was thwarted by China on technical grounds. This time after the Pulwama terrorist attack in mid-February, the resolution was moved by France—one of the three permanent veto wielding members of the 15 nation Security Council. It was backed by the other two P3 members—US and UK, as well as Russia and 10 other non-permanent UNSC members.

While China put a technical hold on the motion this time as well, the US piled on the pressure on it by moving a draft resolution in the UNSC that stipulated that China had until 23 April to remove its technical hold or else it would have to come out openly in support of a terror mastermind. Isolated, China had no other option but to give in thereby handing a major diplomatic victory for Modi.

At the same time, he has made sure that India-Sino ties do not suffer in the bargain. Alongside the US, Modi has visited China the most number of times—five. While China and India are not any closer to becoming best of friends, after the 72-day standoff at Doklam in 2017 which threatened to escalate a full scale was and was ultimately successfully diffused without a shot being fired, ties have only moved northwards. It is not a coincidence that the two heads of the state—Modi and Xi Jinping, are meeting more often. They met at least four times in 2018 alone.

Through a combination of deft diplomatic manoeuvring and his personal charm offensive, Modi with his multiple foreign sojourns has been able to break new ground in our relations with countries closer home and those far away.