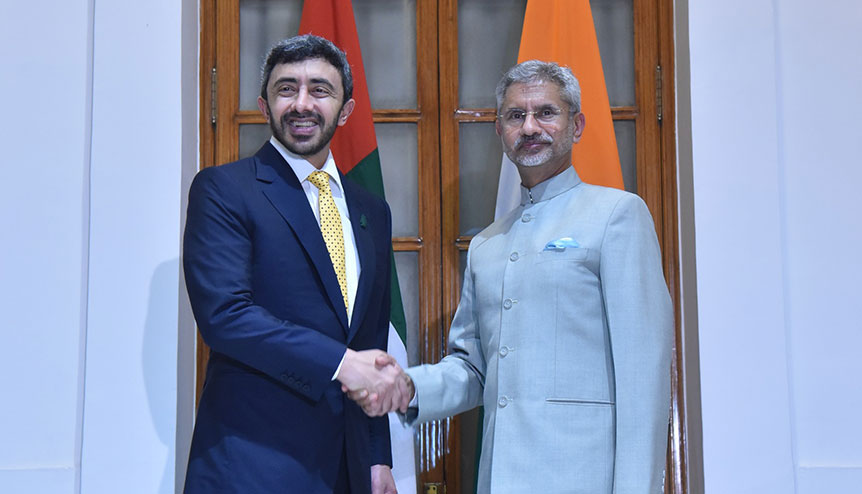 Saudi Arabia, the UAE and other Arab countries have emerged as key Indian strategic and economic partners because of strong synergies in their world views and a shared abhorrence of terrorism.

The India-Saudi Arabia hug is about to acquire $15 billion worth of substance. Saudi Aramco, the world’s most profitable company, will invest $15 billion to buy a 20 per cent stake in the oil refining and petrochemicals business of Reliance Industries, India’s largest private sector company, Reliance Chairman & Managing Director Mukesh Ambani announced in Mumbai recently.

Mirroring ties between India and the Arab world, this deal is a win-win for both Reliance and Aramco. The huge investment, the largest single FDI deal into India, will help Reliance reduce its net debt from $22 billion to a more manageable $7 billion and save it billions in interest costs. Then, it will ensure reliable supplies of crude, the main raw material for its refining and petrochemicals businesses, at reasonable costs. And a large Saudi stake will provide its Jamnagar refinery, the largest in the world, a secure insurance against Pakistani air and missile attacks in case of hostilities.

The Saudis will gain a secure market for 500,000 barrels of oil every day, a strong partner in the Indian market and an entry into this market of 1.3 billion consumers.

This deal is in line with Indian Prime Minister Narendra Modi’s initiative to forge closer ties with the Arab world and especially with Saudi Arabia and the United Arab Emirates (UAE) not only in the realm of business but also in the fields of security, defence and strategic cooperation.

Previous Indian governments had maintained a working relationship with these and other Arab nations in the Persian Gulf, wary of their reflexive support for Pakistan on issues India considered its core interests.

But recognising that these monarchies were losing patience with Pakistan’s support for global terrorism and also realising that India’s huge economy and 1.3 billion-strong market was a powerful magnet, the Modi government has engaged these states at multiple levels. Result: they count as two of India’s closest strategic partners.

Writing on this subject, US analysts Ashley Tellis said: “The growing interest in India as an economic opportunity further suggests that the wealthy Arab states will increasingly acquire a stake in New Delhi’s success. India already remains a major customer of Gulf energy, but as India rises internationally, it will become more important to the region’s strategic interests.”

India’s bilateral relationship with the Arab world is so strong that Pakistan’s Foreign Minister S.M. Qureshi recently rued the fact that Islamabad could no longer count on its Arab friends to support it in its dispute with India over Kashmir.

Speaking to Hindustan Times, a major English daily in India, during his visit to India in 2017, Sheikh Abdullah bin Zayed Al Nahyan, UAE’s Foreign Minister, said: “My visit indicates the growing strength and depth of bilateral relations between India and the UAE. It shows the UAE’s desire for its relationship with India to be multifaceted: not only political but also one steeped in strong economic, cultural, and technological ties.”

The two countries have taken several steps to bring this vision, which mirrors Modi’s, to fruition. The Abu Dhabi National Oil Company (Adnoc) is a key partner, and the only foreign participating, in India’s programme to create a strategic petroleum reserve.

“… This helps ensure India’s energy security and opens up new market opportunities in Asia for the UAE,” said Al Nahyan.

In yet another indication of the warmth in Indo-UAE relations, the Abu Dhabi Investment Authority, the world’s third-largest sovereign wealth fund, has agreed to invest $75 billion in India over the next few years. 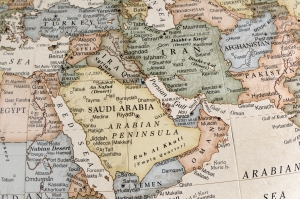 This will form a significant component of the $1.4 trillion the Modi government proposes to spend on building and upgrading India’s infrastructure over the next five years.

“As we are taking a shared stake in each other’s prosperity, trade and investment ties are an essential second pillar to our relationship… To this end, the UAE plans to invest up to $75 billion in India over the next few years…,” the UAE Foreign Minister said.

The Indian government-promoted National Investment and Infrastructure Fund (NIIF) has partnered with UAE’s DP World to create an investment platform for ports, terminals, transportation and logistics businesses in India.

“The platform will invest up to $3 billion to acquire assets and develop projects in the sector,” DP World said in a statement last year soon after finalising this proposal.

The Arab world, particularly, the UAE and particularly Dubai attracts many Indian businesses and professionals because of low or non-existent taxes and the easy, non-intrusive business environment.

Dubai, for example, has a population of about 3.5 million – almost half of it Indian – but caters in some way or the other to at least some of the needs of 40 per cent of the world’s population.

Add to this its multi-cultural entrepreneurial culture, first world-level infrastructure and wide linkages with a and diverse range of local and global industries and it becomes easy to understand why thousands of Indian companies, including almost every BSE 30 companies have invested in setting up infrastructure in Dubai to manage at least some part of their global operations.

From highways to power plants to oil and gas pipelines to sports stadiums, Indian companies such as L&T, HCC, Gammon, Tata Projects and hundreds of smaller companies are helping Middle Eastern countries build their infrastructure and helping project India’s hard and soft power in that region.

About 30 per cent of the order book of Larsen & Toubro, India’s largest construction company, is from outside India, a bulk of it from the Middle East. The Mumbai-headquartered company won a $360 million contract for the Al Rayyan Stadium in Qatar, which will host the 2022 FIFA World Cup.

Then, it also won its single largest order, worth $817 million, in the Middle East from Qatar General Electricity & Water Corporation (for the Qatar electricity transmission network expansion plan).

India has long complained about the relative impunity with which declared offenders and other criminals wanted in India roamed about in Arab states, particularly Saudi Arabia and the UAE. 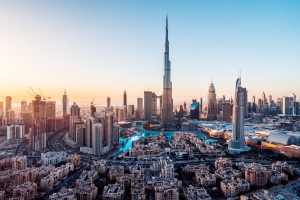 Following the closer ties forged with these two countries since Modi came to power in 2014 and leveraging on the Indian Prime Minister’s warm personal ties with Saudi Crown Prince Mohammad bin Salman and UAE Prime Minister and Dubai ruler Mohammad bin Rashid al Maktoum, these countries have, over the last year or two, extradited several criminals and terrorists on New Delhi’s wanted list.

The most high profile among these is a British national, Christian Michel, a prime accused in the scandal involving the alleged payment of kickbacks to senior members of the previous Manmohan Singh government.

The shared vision of zero tolerance towards terror has resulted in the Arab world deporting 24 terror suspects to India over the last six years, according to Ministry of External Affairs (MEA) figures. Of these, as many as 18 were extradited from Saudi Arabia and the UAE.

Experts and foreign policy analysts says India and the Arab countries of the Persian Gulf (as well as Iran) agree on a broad range of political, strategic and economic issues.

And most importantly, expatriate Indians, whom Modi has called a “Living Bridge” in the context of the UK, enjoy living and working in the Middle East. This provides the crucial people to people connect that is so important in cementing bilateral ties.

There are, thus, also strong synergies in their world views and global ambitions that India and the Arab world are now building upon.