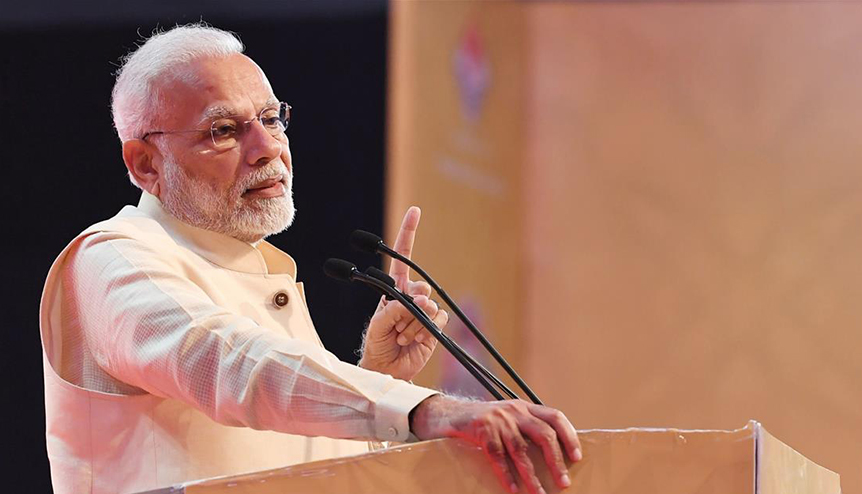 India’s Opposition are hell bent on hanging the charge of corruption and crony capitalism on Indian Prime Minister Narendra Modi, even twisting and mistranslating emails and statements in French to “prove” that the Indian government helped industrialist Anil Ambani’s Reliance Group bag the offset contracts for the Rafale fighter aircraft deal.

This allegation sits uneasily with the Indian government’s move first to enact the Insolvency and Bankruptcy Code (IBC) to recover unpaid loans from defaulting companies and bring errant company promoters to book and then working on rules to ensure that the personal guarantees given by promoters are also invoked to make good any shortfall in recoveries from the bankruptcy proceedings.

“We are working on rules and regulations to operationalise insolvency of personal guarantors in companies. It will be possible to go after their property. Your company can’t be losing money while you fly around in a jet or drive the latest luxury vehicle,” a recent ‘Times of India’ report quoted M.S. Sahoo, the Insolvency and Bankruptcy Board of India (IBBI) Chairman, as saying.

The IBC is a law that mandates a 180-day resolution process for companies that default on their loan repayment commitments. But in almost every case so far, the recoveries have been much less than the amount due, forcing creditors to take large haircuts.

India also has thousands of examples of promoters habitually defaulting on loans they often siphon out of debtor companies. Their personal assets are seldom touched even though the IBC has ensured that their crown jewels – the defaulting companies under their watch – are auctioned off to the highest bidder or liquidated.

In this context, the Supreme Court of India has recently ruled that the moratorium that applies to defaulting companies that are hauled up before the National Company Law Tribunal (NCLT), the designated bankruptcy forum, will not apply to those who have stood personal guarantees for such loans. In India, it is common for banks and other creditors to insist on personal guarantees from promoters and directors of companies while sanctioning large loans.

This latest move will, without a doubt, put the fear of god into such errant promoters and is yet another step by the Modi government to change the borrowing culture in the country. Earlier, it had amended the IBC to bar promoters of defaulting companies from participating in the resolution process.

India still lacks a comprehensive law on personal bankruptcies and these latest moves signal that the government is moving towards such regulations for individuals, proprietorship and partnership firms.

Along with another recently enacted law on seizing the assets of defaulting promoters who flee the country leaving in their wake a trail of unpaid debts, it signals a determination to decisively clamp down on crony capitalism that was encouraged by previous Indian governments.

Over the last few months, several large well known business groups, such as Essar, Jaypee and Bhushan, among dozens of others, have lost control of their corporate flagships for defaulting on billions of dollars of loans.

Then, news reports in several Indian newspapers indicate that the fear of losing control over their companies have forced hundreds of promoters to settle more than $14 billion in unpaid loans.

Experts are of the opinion that the impending rules on tightening the screws on personal guarantors will force many more defaulting company owners to fall in line because losing control of companies is one thing but having one’s personal assets such as residential houses, cars, jets and jewellery publicly auctioned is a humiliation that few will be willing to risk.