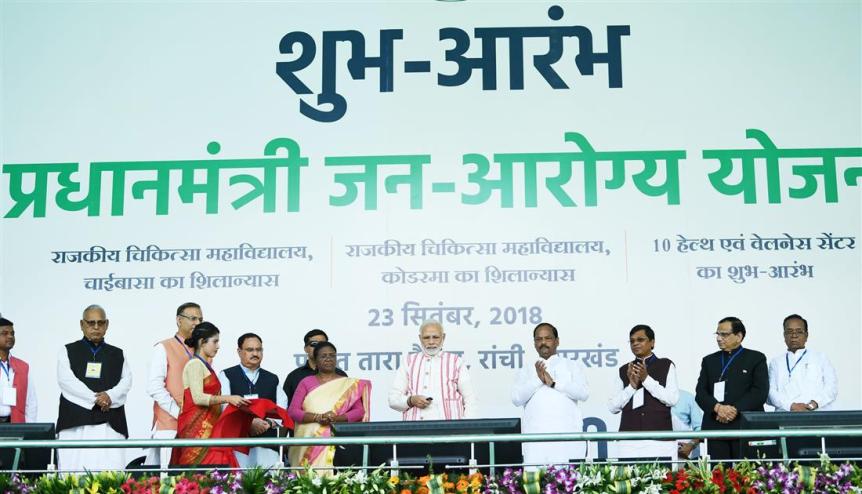 A poor domestic help in the eastern Indian state of Jharkhand by the name of Manju Devi was an unlikely history-maker when she became the first person to receive an e-health insurance card from Indian Prime Minister Narendra Modi earlier this week.

The card entitles her and her family of five to free medical facilities at all government hospitals and empanelled private ones – without spending even a single paisa on insurance premiums.

She and 100 million others like her, and their families, will be beneficiaries of the Ayushman Bharat-Pradhan Mantri Jan Arogya Yojna (AB-PMJAY), which has been dubbed Modicare, the world’s largest publicly-funded public health insurance scheme.

The target: reach out to 500 million poor Indians and provide free medicare, up to Rs 5 lakh ($7,000) per year per family, at state expense. The Socio Economic Caste Census (2011) shows 80 million rural and 23 million urban families are likely to benefit from this scheme once it is fully rolled out.

However, individual states can tweak the scheme to suit their local conditions. The Chhattisgarh government has decided to include every resident of the state as a beneficiary, while Andhra Pradesh and Rajasthan have decided to include 85 per cent and 75 per cent of their populations, respectively.

This is yet another measure by the Modi government, following a world record-making toilet-building initiative and a world record financial inclusion scheme for the poor, to eradicate a major problem facing India – in this case, the absence of adequate medical facilities for the majority of its citizens – by attacking it at its core, using a combination of technology, modern management techniques and a laser sharp political focus.

Modi has always, over the last four-and-a-half years, taken great pains to ensure that his government’s interventions benefit the last person in the queue. In Modicare, too, the architecture has been erected to ensure that there is no cap on the size of the beneficiary families and the age of the beneficiary to guarantee benefits to women, children and the elderly. The scheme is cashless and paperless at all government hospitals and empanelled private hospitals to facilitate ease of delivery. 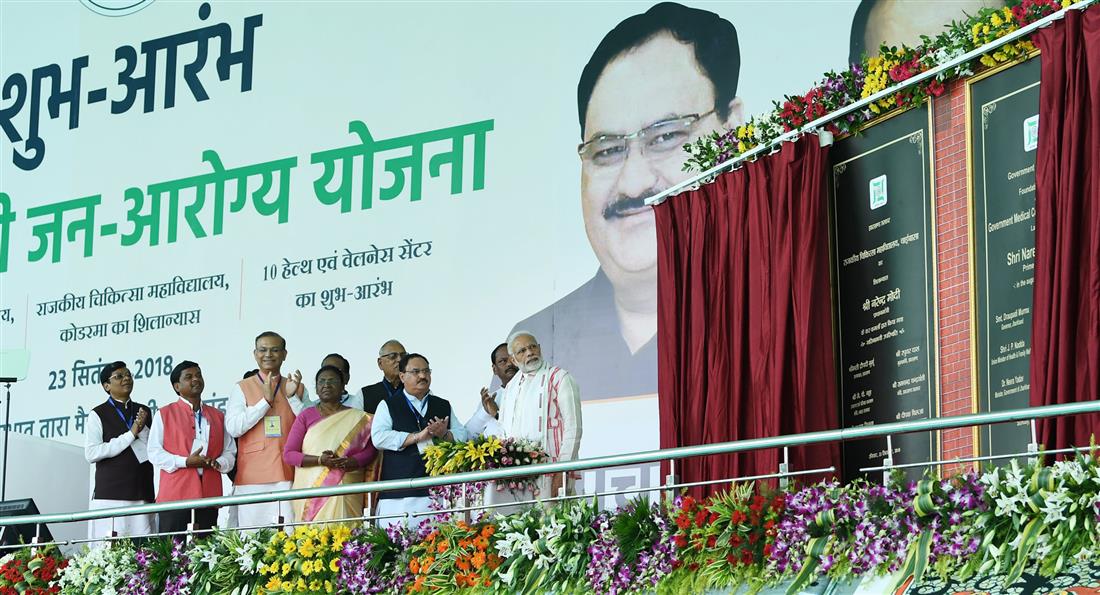 Every identified beneficiary family will get an e-health insurance card, which will entitle them to the scheme’s benefits. To help people, many of them uneducated and unaware of the fine print, avail of the scheme in a seamless manner, every empanelled hospital will have to set up a help desk, which will check documents to verify the eligibility, and enrolment to the scheme.

Technology will play a big part in the rollout. Every beneficiary will be provided with a QR code, which will be scanned to provide a demographic authentication using a family identification number allotted to eligible families to verify the person’s eligibility.

Beneficiaries can visit www.abnhpm.gov.in to view and download the beneficiary eligibility and empanelled hospitals list as and when it gets updated. They can also call the helpline number at 14555.

In a country where previous governments have singularly and spectacularly failed to provide even basic healthcare to the vast majority of its citizens, Modicare promises to cover medical and hospitalisation expenses for almost all secondary care and most of tertiary care procedures. A total of 1,354 packages provide treatment for coronary bypass, knee replacements and stenting, among others, at 15-20 per cent cheaper rates than the Central Government Health Scheme (CGHS).

Critics have questioned the economic viability and even the adequacy of AB-PMJAY to meet India’s burgeoning health challenge. Niti Aayog, the Indian government’s official think tank, which finalised the scheme, however, has pointed out that the hospitalisation rate in India is about 1.0-1.5 per cent. Extrapolated on to the universe of 500 million intended beneficiaries, that comes to about 5 million to 7.5 million.

All told, the government will spend about Rs 10,000 crore ($1.4 billion) a year in insurance premiums for the 100 million beneficiary families. That’s actually quite a small sum for an economy that is more than $2.5 trillion in size.

In Gujarat as Chief Minister and over the last four and a half years as Prime Minister, the Modi government has stood apart from its predecessors in being totally sector-agnostic while selecting key people to implement important initiatives.

For example, it has roped in private sector veterans to head the National Investment and Infrastructure Fund (NIIF), the closest that India has got to setting up a sovereign wealth fund (SWF), and Invest India, the government’s foreign investment facilitation agency. Then, it brought in former Indian Administrative Service (IAS) officer and World Banker Parameswaran Iyer to lead the Swachh Bharat initiative.

Mining gold at the bottom of the pyramid

Modicare also opens up massive investment opportunities for businesses and consultancies not only in India but also in Europe and the US.

Many of the hospitals, both in the private and public sector, will have to undertake expansion to meet the expected flood of additional patients. The government also plans to set up 150,000 new healthcare centres across the country.

All these will have to be equipped, wired and connected. This will require expert guidance and entail huge expenditure, all of which will lead to new business for established and new players in the healthcare machinery and services space.

Niti Aayog has calculated that India spends only 1.3 per cent of its GDP on healthcare, compared to 2.45 per cent in China and more than 2.5 per cent by Malaysia, Sri Lanka and Thailand.

Given the fiscal constraints, it will not be possible for the government to dramatically increase expenditure on health. So, it makes sense to roll out a scheme that promises to maximise the bang for every buck.

But I must add here that with four crucial state elections coming up in the next three months and the all-important Lok Sabha elections due in May next year, this carping criticism by political rivals is understandable. It is part of the cut and thrust of daily political life, which intensifies when elections approach.

A scheme like this, which most independent analysts are already calling a game-changer, will naturally make the Opposition nervous.

Modicare is distinct and unique to India’s requirements and could, over time, become an interesting template for other countries, especially in the developing world – just as Modi’s financial inclusion programme Jan Dhan has been hailed by the World Bank, amongst others, as a very exportable scheme.

And just as Britain’s National Health Service (NHS), launched by the government of Clement Atlee in 1948, is considered his lasting legacy, this could well be among Modi’s biggest and proudest legacies – though in the light of his very successful cleanliness drive, the very inclusive Jan Dhan Yojana and his clearly unfinished agenda of transforming India, I dare say it may be too early in the day to even talk of what his legacy might look like in future decades.