Skip to content
Massive room for growth in Indo-Israeli trade 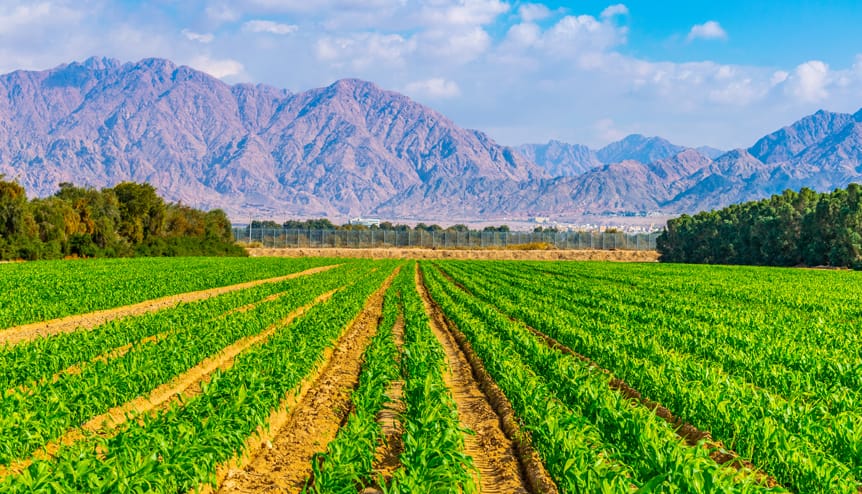 A series of recent MoUs and joint ventures could signal a new dawn for increased bilateral trade between India and Israel.

India’s trade relations with Israel are often overshadowed by the bilateral defence and security partnership – and with good reason. Diamonds, electrical machinery, chemicals, electronic and medical equipment, textiles, iron and steel, apparel and plastics are some of the items that India and Israel trade in, but they add up to only a fraction of the trade in defence and security items. The only items that come close to the value of the bilateral trade in defence goods are gems, jewellery and coins, which accounted for about $2 billion in bilateral trade in 2018.

Over the years, Israel has emerged as one of India’s largest and, arguably, most dependable partner in the defence sector. This relationship, which had small beginnings, received a huge boost during the Kargil War when Israel rushed urgently needed high technology precision-guided armaments from its own defence inventory in response to a request from the Indian government.

The Barak 8, a surface-to-air missile designed and produced jointly by India and Israel, which has added considerable muscle to the Indian Navy. Then, the sale of different variants of the Heron medium altitude long endurance (MALE) unmanned aerial vehicle (UAV) system that can fly up to heights of 35,000 ft and stay airborne for up to 45 hours has helped India add a new dimension to its intelligence gathering, reconnaissance, surveillance and target acquisition capabilities.

Israel is also the leading supplier to India of smart precision-guided ammunition such as I-Derby and Python-5 missiles and the Spice bombs that India used for bombing the terrorist training camp in Balakot in Pakistan.

India has also purchased the Integrated Underwater Harbour Defence and Surveillance System from Elta Systems, a subsidiary of Israel Aerospace Industries, for the defence of Mumbai port. This will enable Indian security forces to avert another attack such as the one in November 2008 when 10 terrorists trained, armed in Pakistan entered India’s financial capital from the sea and killed 166 people. This system will also be installed later at other important Indian ports and shore-based cities.

Since the Kargil war in 1999, when Israel emerged as a reliable supplier of high technology defence equipment to India, the country has emerged as among the top three sources of military gear, displacing France and the UK. In fact, it was the largest arms exporter to India in several individual years since the start of this century. It really took off following the US sanctions against India following the nuclear blasts in the Pokhran desert in 1998 and has maintained its trajectory since then.

Besides these, in 2018, Elbit Systems of Israel and Adani Defence inaugurated the first Make in India joint venture to manufacture the high-technology Hermes 900 MALE UAV in India.

Israeli defence contractors such as Rafael  (not to be confused with the French fighter aircraft with the same name) and Israel Aerospace Industries have been actively collaborating with Indian defence forces and the public sector Defence Research & Development Organisation (DRDO) on a wide range of defence platforms.

“Rafael is constantly seeking to enlarge its partnerships in India and is negotiating with the local industry to make this happen. It maintains an excellent relationship with the government offices, the DRDO, the forces and the industries, and is looking to expand its activities in India,” media reports quoted Rafael as saying. The company is now looking to establish global manufacturing hubs for its systems in India.

A natural corollary of the deep and wide-ranging defence relationship is the widening bilateral cooperation in space technologies, cyber security, counter-terrorism and intelligence sharing. India’s space agency, the Indian Space Research Organisation (ISRO) has signed an agreement with Israel Space Agency (ISA) following which each agency helped the other launch satellites such as Israel’s TecSAR and India’s RISAT-2.

There is also strong cooperation in the fields of counter-terrorism and intelligence sharing but Indian officials are chary of discussing this in view of the sensitivity of the issue.

If defence and security cooperation form the bedrock of Indo-Israeli ties, then collaboration on agriculture is, without doubt, the second most important sphere of the bilateral relationship. Following the India-Israeli Agricultural Project in 2008, 27 Israeli Centres of Excellence were planned across the country to teach Indian farmers new farming technologies, the latest farming techniques and impart knowledge on how to extract maximum value from the agricultural value chain. 15 of these 27 centres are already up and running in various states.

In particular, Israeli expertise on drip irrigation, which has turned the arid Jewish nation into a haven for farmers, has turned large tracts of wasteland in Haryana, Gujarat and Maharashtra into fertile food and fruit producing zones. For example, Israeli technology has turned Haryana into a major mango producing state and the drip-irrigated nurseries of Gujarat have given rise to new industries and newer livelihoods for these previous farm sector laggards.

The two sides are currently working out the specific areas and within them, projects in the agricultural sector on which Israel will collaborate with India.

Massive room for stepping up trade

There are also several other sectors in play. For example, during Indian Prime Minister Narendra Modi’s visit to Israel in 2017, the two governments signed MoUs on a wide range of subjects such as the setting up of an India-Israel Industrial Research and Development and Technology, water conservation, water utility reform in India, atomic energy and satellite technology.

But despite this, bilateral trade, at about $6 billion per annum, is way below its optimum potential. Though no targets have been set, the MoUs mentioned above and several joint ventures between private sector companies in India and Israel are expected to help ramp up bilateral trade volumes to levels commensurate with the size and sophistication of the two economies and the close diplomatic relations between New Delhi and Tel Aviv.

India and Israel have a lot in common. They are both vibrant democracies, both victims of terrorist violence perpetrated by hostile neighbours and both are the leading industrial powers in their respective regions.

Given this and the convergence of strategic, military and geopolitical interests, experts predict that India’s trade ties with Israel will only grow in the medium to long term.