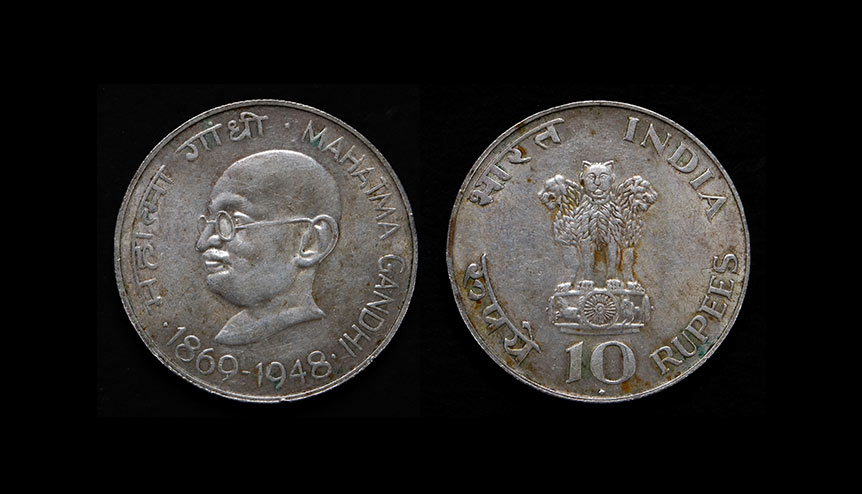 It was in October 2019 that the UK’s Royal Mint was tasked with exploring how Mahatma Gandhi can be honoured with a commemorative coin to mark his 150th birth anniversary year. And, that mission has once again hit the headlines as a new campaign to promote more ethnic minority figures on British coinage received the backing of UK Chancellor of the Exchequer Rishi Sunak.

While Gandhi’s commemoration for his message of peace and non-violence is very likely to mark the first Global Indian image on a new set of coins, it is by no means to be the only nod to Britain’s diversity on legal tender.

“We are pleased to be working with HM Treasury and The Royal Mint Advisory Committee to develop themes which celebrate the diversity of modern Britain. We look forward to sharing more in due course,” the Royal Mint confirmed in a statement.

We Too Built Britain

The others in the running to be recognised on a special series of coins being championed by the “We Too Built Britain” campaign, led by Global Indian politician Zehra Zaidi, received its formal nod from Sunak over the weekend when he issued a letter to the Chair of the Royal Mint Advisory Committee, Lord William Waldegrave.

Sunak’s letter reads: “For generations, ethnic minority groups have fought and died for this country we have built together; taught our children, nursed the sick, cared for the elderly; and through their enterprising spirit have started some of our most exciting and dynamic businesses, creating jobs and driving growth.

“I know you are already seeking to fully consider diversity in future coin design and I very much welcome these efforts. I hope this campaign reminds us of the importance and urgency of doing so.”

The Royal Mint Advisory Committee is an independent committee made up of experts who recommend themes and designs of coins to the Chancellor, in his role as Master of the Mint. The UK Treasury confirmed that the Chancellor is keen that coinage commemorates the work of the many previous generations who have served the UK and also nations that form the Commonwealth.

And, increasingly, there is a growing voice in favour of female representation, which has thrust Britain’s World War II spy and George Cross (GC) winner Noor Inayat Khan – a descendant of the 18th century Indian ruler of Mysore Tipu Sultan – into the limelight alongside British Jamaican Crimean War heroine Mary Seacole.

“The campaign for Noor Inayat Khan GC and Mary Seacole on legal tender is very much alive. We have waited 400 years for ethnic minority representation on legal tender,” said Zaidi.

In her letter that triggered off the campaign in favour of the coins, Zaidi – a former Conservative Party candidate – had highlighted how the theme will unite people, especially now as the UK comes together through the coronavirus pandemic, and is collectively recognising the heroic work of ethnic minority staff in the health and care services.

The campaign stresses that “symbols matter” and now it has the backing of the Master of the Mint.