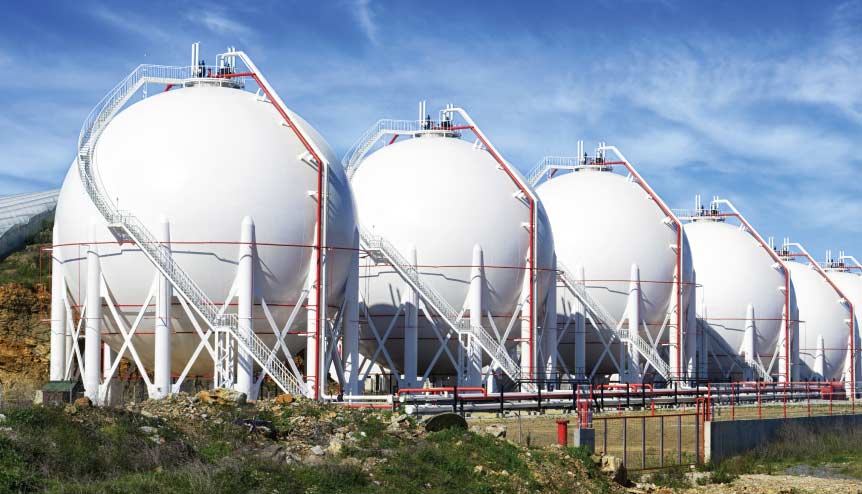 As India, the world’s fourth-largest LNG importer expands its infrastructure across the value chain in a coordinated fashion, new opportunities open up for the private sector.

A roadmap to a greener future has liquified natural gas (LNG) as a central feature, and India has been active in building out regasification as well as domestic pipeline capacity over the last sixteen years in line with its plan to achieve its environmental goals.

As the country adds four new import terminals to the current six by 2023, regasification capacity will be expanded by nearly 45 per cent to 7.6 billion cubic feet/day from the current baseline. By 2030, India aims to increase its share of natural gas in the energy mix from 6 per cent to 15 per cent, which would imply that price risk management will become increasingly important. This is happening while simultaneously diversifying its sourcing portfolio, giving rise to a plethora of opportunities arise for exporters, traders, engineering, construction and maintenance specialists in years ahead.

Where does the LNG come from? 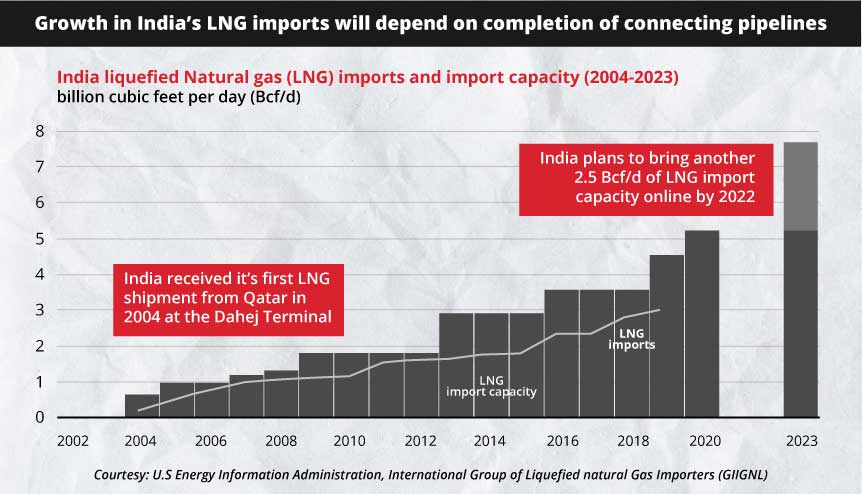 Domestic onshore and offshore gas production has seen declines over the years, and while the government has ramped up efforts to invest in upstream energy projects overseas, much of the focus has been on exploration and production of primarily crude oil. In light of this, there is a growing dependence on imported LNG to service the needs of industrials, power generators, retail consumers and the fertiliser industry. Petronet, GAIL, Royal Dutch Shell, Adani and Indian Oil are leading players in the import capacity building space and have signed several long-term agreements with suppliers from the US, Australia, Qatar and Russia, helping strengthen bilateral ties between governments. 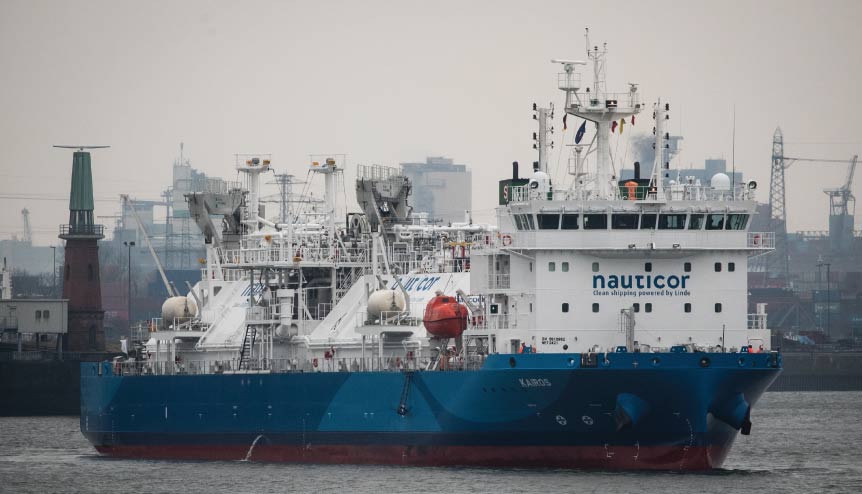 Unlike petroleum products that offer flexibility through storability, natural gas has its limitations in that regard. An advanced network of pipelines that transports gas across the country to its end users underpins any expansion on the regasification and upstream fronts, pointing at the need for a coordinated effort across the supply chain to ensure planned receipt of offtakes from suppliers. Until recently, the pipeline network has been largely confined to the western seaboard in industrialised states like Gujarat and Maharashtra.

As a part of the Modi government’s efforts to provide sustainable and environmentally friendly energy security to the East and Northeast, it has approved government funding for 60 per cent of the $1.25 billion, 1,656 km North-East Gas Grid project. Similarly, the heavily industrialised South Indian states which have been dependent on imported coal for power generation will get access to piped gas through Indian Oil’s $800 million, 1,450 km pipeline in the next two years. As the natural gas network infrastructure buildout progresses at the planned paced despite the Covid-19 pandemic, timely delivery will ensure reliability in forecasts of the end-user capacity in the value chain. In a market dominated by large players, what kind of opportunities arise for medium and small-sized firms? From steel production to service pipeline construction to engineering for design and maintenance, small local and firms can boost their technical expertise. With an upskilling of the workforce that gains valuable experience working on large scale grid projects, Indian firms can eventually hold a distinct advantage in the global LNG infrastructure space by providing services at competitive rates to participate in similar overseas ventures. 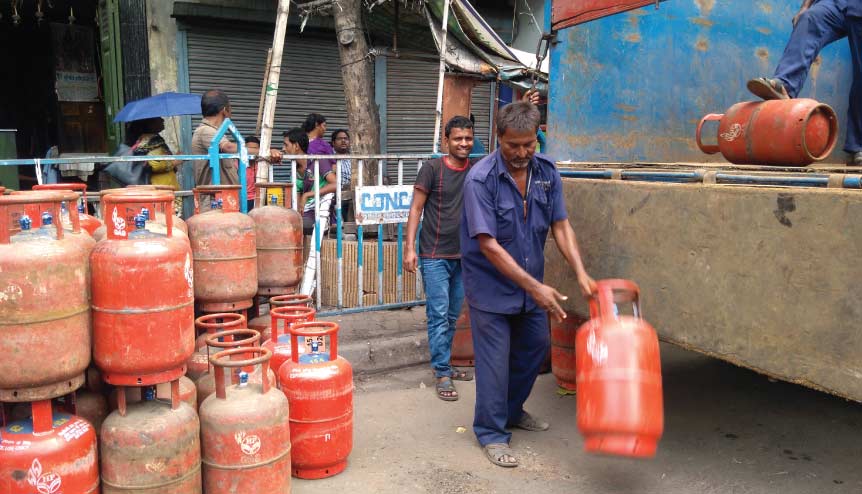 While the oil price crash grabbed headlines globally, the magnitude of the drop in global natural gas prices is as spectacular, if not more. An oversupply of LNG came to head with a decline in gas consumption amidst the Covid-19 outbreak. While gas demand has largely recovered since March, prices still remain depressed due to the massive glut of supply. Most Indian long-term import contracts are priced on an oil-linked basis, while a small fraction is determined by one or some combination of hub, fixed or the spot market prices. These hubs include Henry Hub (US), TTF (Europe) and JKM (North-East Asia), all of which have derivative contracts that can be used for hedging and optimising.

Just as domestic last-mile infrastructure needs to keep pace with the development across the supply chain, so does the creation of domestic Indian gas trading hubs for creating an efficient end-to-end price optimisation. In a major milestone, this week government launched India’s first physical gas hubs, two of which are on the west (Hazira and Dahej) and one is on the east (Oduru). 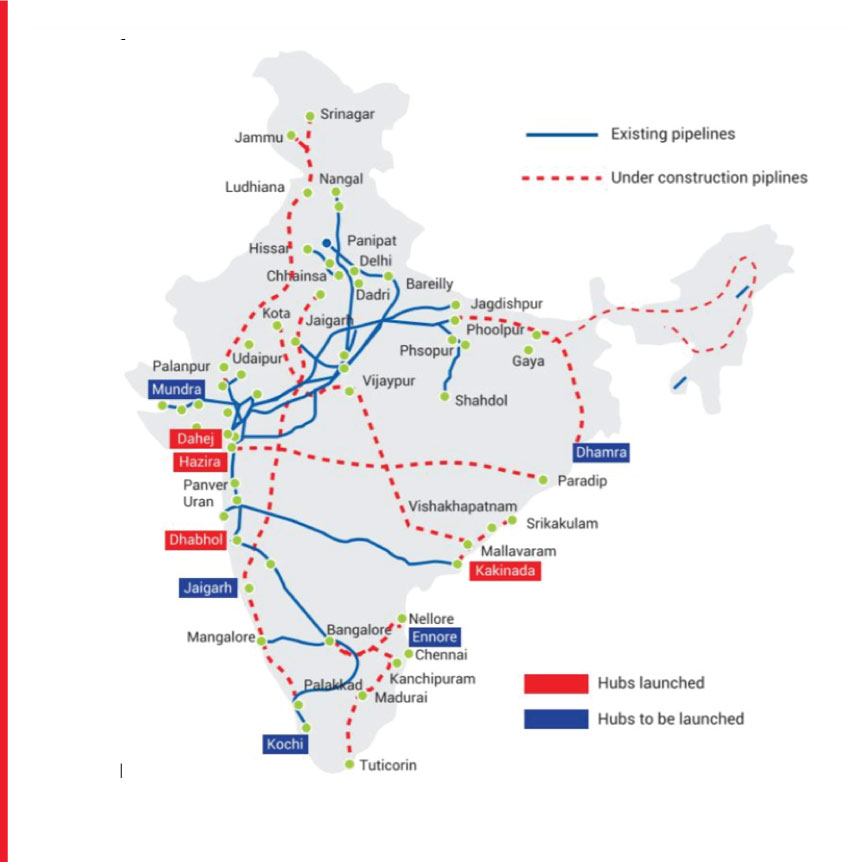 This will generate price discovery for international and domestic traders, enabling flexibility in their supply and purchase schedules. Consequently, it will increase India’s involvement in the global LNG spot market which gives the ability to lock in value in a low-price environment. Why is this important? Due to the nature of the long-term backwards-looking oil-linked contracts, the country imported LNG at around $8/mmbtu in 2019, nearly 50 per cent higher than if it had been linked to the Asian JKM spot prices over the year, and this year the cost-saving would have been even more pronounced.

As import volumes surge going forward, enhanced price risk management will become critical for ensuring the financial stability of domestic and international players participating in the Indian market. For this, the development of Indian trading hubs alongside active involvement in international derivatives trading will play a crucial role.

About the Author: Surya Kanegoakar