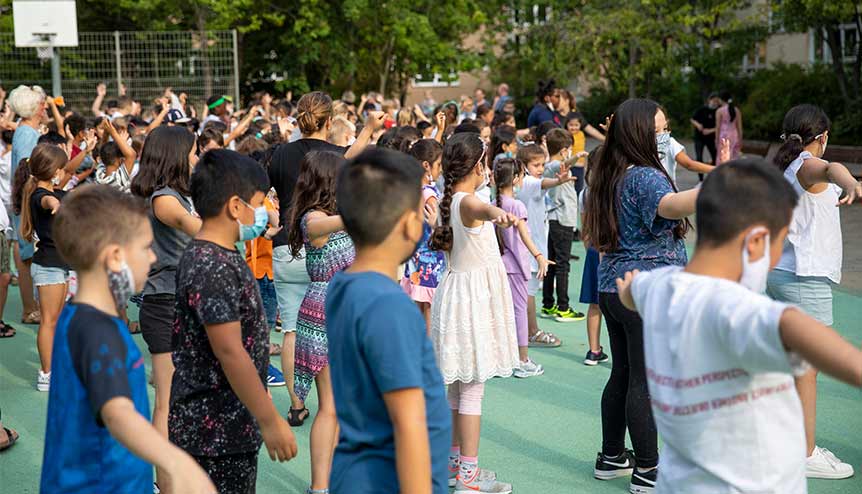 One of the world’s largest studies of its kind has indicated that there is little evidence that coronavirus is transmitted in schools.

Professor Russell Viner, President of the UK’s Royal College of Paediatrics and a member of the government’s Scientific Advisory Group for Emergencies (SAGE), said the forthcoming report by Public Health England (PHE) would help put parents’ minds at rest as the UK prepares for a full reopening of schools after lockdown and the current summer holiday period in Britain.

“A new study that has been done in UK schools confirms there is very little evidence that the virus is transmitted in schools,” Viner told ‘The Sunday Times’.

“This is some of the largest data you will find on schools anywhere. Britain has done very well in terms of thinking of collecting data in schools,” he said.

The study was carried out in 100 institutions in the UK and is expected to be published later this year. About 20,000 pupils and teachers in 100 schools across England were tested to monitor the spread of the disease up to the end of the summer term – which runs from April-July in Britain.

UK Education Secretary Gavin Williamson also made a reference to the promising PHE study in an attempt to stress that it is time for schools to welcome back pupils to classrooms amid Covid-secure settings, including ensuring regular hand-washing.

“We have always been and will continue to be guided by the best scientific and medical advice. The latest research, which is expected to be published later this year – one of the largest studies on the coronavirus in schools in the world – makes it clear there is little evidence that the virus is transmitted at school,” said the minister.

The intervention came as UK Prime Minister Boris Johnson is said to be focussing on getting all children back to school from the September term as a matter of priority.

He said: “It’s not right that kids should spend more time out of school. It’s much much better for their health and mental wellbeing – obviously their educational prospects if everybody comes back to school full-time in September. It’s our moral duty as a country to make sure that happens.

“A lot of work being done over making sure that there’s social distancing, bubbling, staggered start times, all that kind of thing. But basically the plan is there: get everybody back in September, that’s the right thing for everybody.”

The coronavirus pandemic lockdown resulted in schools closing on March 20 and many would have been closed for more than five months by the start of what marks a new academic year in England next month. On June 1, some schools began a limited reopening for early years and primary pupils. Under the government’s plans, most children across the country should be back in class by next month.

However, there are still some lingering concerns as the Opposition Labour party and some headteachers have called for improvements to the test and trace system to more effectively track the spread of coronavirus.