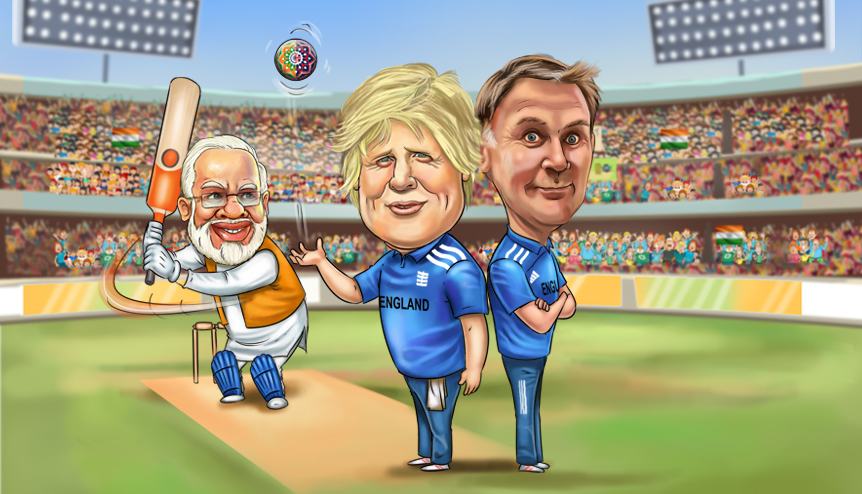 UK-India Week 2019 offers the perfect pitch for the UK and India to take to the crease to hit some big targets and defend the international rules-based order, writes India Inc. Founder & CEO Manoj Ladwa.

This year’s UK-India Week comes at a very crucial juncture in the bilateral relationship between the UK and India. As the Narendra Modi led government settles into a second term with an overwhelming electoral mandate, the UK government prepares for a new Prime Minister to take charge and steer a Brexit-battered ship.

In the past 12 months since the last UK-India Week – organised annually by India Inc. – it would not be an exaggeration to say that Britain’s impending exit from the European Union (EU) has taken up far too much time and focus. While India was busy with its own mega electoral process which concluded in May, it was inevitable that the well-heeled UK-India relationship was left effectively on auto pilot mode for some time. Now, we really must pick up the pace.

As the House of Commons Foreign Affairs Committee’s Global Britain and India inquiry report released to mark the first-ever “India Day” in the Houses of Parliament concludes, the story of the UK’s recent relationship with India is primarily one of missed opportunities.

It is about time to bring the winning partnership back into the eye of the storm because India is a very important partner for the UK and it should not be forgotten in this time of political turmoil.

The reason for that cannot be more obvious. In today’s world, we have an increasingly belligerent US President who seems determined to over-ride as many of the international rules as possible – favouring chaos over order. And, there are concerns over China’s true intentions behind a global technology sweep and Russia’s muscular approach to international issues. The tit-for-tat trade wars triggered by Donald Trump are a matter for serious concern, with UK international trade secretary Liam Fox recently warning that the future of free trade itself is in serious peril as the World Trade Organisation (WTO) battles with an “existential crisis”.

The only way to restore order and ensure that the UK remains true to its “Global Britain” ambition is to focus on solid and reliable relationships between likeminded countries. It is in that context that the UK-India relationship must take centre-stage. A lot has been achieved in the past few years despite the UK’s preoccupation with Brexit – the highlight almost certainly being the UK-India Tech Partnership which is showing real results in the sheer number of exchanges in the field of technology. But we need to go further than this and move the narrative along. We must start focussing on some of the missed opportunities while keeping innovation and collaboration at the heart of the UK-India bond.

The facts and figures speak for themselves, with the UK’s Department for International Trade (DIT) unveiling some solid export figures of a 31.8 per cent hike in goods and services exports from Britain to India. Bilateral trade is valued at more than £20.5 billion annually, with India ranked 11th among the UK’s key markets outside of the EU – a firm ground to build upon within the context of Brexit.

For India’s part – Indian investments into the UK have shown a consistent upward swing despite the headwinds of Brexit. As the recent CII-Grant Thornton ‘India Meets Britain Tracker’ revealed, Indian companies operating in Britain increased from 800 in 2018 to 842 in 2019, employing over 104,783 people. Among one of the highlight figures from the Tracker was that 24 per cent of Indian companies in the UK have at least one woman on their board, getting close in line with FTSE 350 UK companies where a quarter of board positions are now filled by women.

This year UK-India Week takes its own extra step to celebrate and champion gender diversity, with an all-women jury for the UK-India Awards and an all-women ‘100 Most Influential in UK-India Relations’ list. This aspect exemplifies the depth and breadth of the UK-India collaboration, which can firmly take charge to set the course for a world order fit to withstand the uncertainties and threats it faces. In order to be a significant 21st century power, equality must be at the heart of what we do, and our efforts at India Inc. shine a spotlight on the need for this to be front and centre.

UK-India Week 2019 – with its power-packed agenda starting with India Day, down to a Leaders’ Summit in the English countryside, and concluding with the gala awards ceremony – is where we will no doubt be finetuning some of the big ideas and concepts into action.

It is time to pick up the pace and, in keeping with the current Cricket World Cup fever, let’s play in the spirit that takes the UK-India partnership to new heights.