Skip to content
Kenya: A land of many investment opportunities

Kenya: A land of many investment opportunities 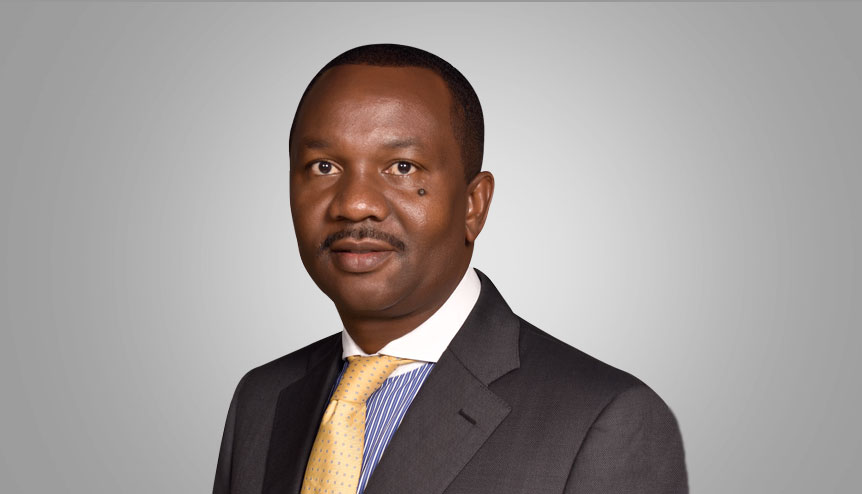 The head of Kenya’s inward investment authority lays out the various investment opportunities for Indian and foreign companies looking to invest in the African nation.

Kenya is the fifth largest economy in Sub-Saharan Africa. It is the dominant economy in the East African Community (EAC), contributing more than 50 per cent of the region’s GDP. Kenya’s annual GDP growth averaged 4.5 per cent between 2008 and 2012 and 5.2 per cent between 2013- 2017 and in 2018, the growth was 6 per cent. The increasing growth reflects strong macroeconomic and structural reforms implemented during the last five years. The annual GDP growth target in Kenya Vision 2030 is double digit.

The Government of Kenya recognises the critical role played by private investment and has put in place measures to attract and retain foreign investment while encouraging the expansion of domestic investment. The aim is to increase private investment to 24 per cent of GDP by 2030.

The Government has put in place strategies and policy initiatives to enhance the investment environment, key among them being:

-100% if the investment is location in Nairobi, Mombasa and Kisumu cities; and

The authority has been able to register and facilitate 157 investment projects from India worth Kshs.32.910 billion. The investments have the potential to create employment to 11,6588 Kenyans. 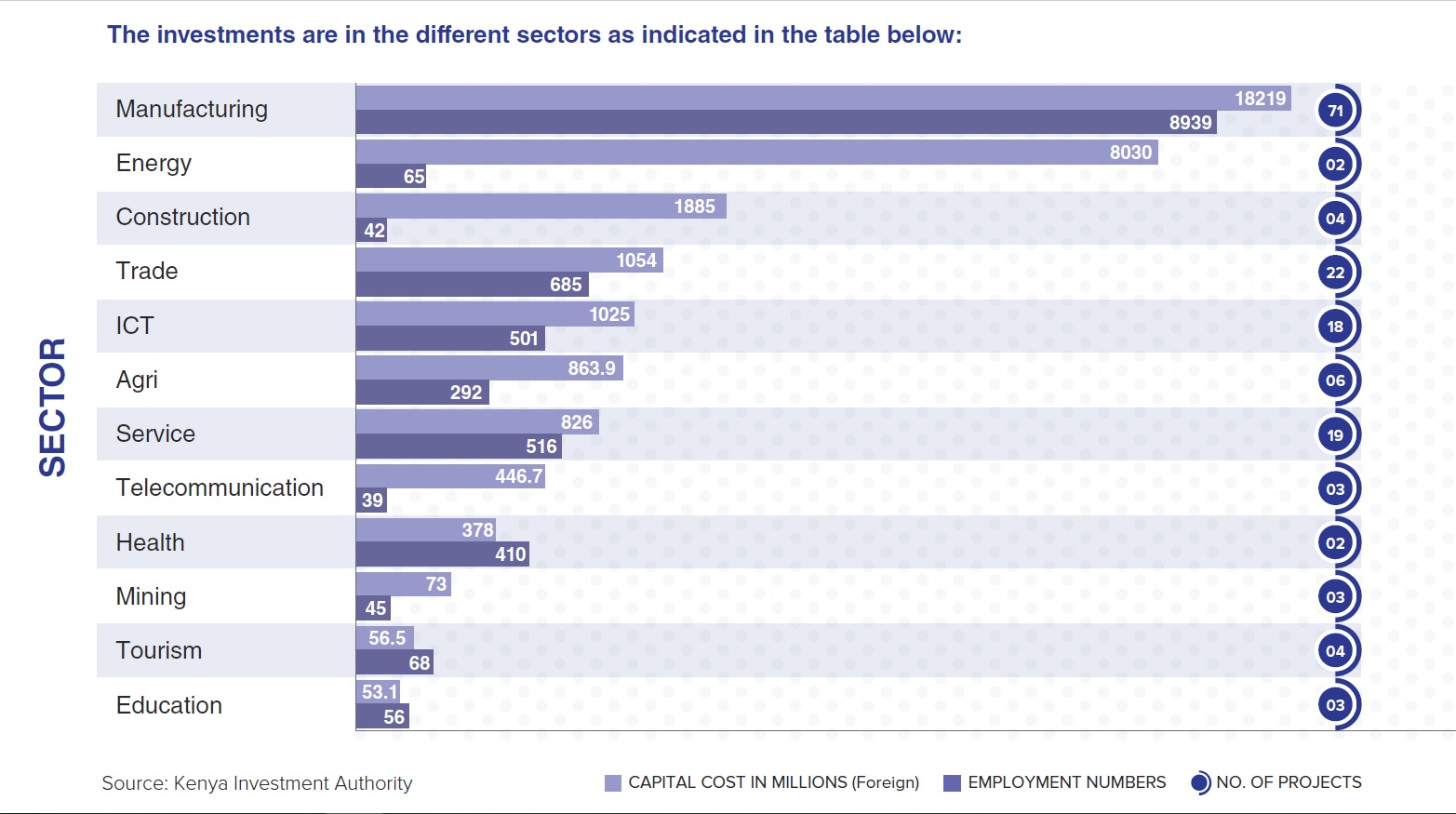 The sectors that have attracted the highest investment are Manufacturing, Energy, Construction, Service and ICT. The data provided is, however, for companies which registered with the Authority. The Investment Promotion Act, 2004 does not mandate all investors to register with Authority, hence the figures provided do not represent all the Indian investments in the country.

The Agreement on Avoidance of Double Taxation signed between Kenya and India was gazetted and entered into force on 30th August 2017. In recognition of the strong trade ties, the two countries signed a Trade Agreement in 1985 culminating in the formation of the joint Kenya-India Joint Trade Committee in 2017 that provides a platform for the engagement in trade related matters.

Kenya is a member to regional trade blocs and access to preferential markets has played a significant role in attracting multinationals to locate in Kenya. Kenya is a beneficiary of several trade preferential arrangements which includes the African Growth and Opportunities Act (AGOA) which allows for quota free and duty-free access to the USA market for items produced in Kenya. Kenya is also a beneficiary of the East Africa Community-European Union (EAC-EU) Economic Partnership Agreement (EPA) which gives duty and quota free access to the European Union.

At the regional level, the African Continental Free Trade Area treaty entered into force on 30 May 2019. The Treaty is expected to spur intra-African trade and stimulate competitiveness of African industry.  It will also create positive multiplier effects for companies that choose to invest in Africa due to liberalized markets. In this regard, Kenya’s position in East and Central Africa makes it an ideal launch pad to access the markets of East and Central Africa (EAC) with over 150 million people, and the Common Market for Eastern and Southern Africa (COMESA), with over 430 million people, and indeed the wider African Continental Free Trade Area.

Ease and Cost of Doing Business

The Government is working round the clock to ensure that the business environment is conducive for business to grow and thrive. Several initiatives have been established; these include but not limited to the below:

Through the above initiatives, Kenya’s improvement in the quality of her business and investment environment continues to be recognized in various forums.  The country’s unprecedented rise in the ranking under the World Bank’s Ease of Doing Business (from 136 globally in 2014 to 61 currently) is a great achievement. In the Global Competitiveness report released on October 2018, Kenya was ranked as the seventh most competitive economy in Africa (and 93 globally) behind Mauritius (49th globally), South Africa (67), Morocco (75), Tunisia (87), Botswana (90), and Algeria (92). Several independent reports also indicate that Kenya remains the preferred investment destination on the African Continent.

Kenya’s attractiveness as an investment destination continues to spur with strength and clarity of regulatory and legal frameworks for investment, which provide for adequate investor protection in line with most international standards (including safeguards for property rights and expropriation). Kenya is a signatory to MIGA, the Convention on the Settlement of Investment Disputes between States and Nationals of Other States (which established ICSID), and a member of the Africa Trade Insurance Agency (ATIA), headquartered in Nairobi.

Kenya Investment Authority’s mandate as provided for in the Investment Promotion Act, 2004 is to promote and facilitate investment in Kenya by both local and foreign investors. This is achieved through research and policy advocacy, marketing initiatives, tracking and aftercare, issuance of Investment Certificate and Provision of One Stop Centre services which include: business registration; immigration; advice on matters relating to taxation in Kenya; advice and license on environmental impact assessment; assist investors in power connections; advice and issue business permit licenses and any other approvals required by the county government; and advices investors on the export processing zones scheme, and licenses and facilitates investors within the zones.

We welcome all new investors from India to invest in Kenya. We at Kenya Investment Authority are ready to offer any kind of support/facilitation that investors may require to invest in the country.

Dennis K. Waweru is the Chairman of the Kenya Investment Authority.

About the Author: Dennis K. Waweru