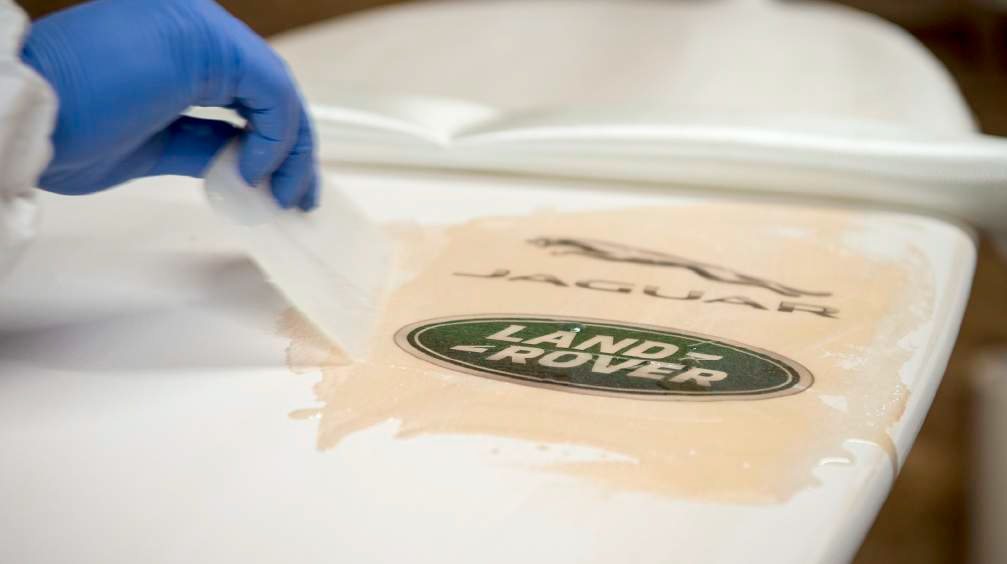 Tata Motors owned Jaguar Land Rover (JLR) has unveiled ambitious plans to electrify all its vehicles from 2020 as part of a more greener strategy.

Tata Motors owned Jaguar Land Rover (JLR) recently announced that all its new models will be electrified from the year 2020.

The luxury brand, acquired by the Indian automotive giant nine years ago, unveiled plans for a range of fully electric, plug-in hybrid and mild hybrid vehicles in the coming years.

“Every new Jaguar Land Rover model line will be electrified from 2020, giving our customers even more choice. We will introduce a portfolio of electrified products across our model range, embracing fully electric, plug-in hybrid and mild hybrid vehicles,” Dr Ralf Speth, JLR Chief Executive Officer, revealed at the inaugural Tech Fest in London.

“Our first fully electric performance SUV, the Jaguar I-PACE, goes on sale next year,” he said.

JLR has not yet set a timeline for a move away from petrol entirely.

The company has also issued a challenge to the UK government to match the industry’s ambition and bring society together to deliver a new world of mobility.

Speth said: “Can the UK compete with other nations who are moving fast in developing the technology, infrastructures and collaborations to shape the future of mobility?

“This country has the intellect, imagination and ideas, as you will see today. It always has.

“But history tells us too often it has failed in delivery. And in this new mobility revolution, if there is not a nimbleness in response, the danger of failure is too harsh to contemplate.

“Dates are set by UK government for the banning of diesel and petrol vehicles by 2040, but with no detailed plans behind this bold statement. We as a company, can deliver electric vehicles. Where is the network of charging points that they will require to function? Indeed, where is the power grid that will allow us to build them?

“We know the levels of connectivity that will be needed in the future. To allow autonomous vehicles. Freeing individuals. Increasing productivity. Reducing accidents.

“We know of the 5G network the rest of the world is working upon to enable it. Where is it here?”

The company also presented the Jaguar Future-Type as a vision for the car of 2040 and beyond.

“The fully autonomous virtual concept explores mobility for the connected world of tomorrow, where vehicles could be shared not owned,” JLR said.

It includes Sayer, the first voice-activated artificial intelligence (AI) steering wheel that will be able to carry out hundreds of tasks.

“The advanced speech recognition software will allow it to answer your questions, connect you to the news, organise your travel and select your entertainment. Sayer knows what’s in your fridge and can even order your shopping or a pizza. You will never run out of milk again. It will be your go-to device,” JLR claims.

Speth called on the world to move to a new level of globalisation to meet the social and technological demands of a worldwide mobility revolution.

He said: “Our era of globalisation has been both a positive and a negative. For a country like the UK it lowered the costs of imports, improving the quality of lives. It also saw the export of jobs diminishing the quality of life in many communities and, in some cases, leading to their extinction.

“We have to accept that in a time when innovation can come from any continent, differing social conditions can be the difference in the speed of delivery of those ideas.

“For a company like Jaguar Land Rover – a quintessentially British company – globalisation has been a benefit. We are now a global company with a reach and facilities across the world. Becoming truly international has not diluted our Britishness, it has enriched us.

“That is why the next stage of globalisation – Globalisation 2.0 if you like – must be about more than competition. It must mature into collaboration.”

JLR’s also hosted a first-ever Tech Fest in London in September based on the theme of “Technology with Heart”. It was marked by a series of debates and discussions on the future of mobility and technology and includes a live challenge to test potential JLR recruits’ technical ability, logical-thinking and memory. As part of a tie-up with award-winning virtual band Gorillaz, successful players will be first in the queue for a chance to work at JLR.

The event was packed with innovative exhibits and interactive displays to demonstrate how technology is being used to make a positive difference. Some of the aspects included the “Waste to Wave” surfboard project as an example of a number of innovative recycling initiatives which give a second life to materials previously destined for landfill.

JLR also demonstrated its “Autonomous Urban Drive” research technology, which can enable a vehicle to operate without a driver through a city, obeying traffic lights as well as negotiating T-junctions and roundabouts, already in use in its Range Rover Sport model.

The “Night Time Sun” installation, a collaboration between several artists, uses solar lamps from JLR’s “Lighting Up Lives” project to harness the sun’s power to transform lives. Working with Climate Care, the company is working on providing clean, safe, renewable solar-powered lamps to families in Kenya, giving up to four hours of additional light every evening. The company said it plans to light up the lives of 1.2 million people by 2020 as part of the project.