Skip to content
It’s dicey, but Indian companies must not turn their back on the UK

It’s dicey, but Indian companies must not turn their back on the UK 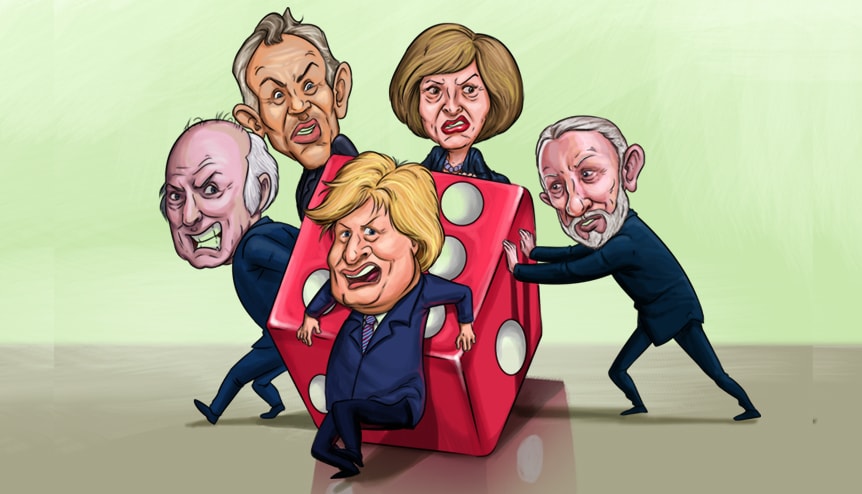 While it is prudent for Indian companies to prepare for all Brexit eventualities, they must avoid knee-jerk reactions, writes India Inc. Founder & CEO Manoj Ladwa.

The largest parliamentary defeat for a British Prime Minister in a long, long time… a face-saving victory in a no-confidence vote brought by Jeremy Corbyn… and total confusion.

Three weeks after high drama in the Mother of Parliaments, there is still no clarity on what exactly will happen at 11 pm UK time on March 29, when Britain is scheduled to leave the EU.

Politicians across the British political spectrum, businesses, including some 800 Indian companies that have invested billions in the UK, analysts and most other people I can think of are trying to make sense of the theatre of the absurd that seems to be playing out in the UK.

I have found, in my interactions with Indian business leaders and policy makers, that there is considerable concern about the future.

Investments, which have made India Inc. the fourth largest foreign investor in the UK, is driven not only by the significant British market but also by the UK’s position as India’s bridgehead to the vast EU market and beyond. Many Indian companies have set up shop in the UK to take advantage of London’s position as the centre of global finance.

With the uncertainty persisting over the final shape of a Brexit deal – with even a no-deal Brexit still looming as a massive threat – these assumptions of Indian companies are coming under question.

They have to ensure that their investments remain safe. I’m sure that the Tata Group, which is the single largest Indian investor in the UK, and the other big boys of India Inc. are already planning for multiple emerging scenarios, including the possibility of a no-deal Brexit.

It is the smaller, but no less significant players in their own sectors, who make up the largest group of Indian investors in the UK in terms of sheer numbers, who need to start doing the same.

At the same time, they should avoid knee-jerk reactions and desist from embarking on a particular course of action only because some of their peers are doing the same.

They should bear in mind that regardless of whether  Britain exits the EU with or without a deal, the UK will remain the world’s fifth-largest economy with truly global linkages with every part of the world. It will also retain its global technology leadership and its organically evolved infrastructure to support cutting edge innovation. And London will continue to be among the world’s top financial centres.

These will not disappear overnight… or even in the next five-six years. Indian companies can continue to benefit from these for years to come.

In fact, there could be large gains for Indian companies that stay back as many retreating companies – such as Nissan, which shelved plans to build its new X-Trail in the UK – will leave open large market opportunities for those that stay back.

Thus it would make sense for Indian companies to consider more vocal backing of the UK economy.

The coming into force of the EU-Japan trade deal earlier this month shows that some nations are already putting Brexit behind them and moving on. Many more will do so in the months and years to come.

India’s ties with the UK are centuries old and the two countries are tied together at several places and at multiple levels. Collectively, these can add up to form a mutually beneficial and potentially defining 21st century relationship.

The reality is that the tide is turning and Indian companies will ultimately need to take their own rational decisions based on economics. But they should consider their options very carefully before turning their back on the UK.

At a personal level, I wish the UK never voted to leave the EU, but Brexit is as much a state of mind amongst many Britons and its underlying causes must be addressed and the new opportunities it throws up must be encashed.