Skip to content
It’s a lot more than just cricket! 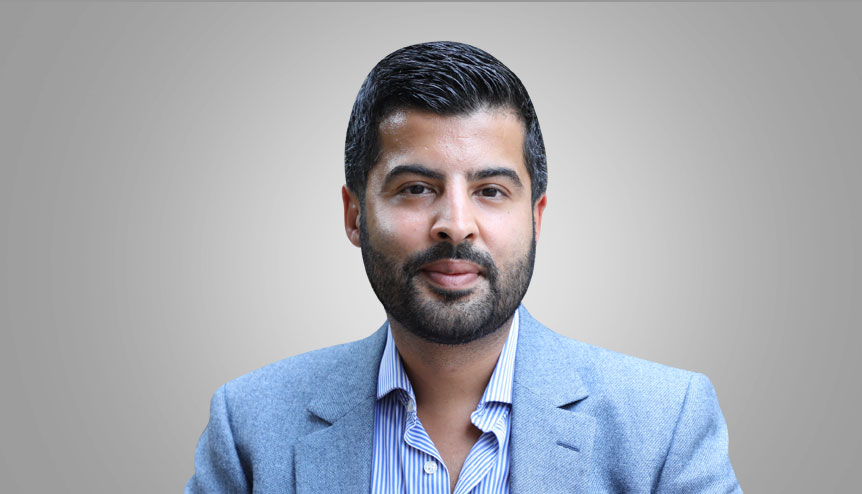 A British diplomat, having lived in India for the past three years, reflects on his time in the country and pinpoints a few opportunities to build closer relationship between India and the UK.

How many of you recall visiting pre- ‘91 India? I am not the only second gen Indian who does so vividly. The angst- driven push of our nostalgic parents, lost to mill towns, overtime and corner stores, forcibly recreating on us their childhood experiences. And our suspicions, often borne out, that inheritance rather than Indophilia, was their motivating factor. Not backpacks, lassi and cricket, but beaten buses cranking past Ambala to Amritsar. Less tech, AC, or BPO, more power cuts, humming mosquitos and choosing between Thums up or Limca.

The context in which I arrived here in 2015 was, of course, different. India was rising fast; brands filled her neon-lit malls and the economy had tripled in size in ten years. India led the world on BPO, spewing out 1 million graduates a month requiring skilling and employment. 65 per cent of its population was below 35, consuming world-leading levels of data with mobile penetration creating disruptive start-ups across fintech, createch and many other sectors. PM Modi’s landslide election victory in 2014 quickly bore development and economic fruit, illustrated by close to 8 per cent annual economic growth, and the emergence of Make in India, Start Up India and Skill India as flagship initiatives.

It has been a lifetime privilege to serve both masters for the past three years, which have seen as much change as the previous twenty. India is the fastest-growing G20 economy. It matters and is often described as the ‘new China’. Global business agrees it needs to be here, however challenging the journey. Modi’s recent thumping election victory has cemented, we hope, a future path of strong governance reform already laid out by the implementation of GST and rapid increases in EODB rankings. In many ways, Modi and India Inc can choose from its many potential suitors. The UK can and will be one of them.

It is in the current, rapidly changing, global context that the strong existing India-UK bond will require a redoubling of our collective efforts to maintain. We have seen 10 consecutive quarters of export growth, with bilateral trade now totalling close to 21 billion. An increase of 14 per cent in 2018 shouldn’t be dismissed. The UK is proud to have been the largest G20 Investor in India since 2000. And as the upcoming India Day at Mansion House will demonstrate, the City of London is keenly leveraging its global position to raise finance for India’s multi-trillion green finance and wider infra needs. On the flip side, India is outpacing China and Japan in consolidating its UK investments, which increased by 321 per cent in 2016, to over £7.5 billion.

Driven from the very top, we have coined a new term to drive our collective efforts. Whereas the #living bridge of my youth comprised ILR stamps, one-way remittances and Bollywood playback, today it represents a flow of people, ideas, institutions, language and technology few other countries can match. Movement of people across the bridge has never been stronger. February’s figures show continuing rapid rises: at almost 20,000 annually, student numbers have almost doubled in three years, visit visas have increased by 10 per cent to more than 485,000 and the UK issues more skilled worker visas to Indians than the rest of the world combined. Looking forward, I am confident India’s strong engagement in the Immigration White Paper will ensure it is better for students, better for workers and better for everyone.

There is no better time than now to accelerate our collaboration. Why? Among much else, we complement each other’s strengths. I am most proud of the work we have done in co-producing the India-UK Technology Partnership launched by PM Modi. Technology diplomacy means India, with its tech talent and titans, can meet the UK’s Post-EU exit strengths on AI, clean growth and future mobility in the middle. We can work to our respective strengths; linking Modi’s flagship Ayushman Bharat scheme to the UK’s healthcare AI companies, leveraging India’s competitive federalism with the UK’s rapid devolution of tech, economic and job creation to regions including the Northern Powerhouse and Midlands Engine. The path to a global-leading, tri-partite Future Manufacturing Centre is also being laid. Our collective commitment, patience and ingenuity will ensure this partnership, the world’s first, will be the envy of our French, German and other competitors.

India Inc has put its money where its mouth is. The investment relationship grows despite obvious global headwinds. Indian owned companies now turn over more than 48 billion in the UK, rising from just 14 billion in 2014. I claim zero credit, but it’s worth noting that anywhere between 30-40 per cent of these high-quality jobs are in tech and telecoms. HMG’s India network, the world’s largest (and may I add commercially skilled?), has ensured household names like Ola, OYO rooms, Tech Mahindra and FirstSource have chosen the UK as their home-from-home, adding many thousands of jobs in the recent past. They choose the UK because, put simply, it’s the world’s best place to grow a digital business with access to talent, innovation, R&D and risk capital that few can match. As proof, this year’s London Tech Week, part of the GREATIndianSummer, has had a distinctly Indian flavour: a 50 strong Indian tech company presence, including NASSCOM, live coverage from India’s top tech journos and the launch by Minister for Investment Graham Stuart of the Infosys Design and Innovation Centre. 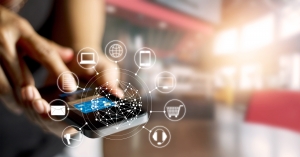 I leave you with three opportunities; firstly, that India will surpass the UK in global economic rankings in 2019 and is projected to be the world’s third-largest by the end of the next decade. By that projection, current levels of bilateral trade and investment require rapid acceleration. So, the question we must ask ourselves, perhaps even debate at UK-India Week 2019, is which winners of the future should we back? What does the next development, tech (and of course election) cycle hold for India? The era of AI is now, with potential to add close to a trillion dollars (or 15 per cent of GDP) to India’s economy by 2035. The UK is a well-known global leader in this space but needs its VC industry to look seriously at India’s scale and opportunity. There will be many other potentially transformative opportunities.

Secondly, that such transformation will require a genuinely two-way traversing of the #living bridge. I have been incredibly lucky, and gained new insights, as a second-generation ‘livingbridger’ in India. I am proud that HMG sees value in such diversity, and hope that my insights have been richer, and connections deeper, as a result. As a result of the OCI scheme, more than 10,000 British citizens move to India each year; many are second generation and have joined or established world-leading businesses. Given the economic growth I described earlier, the opportunities for growth remain immense, and the experiences to take back to the UK genuinely life changing.

Finally, that our debate can and should always be honest and constructive. Like the India-UK Future Tech Festival held last December, UK-India Week is a prime example of how quality debate, irrespective of track, can draw together policymakers, business and technologists. I urge you to take part fully. We can disagree, as I am sure we will. But ultimately, we can hedge risk, do deals and move forward together. It is in this spirit that I shall in future cheer you from (slightly) further away, with part of me left in India. I cannot thank you enough for the opportunity.

Did someone say there’s a cricket match on Sunday?

About the Author: Amo Kalar