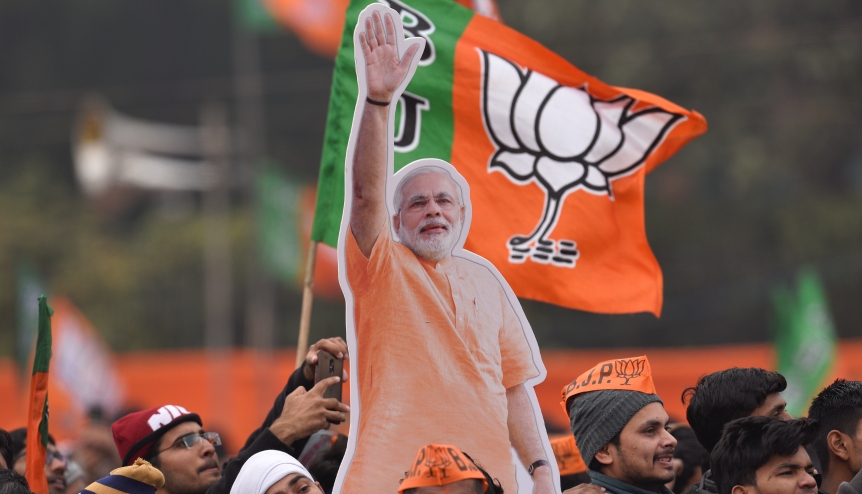 Respected western publications such as The Economist and others are echoing the angst of the old Indian elite who have been denied the benefits of official patronage by Prime Minister Narendra Modi. Consequently, their recent coverage of India is coming across as biased and agenda-driven.

Over the course of the last year, India has been at the receiving end of some very sharp coverage in the western media. The grouse and, we dare say, the vitriol are aimed, in particular, at one individual, Prime Minister Narendra Modi, who won a second consecutive mandate to rule India in the world’s largest democratic exercise barely seven months ago.

In its latest issue, The Economist, a respected British weekly that is read by decision-makers all over the world, carried a cover story titled “Intolerant India,” which called out India and the Narendra Modi government in no uncertain terms for changing “the law to make it easier for adherents of all the subcontinent’s religions, except Islam, to acquire citizenship. At the same time, the ruling Bharatiya Janata Party (BJP) wants to compile a register of all India’s 1.3 billion citizens, as a means to hunt down illegal immigrants. Those sound like technicalities, but many of the country’s 200 million Muslims do not have the papers to prove they are Indian, so they risk being made stateless. Ominously, the government has ordered the building of camps to detain those caught in the net.”

The quoted text is an extract from just the first paragraph of the piece in The Economist. A plain reading of the paragraph will throw up at least three half-truths and blatant lies that one expects a magazine of such repute to avoid.

The first half-truth: The Citizenship Amendment Act (CAA) is not an open-ended law that “make(s) it easier for adherents of all the subcontinent’s religions, except Islam, to acquire citizenship”. It merely fast tracks citizenship for persecuted minorities from Pakistan, Bangladesh and Afghanistan who entered India before 31 December 2014. So, any individual, regardless of religion, who entered India after that date will not be eligible for citizenship under this law. Since these countries are all Islamic republics, there is no question of Muslims being either persecuted on the basis of their religion or minorities there.

Now for the first blatant untruth: Contrary to what the article states with solemn authority, there is no proposal before the Indian government to compile a register of its 1.3 billion citizens. Indian Prime Minister Narendra Modi has clearly said this. What has happened is that a National Register of Citizens (NRC) was created in the north-eastern Indian state of Assam in accordance with the orders of the Indian Supreme Court. This was a one-off event flowing from an accord signed by India’s now opposition Congress government of the 1980s with the leaders of an agitation against the infiltration of Bangladeshis into the state. The NRC exercise was supervised by the Supreme Court; the Narendra Modi government had little role in it except to act as an administrator, which it is bound to do under the law.

The other blatant untruth: The article states very authoritatively that “the government has ordered the building of camps to detain those caught in the net”. Building detention camps for 200 million people or some fraction of that number is a logistical absurdity. Then, CAA is a law that grants citizenship; there is no provision in it to take away citizenship from or deny its benefits to Muslims or any other class of people.

The rest of the article is a by now familiar harangue against India, Hindus and Modi that many Western publications such as Time, Washington Post, New York Times, The Guardian and others have been carrying with almost clockwork regularity since Modi came to power in 2014.

Nazi propaganda minister Joseph Goebbels is believed to have said that a lie repeated a thousand times becomes the truth. In India, the old elite, which is chafing at the bit since Narendra Modi denied them access to the fishes and loaves of official patronage, is following that dictum trying to delegitimise Modi’s track record. That is politics and, therefore, understandable.

But when correspondents, some of whom have little knowledge of India, begin to amplify this intolerant echo chamber as the voice of the country, you get the kind of biased coverage that seems to have become the staple these days.

Whatever happened to rigour and integrity in journalism?