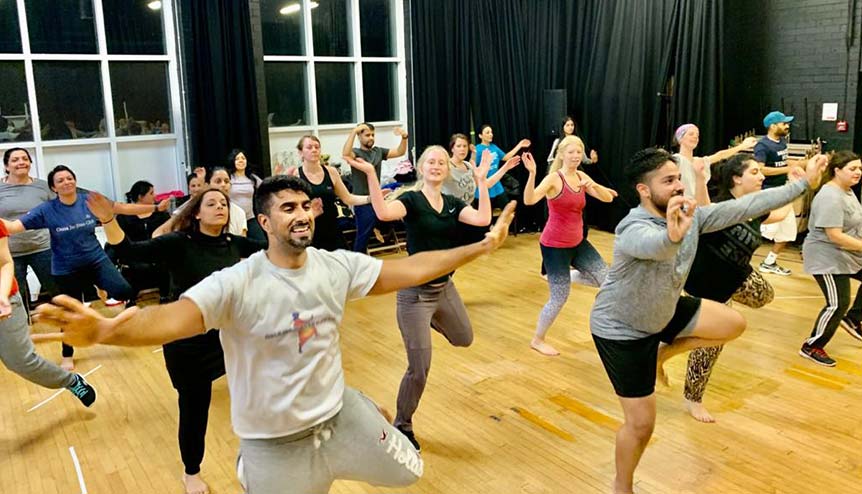 Rajeev Gupta is the Founder of Bhangracise.co.uk who recently hit the headlines when he bagged UK Prime Minister Boris Johnson’s Points of Light honour for his contribution to the community during the Covid-19 lockdown. A Series Producer at BBC World Service, Gupta decided to tinker with his regular Bhangra dance classes to create free ‘Bhangracise’ sessions online to help a locked down public stay fit through the pandemic.

Since its inception in 2002, Bhangracise.co.uk has gone on to become one of the UK’s top Bhangra entertainment platforms, offering dancers, workshops, and regular classes in Manchester, Birmingham, and Reading. Gupta’s dance company has many accolades to its name, including performances at the London 2012 Olympics and internationally as far and wide as Dubai, Norway, Spain, and Switzerland. Gupta has also shared his skills in the iconic Punjabi dance form with professionals on the popular BBC TV show ‘Strictly Come Dancing’.

‘iGlobal’ caught up with the British Indian dancer, producer and traveller to explore how Bhangracise has helped transcend cultural divides and unite people from different parts of the world at a time of global crisis.

Would you say Bhangracise has truly crossed over to appeal to even non-Indians? 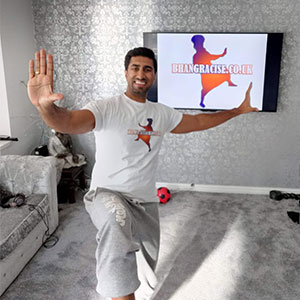 The beauty of these sessions is seeing how well it has been received by the broader community. We have a very diverse group, in which the majority are non-Asians.

Previously participants from the Caribbean community joined, and we also had one lady from a Chinese ethnic background. In a previous Zoom class of 20, at least 15 were of mixed heritage and four or five were Asians.

And, it is not just the Bhangra which entices people, but also the music. Punjabi music itself is very adventurous and makes one want to dance. Participants are always asking the names of the songs played, as they love it so much – despite not understanding what is being said – and comment on how full of joy and energy I am.

That is exactly what Bhangra is about – joy and energy.

It has been great to be able to promote Bhangra virtually and use the opportunity of people being at home during the lockdown and looking for things to do.

What has the experience of taking things virtual been like? 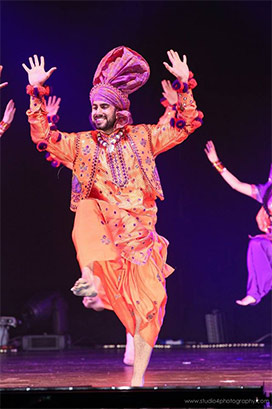 The whole experience in itself has made me feel really proud, as people are learning more about the Indian culture and the heritage of it – it is a hidden gem really.

I have been inundated with messages from participants on how Bhangra has helped them with their mental health, including medical conditions.

It has been great to promote Bhangra through these online sessions and to also do something during the lockdown when it was already a tough time for a lot of people. It has given me real joy and pleasure that I was able to contribute and use something I have for the greater good – I am proud to have done that.

What does being named a ‘Point of Light’ mean?

Receiving the Point of Light award from UK Prime Minister Boris Johnson is something I will never forget. I am currently in the process of framing the personal letter I received from the PM.

It is a nice feeling to be recognised and through this help spread the word further about Bhangracise. And, to also see my parents feel proud of me is a great feeling. I have had family in India calling to congratulate me, after seeing my story on the news in India.

It shows there is value in Bhangra apart from the dance itself and that is the exercising, fitness, and wellbeing aspects of it – there is more to this art form than the stereotypes associated with Bhangra.