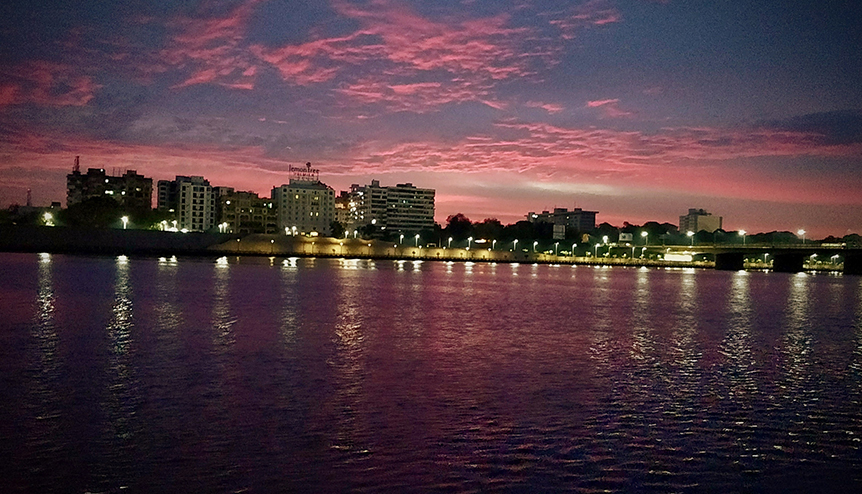 The next edition of the biennial Vibrant Gujarat Summit kicks off in Gandhinagar on January 18, when it will be inaugurated by Prime Minister Narendra Modi. As in previous years, leading ministers, bureaucrats and policy-makers from around the world will be there, as will CEOs of Fortune 500 companies and India’s top companies.

If India is now the hottest investment destination in the world, at least a part of the credit should go to the biennial Vibrant Gujarat Summit (VBS), the first organised effort to sell an Indian state as a viable location for global businesses to set up shop.

The ninth edition of this summit is scheduled to be held between January 18 and 20 in Gujarat’s capital Gandhinagar, though a Vibrant Gujarat Global Trade Show 2019 will run on for two more days. The summit will be inaugurated by Indian Prime Minister Narendra Modi on January 18, 2019, in the presence of heads of states and global and Indian captains of industry and trade.

Being Asia’s largest business summit, VBS is attended by leading Indian ministers, bureaucrats and policy-makers and provides delegates opportunities to interact with key policymakers, industry leaders, global thought leaders, regulators and renowned academicians from all over the world.

The section of VBS dedicated to MSMEs gives this critical section of Indian business a golden chance to connect with potential customers and collaborators from across the world to explore both B2B and B2C business opportunities. This is particularly important as this group of businesses, which are responsible for maximum employment generation in any economy, usually lack the resources and the wherewithal to establish a connect with potential collaborators outside their immediate sphere of operations.

The website for VBS 2019 sets out five main objectives behind organising this edition of the summit:

As in previous years, the primary focus will be on attracting investments into Gujarat but this time the summit will also facilitate trade into and from the state, especially with Africa. With this in mind, the Vibrant Gujarat Summit 2019 will celebrate Africa Day on the second day of the summit.

And like previous years, investors, businessmen and policy-makers will explore business opportunities not only in Gujarat but also in the rest of India.

“Exports from the ports of Gujarat to Africa have doubled over the last four years. We now export products to 51 out of 54 African countries. On January 19, we will be celebrating Africa Day to mark trade ties between India and Africa. We will be focussing on 14 sectors where trade between the two sides is good,” Gujarat’s Principal Secretary, Tourism, S.J. Haider has told the media.

The African Pavilion at the trade show will feature the progress of various projects being implemented under the various memoranda of understandings (MoUs) between Gujarat and over 20 African countries.

“Gujarat exports different goods of worth $16.9 billion to Africa every year and that is the significant rise during last four years at is has doubled in the due period. That is why Africa is very important. Companies that have investments or business ties with Africa will also participate in this edition of the summit,” Haider said.

This year’s exhibition will cover more than 2 million square feet of space in which over 2,000 stalls will showcase about 25 sectors such as agro & food processing, automobiles & e-Mobility, banking and finance, chemicals & petrochemicals, oil & gas, pharmaceuticals, biotechnology, ceramics, renewable energy, start-ups & innovation, textiles, urban infrastructure and engineering, among others.

This year, the organisers are expecting upwards of 1,500 participants to attend the buyers-sellers meet, a new addition in this year’s summit, which will be held on the occasion.

This biennial summit, Asia’s largest and arguably most important such meeting was leveraged by Modi, who as Chief Minister of Gujarat launched it in 2003, as a platform to attract investments across India. Apart from attracting investments, VBS has also become a stage where participants, many of them CEOs of Fortune 500 companies and leading consultancies share global best practices with delegates and audiences, thus, leading to a general improvement in knowledge levels and, when adopted, governance standards across the board.

This exchange of ideas on development models developed in a particular context that could work under different circumstances contributed significantly to the much-vaunted Gujarat Model of Development, which transformed Gujarat in the decade since 2002 and is now being rolled out across India.

Over the years, the summit has emerged as a platform, not only for attracting investments to Gujarat and elsewhere but also to exchange ideas on development models that could work under different circumstances. Many of the elements of the much-lauded Gujarat Model of Development that are now being rolled out across India emerged from discussions at earlier editions of this summit. Many of the schemes Modi launched on a pan-India basis such as his flagship Make in India, Start-up India, Digital India, Sagarmala, Ayushyaman Bharat, Indradhanush and the solar energy initiative had their genesis in VBS.

Imitation the best form of flattery

The success of VBS and its importance in India’s business calendar can be gauged from the fact that even those who oppose and decry Modi in public borrow liberally from the concepts and ideas discussed at the summit and even implement many of them in their own states.

On show this year

At the trade show this year, some of the attractions this year include the Farm-to Fabric Pavilion and a fashion show to popularise Khadi. This last item will be held on the banks of the Sabarmati River on January 19.

There will be a simulated version of the Bullet Train, which will run between Mumbai and Ahmedabad from 2022, at next month’s VBS. Also on display will be robotic laser cutting and an exhibition on digital economy.