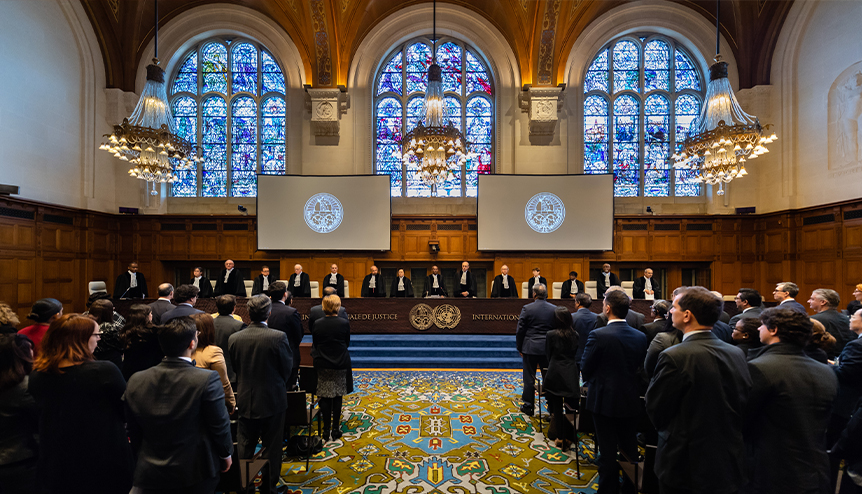 The Indian government had taken a decisive stand in favour of Mauritius in the International Court of Justice (ICJ) at The Hague, reflecting strong regional leadership.

The United Nations’ International Court of Justice (ICJ) recently dismissed the UK’s right to govern the Chagos Islands in the Indian Ocean and called on the government to withdraw from the archipelago.

Mauritius had filed a claim in the ICJ demanding its right over the islands, an assertion which was backed by India during the legal proceedings in September last year. In its advisory opinion in February, which is not legally binding, the ICJ concluded that the archipelago had not been lawfully separated from Mauritius, a former British colony which gained independence in 1968. Chagos Islands, which includes the strategic US airbase of Diego Garcia, has been therefore unlawfully operated as a British Indian Ocean Territory.

“The UK has an obligation to bring to an end its administration of Chagos archipelago as rapidly as possible,” ICJ President Abdulqawi Ahmed Yusuf said at The Hague.

The ICJ concluded that the process of separating the Chagos Islands from Mauritius during decolonisation in the 1960s constituted an “unlawful detachment” and was a “wrongful act”.

In its submission to the ICJ last year, Mauritius argued it was coerced into giving up the Chagos Islands, while the UK government had told the court it did not have jurisdiction to hear the case. In his submissions on behalf of the Indian authorities at the time, Indian Ambassador Venu Rajamony said the historical survey indicates that the Chagos Archipelago throughout the pre- and post-colonial era has been a part of the Mauritian territory.

India had taken a firm stand to highlight that the legal aspects should root themselves in the historical facts, behaviour of the nations concerned, and the consideration of the issue by relevant administrative and judicial institutions. Rajamony maintained that the UK is legally bound by a ruling of the Arbitral Tribunal, constituted in 2015, to return the archipelago to Mauritius.

“The process of decolonisation of Mauritius remains incomplete both technically and in substance as long as the Chagos archipelago continues to be under UK’s colonial,” he told the court.
The ICJ majority ruling in favour of Mauritus, 13 votes to one, is expected to be referred back to the UN General Assembly, where it will be debated.

The dispute involves around 1,500 native islanders being deported so the largest island could be leased to the US for an airbase in 1971. Many of the evicted islanders were sent to Mauritius and the Seychelles but eventually resettled in the UK. They have fought in British courts for years to win the right to return to their homes.

Welcoming the ruling, the Mauritian government said it was a “historic moment in efforts to bring colonialism to an end, and to promote human rights, self-determination and the international rule of law”.

Pravind Jugnauth, the Prime Minister of Mauritius, said: “Our territorial integrity will now be made complete, and when that occurs, the Chagossians and their descendants will finally be able to return home.”

The UK Foreign Office dismissed the judgment, accusing the UN General Assembly of a “misuse of powers” and setting a “dangerous precedent”. Foreign Office Minister Alan Duncan said that “the defence facilities on the British Indian Ocean Territory help to protect people here in Britain and around the world from terrorist threats, organised crime and piracy”.

Diego Garcia became an important US base during the Iraq and Afghanistan conflicts, acting as a launch pad for long-range bombers. The US lease lasts until 2036.

Britain has opened itself up for global criticism by holding on to this colonial legacy. Almost 50 years after most of the British Empire was dismantled, the ICJ ruling effectively concludes a decades-long political and legal fight by Mauritius and the former residents of the Chagos Islands to return sovereignty over the islands to Mauritius.

Despite international legal guidance to the contrary, Britain had detached the Chagos Islands in 1965 during the decolonisation process and declared it British Indian Ocean Territory.

In highlighting the long struggle for justice by the Chagossians, the ICJ addressed the longer history of colonial oppression to which the islanders have been subject. Passed from colonial power to colonial power – Holland then France – the islands fell under British control in the early 19th century. During this time Britain brought several hundred people from Mozambique and Madagascar to the islands to work on British-owned coconut plantations.

Britain continued its administration of the islands – as part of the greater colony of Mauritius – until the 1960s, by which time the decolonisation process had begun to gain momentum.

The ICJ hearing was seen as a critical test of Britain’s diplomatic clout in the Brexit era, after it failed to rally enough support to prevent the UN General Assembly adopting the June 2017 resolution that led to the court hearing.