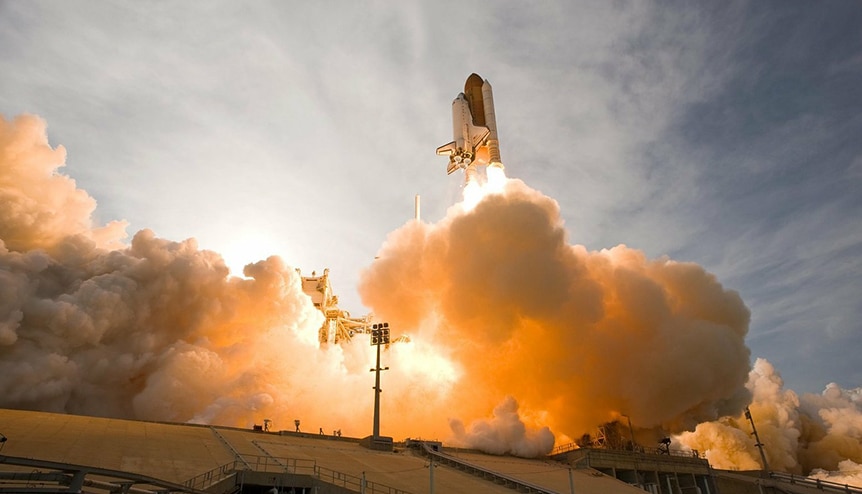 In 2014, within months of coming to power in India, Prime Minister Narendra Modi marked out the next frontier for Indian diplomacy – outer space.

But unlike the US and the erstwhile USSR, which used their space expertise and satellites to over-awe and impress allies and adversaries alike, the Indian thrust is based on Modi’s inclusive domestic mantra – Sabka Saath Sabka Vikas (Development for all).

Just to recap, Modi had announced, at the 2014 SAARC Summit in Kathmandu (Nepal), that India would launch a SAARC Satellite to offer communications and other services, at India’s cost, to Bhutan, Nepal, Maldives, Bangladesh and Sri Lanka. Afghanistan was to be included in the list of beneficiary nations later.

Two years later, the Indian Space Research Organisation (ISRO) launched the so-called South Asia Satellite, which was a 2.2 tonne GSAT-9 satellite aboard the geosynchronous launch vehicle GSLV-F09. Following this, all the SAARC nations, except Pakistan, could use this satellite to provide television broadcast, tele-medicine and banking services to remote parts of their respective countries.

The Indian government announced this week that it would build five large ground stations and more than 500 small terminals in Bangladesh, Sri Lanka, Maldives, Nepal and Bhutan to improve and expand satellite coverage – and thus, the reach of television, telephony, the Internet, tele-medicine, tele-banking and disaster management services – in these countries.

Why it’s important for India

Just as the US and the erstwhile USSR used their space expertise and exploration activities to impress allies and adversaries alike, China has, in recent years, stepped up its efforts to buy influence in these countries by offering a variety of inducements, including collaboration in satellite technology.

Coupled with its trillion dollar Belt and Road Initiative (BRI) highways-railways-ports connectivity project and its thinly veiled attempts to snare recipient nations in debt traps, this presents a formidable challenge to Indian diplomacy in its own sphere of influence.

In the early years of the Cold War following the end of World War II, the US and the erstwhile USSR had indulged in a no-holds-barred rivalry to conquer space.

If the USSR stole the first bragging rights by putting the Sputnik in space, the US awed the world by landing the first humans on the Moon a decade-and-a-bit later. But behind the advances in science and technology was a hard political calculation – these missions were meant to showcase the superiority of the respective political systems in the two countries and ultimately to impress the world and draw more allies into their folds.

Modi is the first Indian leader to realise the importance of harnessing India’s prowess in space technology to shore up its diplomatic heft, especially in the South Asian region, which sorely needs cheap digital connectivity to deliver governance and goodies to its denizens.

Chinese President Xi Jinping has, almost simultaneously with Modi’s initiative, also launched a programme to leverage Chinese space technology to increase Beijing’s diplomatic influence in the region and beyond.

In 2016, a Chinese government white paper said: “With sustained efforts in building the Beidou global system, we plan to start providing basic services to countries along the Silk Road Economic Belt and 21st Century Maritime Silk Road in 2018, form a network consisting of 35 satellites for global services by 2020, and provide all clients with more accurate and more reliable services through advancing the ground-based and satellite-based augmentation systems in an integrated way.”

China has, thus, clearly and unambiguously declared its goal of leveraging its space programme to advance its diplomatic goals and also tap the huge commercial benefits that will doubtless accrue from it.

In fact, China has already collaborated with the Sri Lankan and Pakistani governments on launching their communication satellites. It is also negotiating similar launches with the Maldives, Bangladesh, Afghanistan, and Nepal governments.

Although Modi articulated his vision of using space technology as a tool for promoting regional prosperity before this, it will, in my opinion, be extremely naïve for the Indian government not to respond to this barely disguised challenge from its northern neighbour.

Roping in the private sector

Realising the limitations of any programme that depends solely on the government for funding, the Indian Space Research Organisaiton (ISRO) has drawn up plans to privatise its flagship Polar Satellite Launch Vehicle (PSLV) by 2020. This will not only improve its technological capability but also facilitate an increase in the number of launches to 18 annually from 12, ISRO Chairman A.S. Kiran Kumar had said in 2016.

In keeping with this philosophy, the Times of India quoted a source as saying: “We have an Indian firm, Alpha Design Technologies, implementing the project, which will also see 100 VSATs (Very Small Aperture Terminals) connected to the ground station, taking for the first time TV broadcasting to many remote areas in Bhutan.”

Space collaboration with the UK

The Modi government’s use of space technology as a diplomatic tool will have a massive knock-on effect not only on the Indian private sector but also on companies in this space in friendly countries in Europe, including the UK, Japan and the US.

ISRO has already launched dozens of satellites for US, European and British companies. In a sign of things to come, it recently launched two British reconnaissance satellites, NovaSAR and S1-4, built by UK-based Surrey Satellite Technologies Limited (SSTL), which is part of French aviation giant Airbus.

These satellites, which use high-resolution optics for mapping the earth’s surface, will test a new radar imaging technology and collect high resolutions images.

“The PSLV-C42 marks the latest technology and commercial collaboration between India and the UK with the launch of the combination of high resolution optical and radar (SAR) satellites from us,” said Sir Martin Sweeting, SSTL Group Executive Chairman was quoted in the Indian media as saying. This will help Britain “achieve its “long-held ambition to deliver low cost SAR remote sensing capabilities and services” to global customers, he added.

This first-of-its-kind programme is also expected to usher in close collaboration in the hitherto neglected (in bilateral terms) space technology arena and will fit in well with India’s still fledgling space diplomacy efforts.

Then, Brexit comes with its own dynamics. The dispute over Britain’s access to the European Union’s Galileo satellite navigation project after it leaves the economic bloc will continue to play out in the coming months and years as the UK negotiates its exit from the EU. The UK, currently among the EU’s biggest spenders in the sector, will inevitably be on the hunt for alternatives and India’s own space ambitions would offer an attractive proposition within the wider bilateral cooperation. This could provide important synergies for the Indian and British space sectors and companies operating in them.

ISRO still imports a lot of equipment for operating satellites, including for remote sensing, optical imagery, very long distance ultra-high resolution photography, etc. As private sector participation increases in this sector, so will demand for such equipment and maintenance and allied services.

This will throw open a massive market both for sales to and/or technology transfer and/or equity participation in Indian companies engaged in this sector.

So, space is clearly the arena where the next round of India’s diplomatic face-off with China will take place. Both countries are leveraging their space programmes to gain friends and influence in South Asian region. If India can count on its frugal engineering skills to offer cost-effective (and sometimes free) services to its neighbours, China can depend on its strong industrial-technical base and much deeper pockets to bankroll its advance.

Modi’s diplomatic initiative is both noble and ground breaking but can it withstand the determined Chinese onslaught?

The answer to that question could provide a pointer to the future of the global political and security architecture.