Skip to content
Is India’s rooftop solar market taking off? 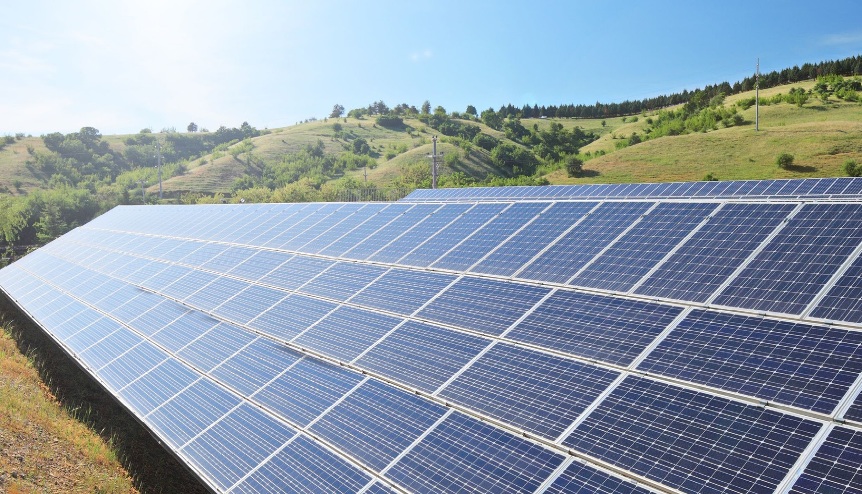 A relatively slow-moving solar market in India is showing some signs of promise.

The Solar Energy Corporation of India (SECI) has announced a 1,000 MW tender in order to allocate rooftop solar projects on government buildings across the country. This is the largest ever rooftop solar tender announced in India till date. Riding on the success of a previous 500 MW rooftop solar tender announced in April 2016, SECI has now doubled the allocation size. This is a welcome move in a market that has historically struggled to take off for a host of reasons. As per official statistics, the rooftop capacity in India stands at 382 MW. This includes only those projects that have been subsidised by the MNRE. The non-subsidised market appears to have crossed 1,000 MW.

SECI has recognised that one of the most challenging tasks is for investors and equipment suppliers to find consumers who are willing to install rooftop solar systems. One of the major costs for any developer in the rooftop segment is the cost of acquisition. Acquisition can be an extremely time-consuming process. This 1,000 MW tender aims at aggregating capacities across the country and although limited to government buildings, it is a move in the right direction. However, there are three other challenges that are needed to be addressed.

India’s DISCOMs are debt heavy. This is largely due to the fact that power is underpriced for a large section of the populations. Agricultural and some residential consumers get away by paying less than what it costs DISCOMs (Power Distribution Companies) to buy power from power producers. DISCOMs try to recover this deficit by overcharging industrial and commercial consumers. This has resulted in a situation where retail power prices have constantly increased for industrial, commercial and some residential tariff bands while prices have stagnated for the other segments. DISCOMs cannot raise prices for farmers due to historic socialistic and now political reasons. This has led to a situation where industrial and commercial consumers are looking to hedge escalating grid costs by shifting to solar energy. Solar energy is already cheaper than grid prices for several such consumers across the country. DISCOMs now are in the classic “death spiral” trap where they are left to serve underpaying consumers (since they have an obligation to do so) while the cash-cows leave the grid. 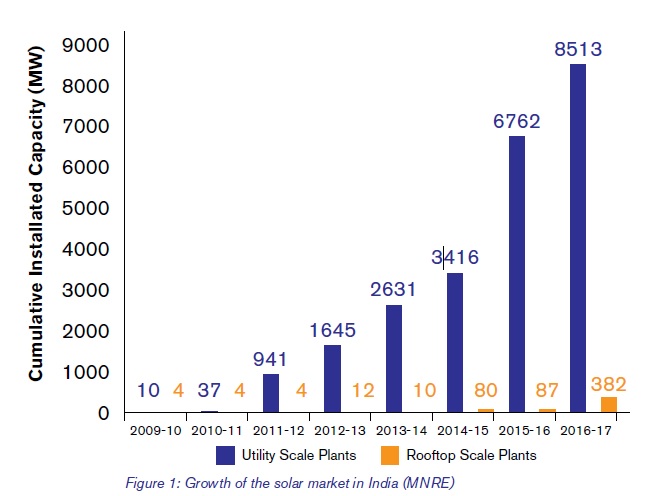 If India wants to meet its 40 GW solar rooftop target by 2022, then this is the single largest problem that needs to be addressed. This would mean that DISCOMs do not take the brunt of the power subsidies, but the respective state government does. All power subsidies must be allocated for in the state government yearly budget and disbursed on-time to the power consumers. An interesting and useful way to transfer subsidies is to adopt the Aadhar Number (India’s Social Security Number) direct bank transfer approach. This approach has been largely successful in dealing with cooking gas transfers and is now being widened in its approach to include fertiliser subsidy, food and other social schemes for the poor. Power subsidies are no different and implementing such a transfer shall end up eliminating several beneficiaries that do not deserve such subsidies. It will also improve data telemetry of India’s grid – a key challenge in India’s path towards modernizing the grid.

Implementing such a process is a long-term solution as it involves complex interactions with the states and dealing with different and often contradictory interests. In the short-term, SECI may play the role of the Power Purchase Agreement (PPA) signatory by purchasing power from rooftops and then selling the purchased power to DISCOMs. This would greatly help investors who are looking to invest in third-party owned models and see PPAs with India’s DISCOMs as a highly risky proposition. SECI should expand its purview to non-government roofs by aggregating rooftops through the MNRE’s existing database (see below).

Challenge 2: Easing the permitting and approval process for net metering

Almost all states in India have announced Net-Metering policies and/or regulations. The net metering process varies by state and is often a long-drawn unwieldy process. It takes anywhere between 2-6 months to get an in initial approval and finally start injecting energy onto the grid.  The approving authorities generally include: the state nodal agency (for registering the project and granting subsidies), the DISCOM (for giving the approval for net metering, approving the equipment and commissioning the system) and the Central Electricity Authority (for ensuring safety of the system and approving the single line diagrams). Over and above the roof owner has to interact with the EPC company and or the developer. The involvement of so many actors creates grey areas and result in delays as the file skips from office to office.

One of the most important things is to take the entire process online. This way, a consumer can pay the registration fees online, upload all drawings and equipment certificates, call for inspection and receive subsidies directly. This would greatly reduce the process time and lead to a further reduction in costs. It would also hold relevant authorities responsible for delays and bring about accountability and transparency in the system. The Ministry of New and Renewable Energy (MNRE) has an existing website (SPIN) that aims at connecting consumers with suppliers. This portal can be improved and expanded. This website can also serve as a marketplace to aggregate demand from various parts of the country. This is again essential to bring down costs.

Lessons can be learned through India’s rapid scale up of the LED program. The scheme called “Ujala” has been so successful that the national dashboard for LED bulb distribution shows that 187 million bulbs have been distributed in the last year. What is more remarkable is that fact that the prices have been significantly reduced. This is largely due to the volume effect playing out. The entire procurement of LEDs have been managed centrally by the Central Government owned company EESL.

Can a similar procurement approach be worked out for solar modules that still comprise of nearly 45-50 per cent of overall system costs in India? This would also boost manufacturing in India and give India’s manufacturers a large home grown demand. It would also perhaps result in many solar module-manufacturing companies coming and setting up operations in India. The key here is scale and the central government must leverage its past success from the LED program and translate it to the rooftop solar market.

About the Author: Akhilesh Magal