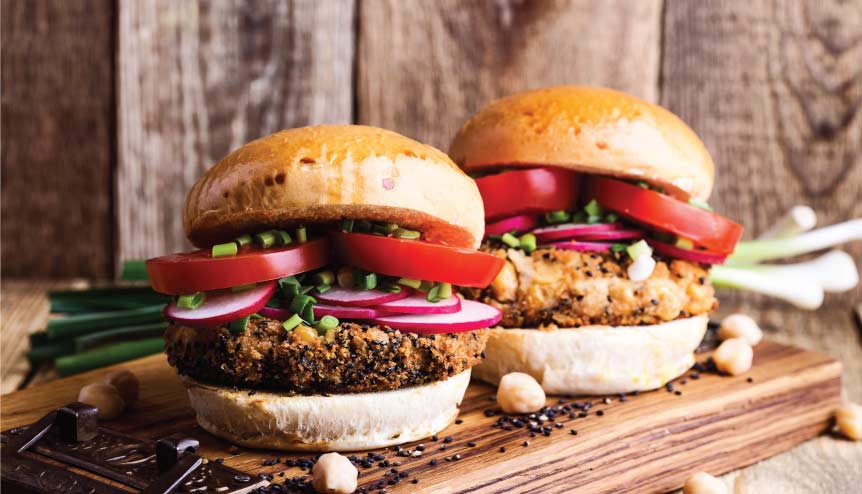 Shraddha Bhansali is the founder of Candy & Green, a vegan restaurant in Mumbai and the most recent EVO foods, a clean plant-based protein company in India. Recognised by Forbes 30 under 30, she recently shared her entrepreneurial journey towards producing sustainable foods, securing her first angel investment from Ryan Bethencourt, the co-founder and CEO of Shark Tank fame and why clean-protein is the next big thing in India.

Most Indians might blink confused at the word veganism but a vast number are very familiar with the concept. A country of 1.3 billion strong, India’s food market is considered by many experts as its sunrise sector. And as more and more Indians get health conscious, the food sector is expanding rapidly, branching out into successful sub-sectors, health food being one of them. The recent onslaught of Covid-19 has only increased the appeal for eating healthier and ‘cleaner’ food, with a growing emphasis on consuming organic, sustainable and plant-based food. 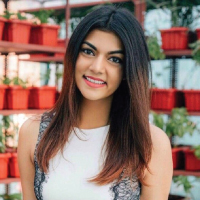 Shraddha Bhansali, of course, is no stranger to the world of plant-based nutrition. Her company, EVO foods, taps into this very philosophy, exploring ‘cleaner’, plant-based protein sources, including their latest product, a liquid vegan egg.

During our conversation, Bhansali exudes the kind of enthusiasm and innovative thinking that is quickly becoming synonymous with India’s millennial entrepreneur sector. She speaks passionately about her company and the core philosophy of sustainability that governs day to day business operations.

“I was very clear from the moment I graduated that I wanted to open a restaurant,” She tells me over a zoom interview. “We focus a lot on sustainability, we actually have our own rooftop farm where we grow a lot of our own produce.”

Her first venture, Candy & Green, is a vibrant restaurant in Mumbai, offering a variety of farm to table plant-based foods to the discerning desi gourmands. The journey from running a restaurant to making plant protein wasn’t a big stretch from there.

“It began with a chat with my co- founder Kartik, who was in this alternate animal meat company, at a food conference around sustainability. In fact, he founded India’s first cell-based meat company. We got talking as I was interested in how I could incorporate some of his findings into the ethos of my own restaurant. That’s when we realised there’s an urgent need for a cleaner form of protein, especially in India, which is such a protein deficient country.”

A recent survey by the Indian Market Research Bureau found that 73 per cent of the urban rich in India are protein deficient. While another recent study shows that nearly 71 per cent of Indians suffer from poor muscle health. So, the appeal for plant- based protein can be quite alluring for most Indians. The concept of veganism, on the other hand, is still fairly alien to a majority of Indians, which makes Bhansali’s choice to brand her products vegan an interesting marketing decision.

“Around 27 – 28 per cent of the population in India classify themselves as vegetarian or naturally vegan, so that’s a lot (of people). But for the majority, their diets are protein deficient. We wanted to find an animal alternative by using plants for the Indian market.” Bhansali explains, “That was the main inspiration behind founding EVO.”

Veganism is a fairly western concept in India, but that’s just the optics around being a vegan, per se. A lot of our foods, culturally, are vegan or vegetarian. In fact a lot of cooking, within Indian cuisine uses products like coconut milk. I think a lot of the vegetarian food that you eat in India daily, like your roti sabzi, dal are all mostly vegan. So though being completely vegan might be seen as a western concept, I think practically it’s something very easy for most Indian households which are vegetarian to adopt.”

She’s also the first to acknowledge that a vegan product is super niche, especially in India, explaining the decision to brand both her ventures differently.

“Having run a vegetarian and vegan restaurant for three years, I know how easy it is to be typecast as a super niche player. As a restaurant that’s great because it gives you an identity but for a product like EVO to reach a mass market targeting a niche audience never really works out. That’s why we don’t see EVO as a vegan company, though it is a vegan product. We see it as a clean protein company. This is in essence an Indian company by Indians made from Indian raw products. We make clean protein alternatives to animal protein, and that’s the vision for EVO.”

It’s little surprise then that EVO’s star product is a liquid vegan egg. 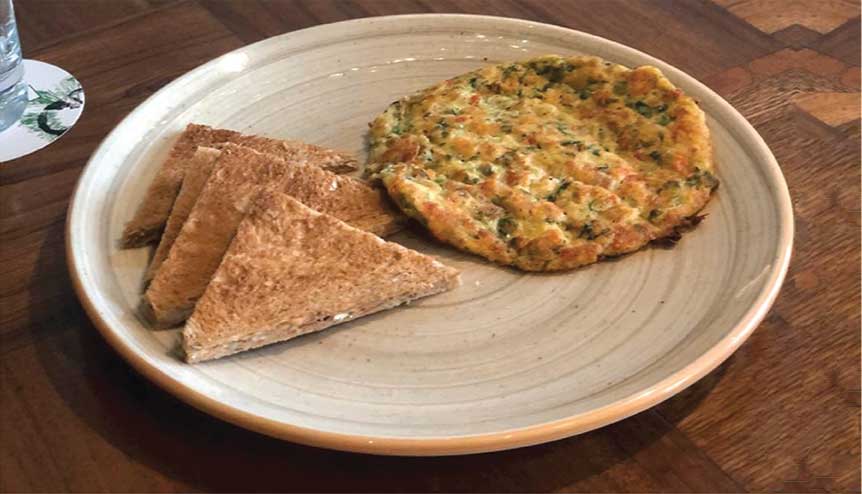 “We use a mixture of plant proteins and a lot of the ingredients are actually staples within Indian cuisine, one of them being mung beans. These are just re-purposed into our vegan egg. To source these proteins we’re working directly with farmers in India.”

Bhansali makes its clear that the focus is on sustainability, always. “This isn’t a lab manufactured fake egg. It’s still real food. Our product is great because you get the good of the egg without the bad, that is, you get the proteins and lower calories without the cholesterol. It’s not just that we’re better for the environment but also the fact that we’re better than a regular egg.”

For an increasing number of health conscious Indians it sounds like just the ticket. It’s clear Bhansali has tapped into a growing market segment. Her company recently secured its first angel investment from Ryan Bethencourt, the co-founder and CEO of Shark Tank fame and Big Idea Ventures, a plant-food accelerator. However, Bhansali isn’t done with disrupting the Indian food market just yet.

“We’re currently fundraising from some mission aligned investors and hopefully by mid June we should close our pre-seed round. We really want to put this funding into research and development. Currently our product is refrigerated but we want to make it shelf stable which can then help with the distribution. We also want to use our funding to spread customer education and awareness.”

Ask her about some of the challenges she’s faced along her journey so far and Bhansali answers straight without sugar-coating facts. Being a female entrepreneur running a company that sells a specialised product, she’s no stranger to biases, cultural or social. But she is also refreshingly optimistic. “The Indian food industry is a very exciting food sector with a huge market. If you have an idea, voice it, don’t doubt it… there are challenges… it is a harder road for women, especially in the Indian entrepreneurial scene. It is a lot harder to be taken seriously but at the same time it also has its perks. We have a strong ecosystem of other female entrepreneurs that keep each other motivated. There are a lot of positives to owning and running your own business. The most important thing though, is to remember that if you have a good idea, speak up, don’t keep quiet just because you’re afraid of what a room full of men might think.”