Indian and foreign car-makers are making the first large investments in setting up e-vehicle and battery manufacturing facilities in India. But battery charging infrastructure will have to be rolled out across the country and the upfront cost of electric vehicles (EVs) will have to fall significantly for these eco-friendly models to gain mass acceptance.

Now consider an electric vehicle (EV): the cost of charging batteries would come to less than 30 paise (less than half a cent) per kilometre. Together with the cost of replacing the battery maybe once every three to four years it will cost less than Re 1 per km (about one and half cents) per kilometre.

Since these vehicles have only 18-20 moving parts, or one hundredth the number in regular cars running on internal combustion engines, the maintenance costs, too, will be much lower. The cars will, therefore, last much longer – up to, it has been estimated, two million kilometres.

Remember what happened to analogue films and Kodak? It couldn’t survive the onslaught of digital cameras (despite inventing the device) as consumers shifted en masse to the new product despite its higher price because of zero marginal costs.

Likewise, e-vehicles have the advantage of almost zero, or at least extremely low, running costs compared to petrol and diesel cars. Then, there are other benefits such as zero emission, almost negligible carbon footprint and the associated benefits for environment and the health of all living beings.

Vision for the future – 7 Cs

Little wonder then that the world at large and India in particular are so excited at the prospect of ushering in e-mobility.

The Narendra Modi government has announced that it will encourage e-vehicles though it seems to have dropped its earlier proposal of phasing out all internal combustion vehicles by 2030.

Speaking at the first Global Mobility Summit in New Delhi recently, Modi said: “My vision for the future of mobility in India is based on 7 Cs – common, connected, convenient, congestion-free, charged, clean, cutting-edge… We will soon put in place a stable policy regime around electric and other automated vehicles…Clean mobility powered by clean energy is the most powerful weapon in our fight against climate change.”

India is currently the fourth-largest emitter of greenhouse gases (GHG) in the world. The transport sector accounts for 13 per cent of India’s energy related CO2 emissions, according to INCCA (2010).

The automobile industry has grown at a CAGR 9.6 per cent in the decade from 2006-16 and its contribution towards GHG emission is expected to grow at a much larger pace, if business grows at the same pace going forward.

India also has the world’s third largest automobile industry and second-largest two-wheeler manufacturer with two wheeler production to rise from 18.8million to 34 million by 2020. There were 192 million private on the roads in 2016. The penetration of private vehicles, however, was still very low at about 30 per 1,000 people compared to countries such as the US, which had about 800 vehicles per 1,000 people or even China, which had 69 per 1,000 people. India imported 202 million tonnes of crude oil last year amounting to 81 per cent of total crude requirement. This accounted for almost 50 per cent of the country’s total import bill.

Cutting fuel consumption in India, therefore, will not only help fight climate change and meet India’s targets under the Paris Accord but also reduce the import bill and help the country economically.

EV penetration in India is still very limited. As of date, there are only about 150,000 EVs in India, mostly three- and two-wheelers. That’s less than one-tenth of 1 per cent of the total number of vehicles plying on Indian roads.

But the government is moving to improve this. Last year, it placed an order for 10,000 electric cars with Tata Motors, which emerged the lowest bidder, to replace its fleet of diesel and electric cars.

Then, addressing the 58th annual convention of the Society of Indian Automobile Manufacturers (SIAM) recently, India’s Road Transport and Highways Minister Nitin Gadkari said his ministry plans to roll out non-fiscal incentives to ensure that EVs make up 15 per cent of vehicle sales in India in five years. Further, electric (and CNG) vehicles will ot need road permits, he announced.

“Electric vehicles attract 12 per cent GST and no further subsidies are needed and we don’t have any intention of subsidizing personal vehicles. The non-fiscal incentives that we will announce will increase sales of electric vehicles to 15 per cent of total sales. There is no need for automobile companies to ask for incentives any more. They should rather develop a pool of drivers to enhance skill development,” he said.

Some of the other major initiatives to encourage EVs in India are: 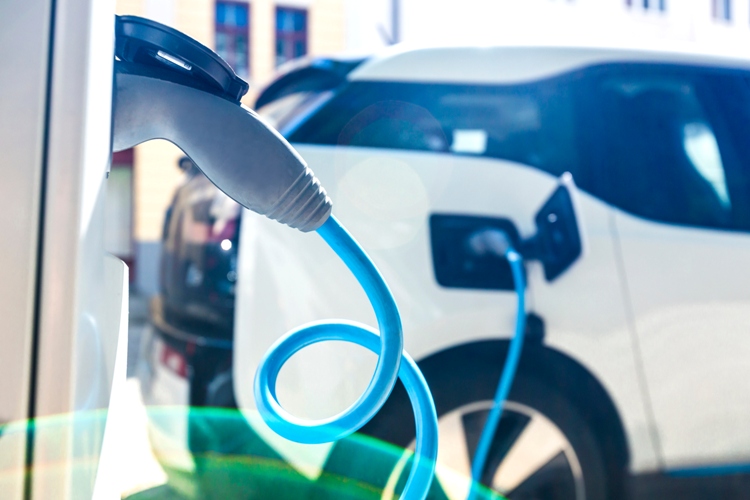 “I will give you all clearances on a platter… Clearances have been major hurdle causing delays in projects and resulting in cost overruns. Come forward for public transport system on electricity or alternative fuel,” Gadkari told the Global Mobility Summit.

“I am ready for electric highways. We can put electric cables in a lane of Delhi-Mumbai expressway and 40-tonne capacity trucks can easily go on that. We will give right of way and clearances for the project. We have said if somebody wants to come then he or she is welcome. If anyone wants to run cable cars we are ready to give clearances and right of way,” he added.

The technology for electric highways was developed in Sweden; it allows hybrid trucks to run on electricity when on these highways and use their alternative powertrains when on other roads.

Several large Indian and foreign auto majors are betting big on EVs and investing big bucks on setting up EV-making and related facilities in India.

“We want to drive investments across the value chain from batteries to smart charging to electric vehicle manufacturing,” the Prime Minister said at the Summit, adding: “India’s entrepreneur manufacturers are now poised to develop and deploy break-through battery technology.”

Significantly, he also announced that Suzuki would start making lithium ion batteries, which power EVs, in Gujarat from 2020 and that he plans to launch electric vehicles in India that year in partnership with Toyota.

Despite these incentives and investments it will take at least another decade before EV numbers ramp up significantly to be taken seriously. The policy challenges are being addressed. But the infrastructure and price challenges remain and will have to be overcome before the potential is achieved.