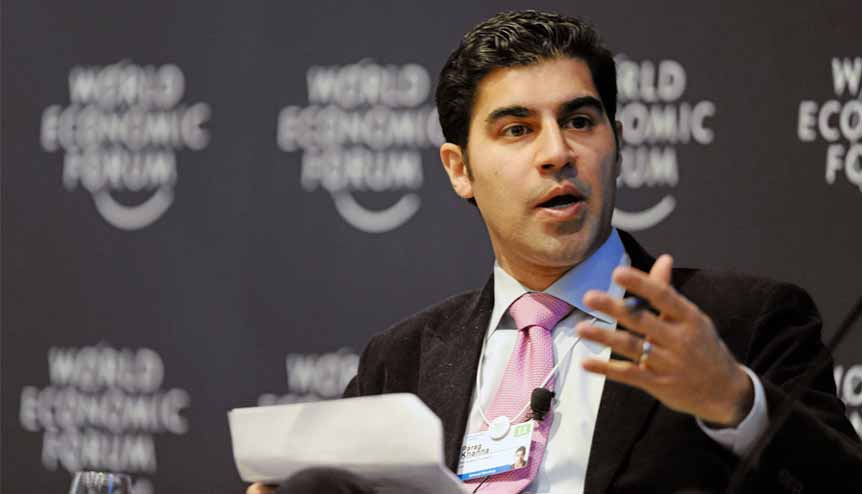 Dr Parag Khanna prescribes that the new world order is no longer a choice between the US and China.

There are probably a number of global developments that Dr Parag Khanna may have predicted, or analysed, but nothing would have prepared him for a world order that is currently preparing to undergo a seismic shift due to a virus.

A passionate traveller for work and hobby, Dr Khanna is a distinguished global strategy advisor and an author, at last count, of six books. He lectures at international conferences and offers bespoke briefings to governments, leaders and corporates on global trends and scenarios, espouses on the risks and disruptions, market entry strategies and economic master planning.

And it is from this vantage point that he took a look at China’s unchecked ambitions which have now exacted a heavy toll on the rest of the world.

“China is most definitely feeling the heat. I base this on the response to the people who have been pointing out that China is being very aggressive with its propaganda and attempting to buy allies through the mask of diplomacy, or through their Belt and Road initiative nonsense, or the Debt Trap scheme, because the majority of the world is here in Asia and everyone in Asia knows that it is a Chinese virus. Just because some Chinese diplomats go on twitter and try to say clever things in English, it doesn’t mean that the majority of mankind is going to be duped by Beijing. So, of course, there has always been an element of suspicion about China. It was prevalent prior to the pandemic and this is another example which is only going to highlight China’s global role,” he stated.

While suspicions on China’s post-COVID-19 operations abound, Dr Khanna cautioned that Beijing could not be isolated given they are the most trade connected country in the world today with the status of ‘Number 1’ trading partner with at least 120 nations. While insulating China has been a big part of the US’s trade policy for some time the world simply cannot reduce their dependence on it.

A new global world order could, however, be drafted and all the signs are pointing in that direction. “It remains one where you have a very strong North America as an integrated continent with all the wealth, natural resources and a large, young, population. It has industry, technology and financial capital despite having a dysfunctional government, but it is still a superpower,” stated Dr Khanna.

“The European Union is still the largest economy in the world and, of course, it is important to understand that Asia is not unipolar. Rather it is multi-polar. People tend to confuse China with Asia and vice versa, but the truth is that a majority of Asians are not Chinese. In this context, the reputation of democratic Asia has been strengthened as a result of the response to the pandemic – India, South Korea, Singapore, Hong Kong and Taiwan have handled it very well – but China has come out as lacking in transparency. India is rising and so democratic Asia looks good.”

The trends are depicting that India could grow faster than China and foreign investment is shifting out of China in favour of South East Asia and India. This is the accurate description of the balance of power, landscape of power and distribution of power in the world. Dr Khanna endorsed this saying, “It is no longer a choice between the US and China – that’s a false choice. It is not based on reality.”

India’s status, in particular, has recorded a measured and sustainable trajectory. Its role in providing drugs and vaccines to countries has been noticed and lauded. It has been increasing its trade and investment with Africa. New Delhi has joined the QUAD to pursue a strategic relationship and help coordinate military security in the Indo-Pacific region, working to support the South East Asian militaries in their stance against China. “India’s diplomatic, economic and strategic activism is clearly being recognised,” admitted Dr Khanna.

A post-COVID-19 world will throw up some interesting trends in the global landscape. According to Dr Khanna, “A number of phenomena that were already underway will now accelerate – the regionalisation of trade and supply chains was happening prior to the pandemic, even before the trade war, but the trade war and pandemic have accelerated that. For example, the US trades more with Mexico than it does with China; the US trades more with Canada than it does with China; China trades more with South East Asia than it does with the US – so we have this regionalism of trade clusters and investment of supply chains. Even the issue of migration is regional. If you think of when the borders start to open and travel restrictions ease, the first trips that people take will be regional.

“We are used to hundreds of people migrating and travelling around the world quite seamlessly, but after this, it will be a different kind of migration. People will be thinking of whether they want to be in a ‘Red Zone’ kind of place or a ‘Green Zone’ kind of place in the long term. Red zones are typically where the healthcare is bad and you may not be protected by the medical system, no rapid testing and immunity and passports may not be provided to people. Green zones offer a higher quality of life and guarantees. These are places with leverage – they let you in provided one meets the standards.”

Dr Khanna also prescribed to the concept of remote working in a post-pandemic scenario saying that, “This would accelerate. Technical professionals like coders, software programmers, writers and hedge fund managers will move to places which are cheaper to live in. Essentially every facet of life can be taken and analysed on the basis of what was happening in a pre- and post-pandemic world and whether changes will accelerate or recede in a post-pandemic world.”

It is the engineering of a brand-new sociological structure which is based on the grounds of global connectivity. Technology is the driving force in this change. “Young people are realising they have more in common with each other than older people. There is also a demographic shift where younger people have more connectivity and mobility. This shift involves an entire generation of millennials and Generation Z, so sociology here is not just an abstract concept but something real which embodies half the world’s population,” assessed Dr Khanna.