The Indian app ecosystem is set to transform on the back of the government’s recent decision to curtail the presence of predatory foreign technology firms in the country.

Appreciating the value of a rule-based order in the digital world, India has recognised and acted on concerns over data protection and privacy. It is the first step in many that will help foster domestic entrepreneurship underpinned by sustainable, global free market principles.

The commoditisation and exploitation of personal data is something of deep concern to states and citizens alike, yet regulation has not kept pace with the new challenges arising from evolving technologies and the asymmetric means of their dissemination. In many ways, the smokescreen created by the invisible nature of the cyberspace we are plugged into has impeded the creation of new, and enforcement of existing, data protection laws. What has become apparent to India and much of the free world, is that while the geopolitical spheres of influence in the real economy took decades to boldly define their contours, a corollary in the digital space will see a far shorter lead time.

In the context of mobile apps, this piece will explore current cybersecurity challenges, the innovation ecosystem and areas of growth.

Last week, the mobile security firm, Lookout, published a report detailing how China, from as early as 2013, extensively used malware hidden in Android apps to hack into devices of Tibetans, Uyghurs and their sympathisers in over a dozen countries. Nondescript in appearance, these multi-language apps covered travel, pharmaceuticals, e-commerce, news feeds, keypads and music streaming, while covertly exfiltrating the data and harvesting it on a centralised control server. Similarly, ByteDance’s TikTok was found to be lifting contents from iPhone users’ clipboards globally, while the Chinese Communist Party’s “Study the Great Nation” app turned out to be a study of the people of the nation, through widespread snooping.

Former Cambridge Analytica boss, Alexander Nix at the Digital, Culture, Media and Sport select committee at the Fake News inquiry at the House of Commons on June 6, 2018 in London. The Cambridge Analytica scandal exposed how private firms had made profit by undermining democratic principles.

Harnessing data for societal control and narrative setting while simultaneously monetising it through targeting commercial user preferences, has not been limited to state actors. The Cambridge Analytica scandal shed light on the role private firms play in the process of psychological profiling and undermining democratic principles for profit. While such data harnessing ignited a broader debate in the developed world on the perils of data misuse, the same cannot be said for digital surveillance programmes run by the state itself.

The general tendency for nations to engage with the world in a similar fashion as they do with their own citizens, raises further concerns for democracies which facilitate the entry of tech companies that are co-opted by, or even creations of, authoritarian regimes. Furthermore, state subsidies running into the billions to facilitate the Digital Silk Route by undercutting international free market competitors, are proving to be merely new age expressions of time-tested trade weaponisation measures, the negative externalities of which have become apparent today.

Indian cowboys in the app world

Firewalling its ecosystem for national security purposes will give a fillip to local talent which has been weighed down over the last two years by aggressive digital expansionism and digital “dumping.”

With the push for self-reliance prodding Indian startups to create secure platforms to address domestic needs, founders can leverage an active network of developers that offers low-cost, high quality solutions. Average turnaround times are quick, enabling fledgling ideas to get off the ground fast. 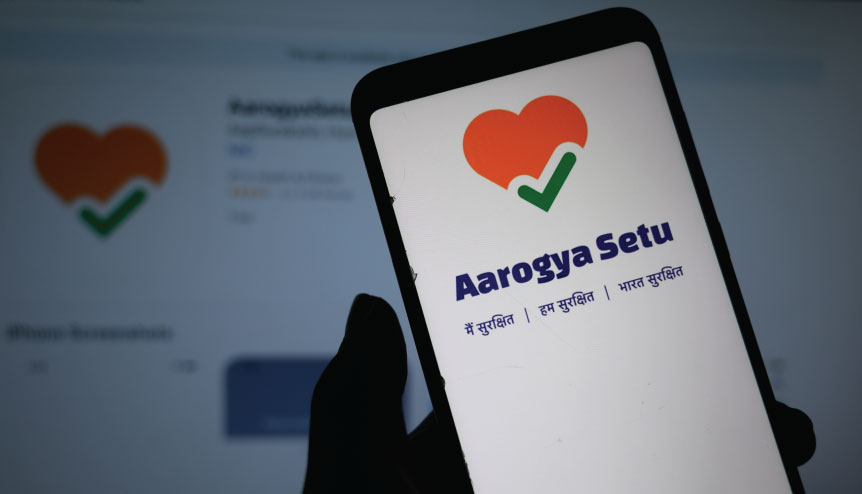 The push for self-reliance is prodding Indian companies and startups to create secure platforms to address domestic needs.

From the early 2000s, Indian firms have provided support services to global companies for app development. Building on this over the years, a large ecosystem has been formed, assisted by a steady flow of tech-savvy human capital. Maintaining cost competitiveness while retaining an international presence meant that early movers like Konstant Infosolutions, Promatics, Auxano Global Services, [x]Cube Labs, amongst dozens of others, steadily consolidated their positions. The average India-made app still costs just 10-20 per cent of what it would in the US, and about 60-70 per cent of what it would in Eastern Europe.

Early stage investors are likely to take the risk to fund apps that replace blacklisted ones. Waterbridge sponsors the Fast Forward programme for startups and decides within days on seed funding for a 15 per cent stake. Meanwhile, traditional VCs are realigning their focus. Chingari, an Indian competitor to TikTok, that racked up 10 million downloads in a matter of days despite being initially riddled with bugs, is set to get capital allocation from a major VC. The road ahead will see high standards set for Minimum Viable Products as seed capital availability rises, giving birth to more platforms that have a sustainable, global reach.

While the recent intervention to break the asymmetry between state-funded tech firms and equity-backed innovators will incentivise local entrepreneurship, questions arise around the scalability of Indian ventures in the face of a competitive funding landscape.

Much of TikTok’s success in India came down to its ability to squeeze out competition by remunerating influencers at above-market rates while seamlessly connecting them to brands for marketing purposes. Not only that, significant attention was paid to, and millions of dollars spent on, understanding local languages and assessing regional trends through rigorous data analysis followed up by community outreach.

Taking a leaf out of ByteDance’s playbook would suggest that bankrolling such market-share expansion is a gargantuan task, out of the reach of many diversified equity players who allocate but a fraction of their capital to app creators. In a hypercompetitive environment, backers need to double down on their bets if they want to see success, and only a few can afford to do so. It is here that institutional FDI, large international tech firms and Indian corporates will play a major role in shaping the app ecosystem in the years ahead.

The ability of cash-rich firms to engage in consolidation and get backed by public investments for future potential earnings, is as much applicable in the Indian context as it is elsewhere in the world. A deleveraged Reliance, injected with big-tech, sovereign wealth fund and private equity capital, has the financial bandwidth and will to capitalise on the current opportunity. JioMeet has taken on Zoom, while AJIO, JioGames, JioSwitch, and JioBrowser are set to use the firm’s vast mobile subscription base to grab market share from editing Chinese apps. Well-capitalised Indian e-commerce giant, PayTM, too is eyeing expansion in the rapidly growing digital banking space which sees tens of millions of Indians join every year, as is MakeMyTrip in the travel and leisure segment.

At the heart of India’s push for self-reliance is the belief that it must rise to prominence in a globalised digital environment in which internet freedom, data privacy and cyber security are held to high standards. 5G is around the corner and it will spawn a whole new breed of apps that harness VR, AR and IoT with diverse end-uses, ranging from e-learning to telemedicine, and entertainment to e-commerce.

The surge in data generation will be matched by enhanced capabilities to make sense of it, and as India takes a leap into a new digital age, the app developers who have now got wings will have to secure themselves for the future. In line with the increased data localisation requirements, public-private partnerships will stand to benefit from facilitating the buildout of robust cloud infrastructure and high-capacity data centres to make India an international mega-node of commercial digital activity.