Indians are job makers, not job takers in the US

Indians are job makers, not job takers in the US 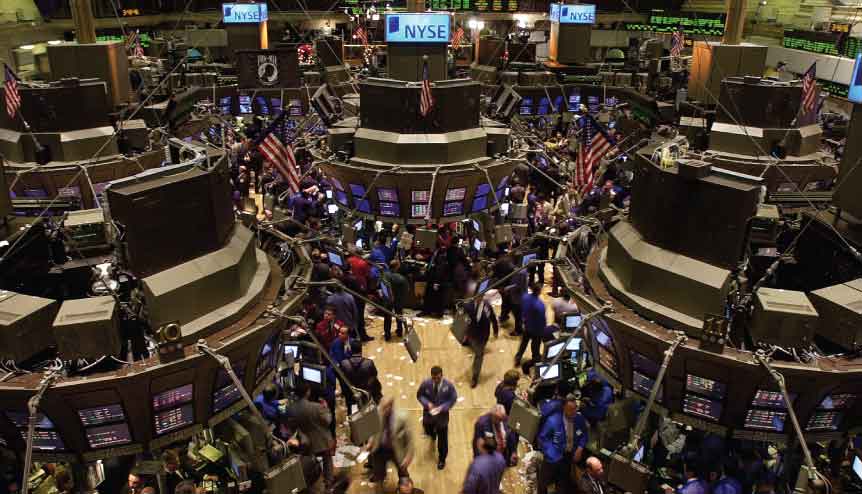 A recent CII report has found that Indian companies have invested $22 billion across all 50 US states and created 125,000 jobs for locals. This can help mediators find a middle ground on the differences that have cropped up on trade at a time when both democracies face a threat to a rising hegemon.

There’s yet more confirmation that Indians are job makers and not job takers in the US, as alleged by some India haters on Capitol Hill. The sixth edition of a report titled “Indian Roots, American Soil” released recently by leading Indian lobby group, the Confederation of Indian Industry (CII), shows that Indian companies have poured more than $22 billion worth of foreign direct investment (FDI) into the US. The report is based on a survey of 155 Indian companies that have investments in the US and covered companies operating across a wide range of industries from manufacturing to telecommunications to pharmaceuticals and life sciences.

Impact of FDI much larger than captured by the survey

Commenting on the report, Chandrajit Banerjee, Director General, CII, told the media: “The survey results show that the US is a preferred investment destination for Indian companies, which are contributing significantly to supporting local jobs. The results of the survey capture a snapshot in time, documenting tangible investments and direct jobs only. So, I believe the actual economic impact of Indian FDI in the US is much large.”

What the report means

Despite a concerted campaign by some vested interests who have been alleging for the past few years that Indian companies destroy American jobs, outsource work to India and replace American employees with Indian immigrants who are willing to work at much lower pay scales than locals, this survey shows that Indian investments are creating a substantial number of jobs in the US, supporting cutting edge R&D, which helps maintain the US’s global competitiveness and contributing handsomely to the local communities where they work in the form of CSR.

With the US Presidential elections coming up in November and the country set to enter campaign mode soon, the report will be a timely reminder to US politicians that contrary to the more aggressive and often adversarial effects of FDI flows from Chinese companies, the impact of investments by Indian companies is benign. 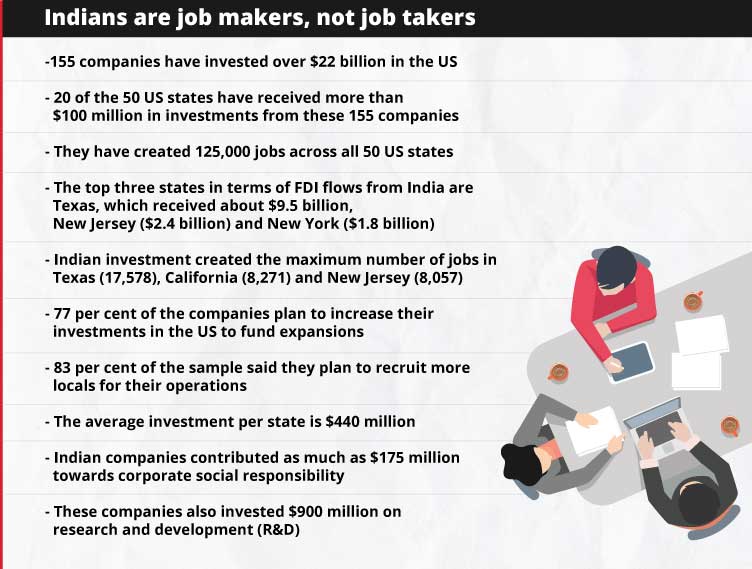 US President Donald Trump has often complained bitterly that India is taking unfair advantage of liberal US trade practices and business environment to enrich itself at the cost of the American economy and American citizens. He has quite unilaterally withdrawn benefits to India under the Generalised System of Preferences (GSP), a US government programme that allowed India to export about 2,000 items to the US without paying any duties. This has affected Indian exports worth about $5.7 billion or 10 per cent of the country’s exports to the US.

Trump, who seems to view every bilateral US relationship through the prism of trade, has been railing on for over a year about allegedly sky-high Indian tariffs on Harley Davidson motorcycles and a slew of other US products.

Then, the US President’s complaints on the balance of trade between the two countries also seem unjustified when one considers that India’s surplus has been falling consistently over the years – from $24.4 billion in 2016 to $22.3 billion in 2017 to $21.3 billion in 2018. In fact, India is the only major trade partner with which the US’s trade deficit has shrunk this consistently. 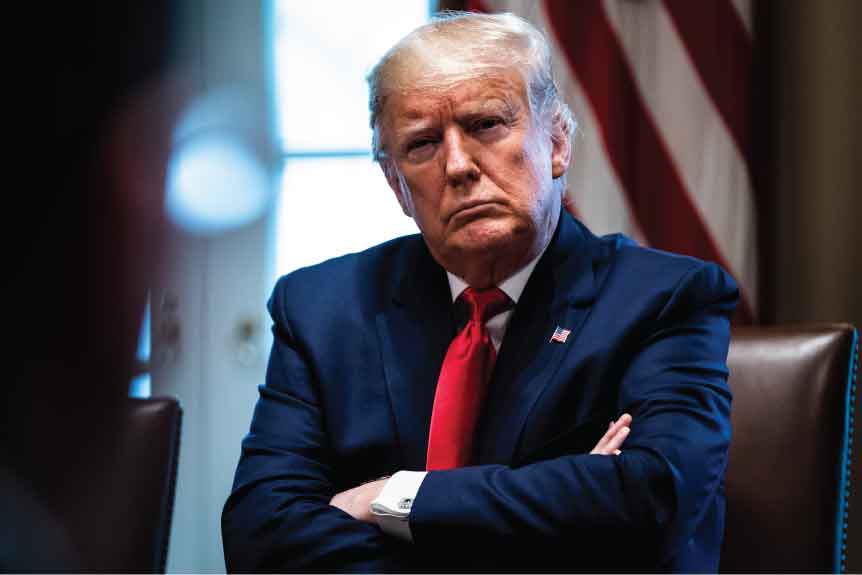 The H1B about turn

This report comes at a time when the Trump administration, in a policy about-turn, has said it is considering the H-1B employment visa that Indian IT companies mainly use to send IT professionals to the US. The reason, ostensibly, is the massive unemployment in the US in the wake of the Covid-19 pandemic.

If this proposal actually becomes policy, it will deal India’s IT sector a body blow at a time it is showing signs of recovering from a slump and will delay the recovery of the sector that is critical to the Indian economy.

Hopefully, by highlighting to US decision-makers, who will without a doubt be informed about the survey’s findings, the positive impact of Indian investments in the US, the report will help iron out the wrinkles that have appeared over the last couple of years in trade ties – most notably on the GSP issue and H1B visas – between the two countries.