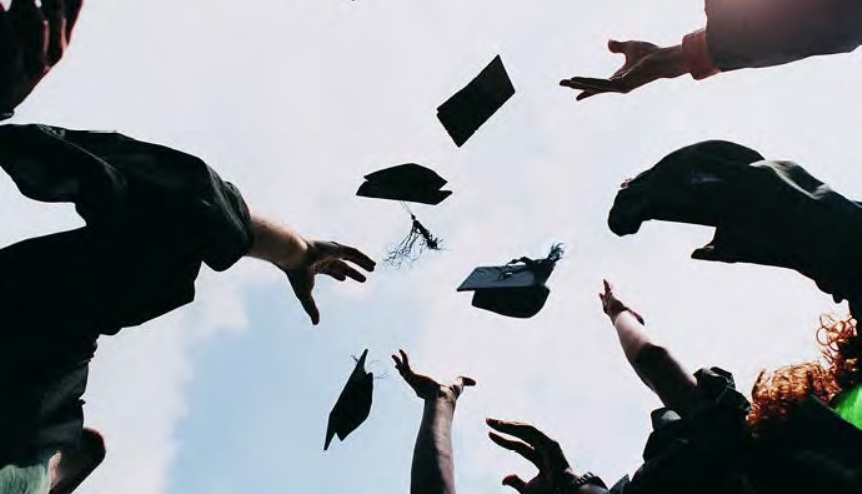 A policy specialist presents some of her key findings from an official Higher Education report that calls for greater flexibility on Indian student numbers coming to the UK post-Brexit.

The Higher Education Commission is set to publish its sixth inquiry titled ‘Staying Ahead? Are International Students Going Down Under?’ this September. The inquiry was initiated with the aim of assisting the Government to achieve its ambition of boosting the value of international higher education to £30 billion by 2020, but this will not be easy given the continued ambiguity around the welcome given to international students and migration targets.

The report therefore seeks to assess the best routes to achieve growth including what the government needs to do to support the higher education (HE) sector. The report examined issues with immigration policy and the regulatory regime, which resulted in over-reliance on particular markets abroad, to the detriment of other source countries like India.

Between 2011/12 and 2015/16 enrolments in the UK increased by only 0.8 per cent.  In the same period global mobility grew 16.6 per cent. Graph 2 suggests the recruitment of Chinese students to the UK has compensated for losses from other source countries: 22 per cent of first year non-UK enrolments in HE in 2016-17 were Chinese (HESA, 2018). The relative growth in Chinese students has been accompanied by a fall in the number of Indian students. Since 2012-2013 the number of first year enrolments of Indian students in the UK has decreased by 26 per cent (HESA, 2018). This is not a sustainable approach in the long term, not least as China’s 18-22 year old population is set to decline over the next decade.

Much of the decline in Indian students is attributed to the closure of the Post-Work Study route. An analysis carried out by HEPI-Kaplan International assessed the impact of the closure of the Post-Work Study routes. This suggests that closing off this route to work in the UK after graduation led to a 20.3 per cent decline in enrolment at undergraduate level.

Where are Indian students going?

Universities UK (2018) has concluded that Australia, a competitor nation which has seen a 15 per cent year on year growth in international students between 2016 and 2017, has ‘picked up’ part of the UK’s former share of the Indian market due to the attractive post work study options on offer in Australia. This raises concerns about the sustainability of the UK’s source countries and the danger of over reliance on particular markets. Currently over 50 per cent of India’s population is under 25 years old and by 2020, India will outpace China as the country with the largest tertiary age population.

Patterns of Indian enrolments show that the UK’s competitors are claiming a greater share of the Indian market. UNESCO reported that in 2015 233,540 Indian students enrolled in higher education abroad, representing an overall increase of 23 per cent since 2013 (ICEF, 2016). However, since 2012/2013 there has been a 26 per cent decrease in the number of Indian enrolments in UK higher education institutions. Meanwhile, Indian student enrolments at competitor countries have increased: US Indian enrolment grew 62 per cent, Canada 40 per cent, and Australia 50 per cent over the period 2013-2015.

Indian students are increasingly choosing other destinations, with surveys of prospective students showing that attractive visa policies and post-study employment options are a major factor in this decision. After the meetings between Prime Minister Theresa May and Indian Prime Minister Narendra Modi took place, the then Indian Commerce and Industry Minister [Nirmala Sitharaman] noted:

“I did raise the issues of visa fees, student visas, and how Indian students no longer prefer to go to UK universities, which was the top priority earlier, because of the nature of visa regulations and requirements.” (ICEF, 2017)

The most notable aspect of the changes in immigration policy was the decision to remove the Post Study Work route in April 2012. This policy enabled graduates to remain and work in the UK for up to two years after graduation. The Commission was told the closure of the Tier 1 Post Study Work route is likely to have been a ‘significant factor’ in the reduction of students from Commonwealth markets like India, Pakistan and Nigeria. Evidence drawn to the Commission’s attention included the fact that at the same time as South Asian intakes into the UK were falling, numbers were increasing to competitor countries that have improved their Post Study Work offer, notably Canada and Australia.

Current Post Study Work opportunities are limited. Under the (now closed) Tier 1 Post-Study Work route graduates had the right to remain in the UK one year after graduation. Now graduates have only four months to secure graduate level jobs with a Tier 2 sponsor and must meet minimum salary thresholds. This has had a significant impact on take up. In its final year of operation 38,505 students took the opportunity to work in the UK two years after graduation. These numbers have crashed significantly under the new Tier 2 route: in 2016 there were 6,037 graduates.

Open Post Study Work routes are particularly attractive to Indian students, and with demand set to increase globally from Indian students, it is vital that the Government rethinks Post Study Work options, bringing our regime in line with our competitors. Otherwise there is a real risk that in this more competitive environment the UK’s declining intake of Indian students will penalise the country and UK institutions heavily.

In summer 2016 the government relaxed the student visa regime for Master’s students at four pilot universities in the UK: Bath, Cambridge, Imperial, and Oxford, as a test of a ‘differentiated approach’. Under the pilot scheme:

The original four pilot institutions were chosen because of:

“…their consistently low level of visa refusals. The pilot is intentionally narrow in scope in order to monitor the pilot outcomes against the stated objectives and to minimise the risk of unintended consequences before considering rolling it out more widely.” Times Higher Education (2016)

The report concludes that the Government should create a new international student growth list which strategically focuses on countries which have the fastest growing youth populations, as identified by the British Council (2018) in Table 1. This should consider nations who do not feature in our top-10 source countries, such as Ethiopia, Pakistan, and Kenya. In addition, this growth list should consider nations in our top-10 source countries such as India, who may be considered ‘high risk’ to the Home Office but have been identified by the British Council (2018) as the top countries with the fastest growing 18-22 year old populations.

Implications for the UK

Successive governments have based their immigration policies on recruiting the “brightest and the best students around the world”. Since 2014 there has been an emphasis on recruiting genuine international students through the tightening of the visa regime, this has resulted in institutions avoiding ‘risky’ students, but in turn has led to institutions moving away from markets that have great potential, such as India. This issue is very significant for the UK economy, not just in relation to HE but also to long term patterns of trade and business cooperation. PwC projections show that the economy of India will be the second largest in the world by 2050.

The British Council has projected that the total growth in student mobility internationally is expected to slow between 2015-2027 but numbers of Indian students travelling overseas is predicted to buck this trend – increasing by 185,000 to 439,000 by 2027. A key reason for this increase in Indian student numbers is that India is seeing a demographic boom in the peak education age groups.

The UK’s current visa and regulatory regime has reversed the growth in students coming to the UK for their education, putting UK universities at a disadvantage to their competitors in other nations. At worst, government policy has sent a message globally that UK PLC is closed for business. Against Brexit and a backdrop of uncertainty for our future trading relationships with other countries, the UK must address this issue. Growing the UK’s market share internationally will increasingly centre on the competition for the Indian market. Given the numbers of Indian leaders who were educated at UK universities – such as Mahatma Gandhi, Jawaharlal Nehru, Indira Gandhi, and Manmohan Singh – it is vital to both the UK’s national interest and soft power diplomacy that the Government creates an international higher education strategy that welcomes Indian students.

Pooja Kumari is a policy and public affairs specialist with seven years of experience working in the education sector. She authored the UK Higher Education Commission’s sixth inquiry report during her time at Policy Connect.

About the Author: Pooja Kumari