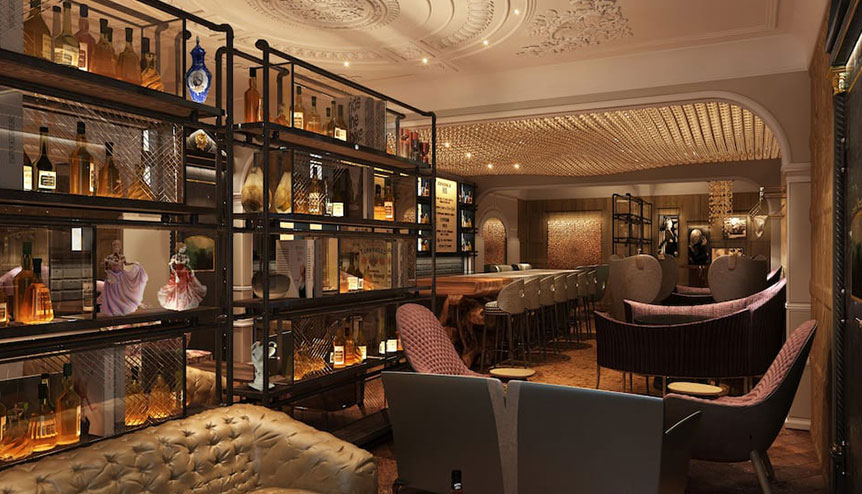 Global Indian M.A. Yusuff Ali’s LuLu Group completed a £300-million investment in the UK with the opening of its new Great Scotland Yard Hotel in the heart of London, hailed as a sign of Britain’s attraction as a hub for global funds.

The former Great Scotland Yard headquarters were acquired by the UAE-based LuLu Group, headed by Kerala-born entrepreneur M.A. Yusuff Ali, back in 2015 for around £110 million, which had unleashed a massive transformation project to create a luxury boutique hotel in the heart of London.

The project came to its conclusion recently when the group’s hospitality investment arm, Twenty14 Holdings, completed investments of £300-million in the UK with the launch of the new Great Scotland Yard Hotel.

The launch came as particularly good news for the UK’s Conservative Party government on the campaign trail, with secretary of state for digital, culture, media and sport Nicky Morgan taking time out from politics to welcome the latest addition to the UK’s hospitality industry.

“One of the government’s straplines in this election is ‘unleashing Britain’s potential’ and here, it is this building’s potential that has been unleashed. It will become a very important part of London,” said Morgan, as she took time out from the election campaign to celebrate the investment.

Her fellow Cabinet member, investment minister Graham Stuart, was equally gushing as he welcomed the “fantastic investment on an iconic site” as a sign of the UK’s attraction as an investment destination.

“We still have a desperate shortage of hotels in London, especially of this quality. And this new addition, right at the heart of the city, offers the perfect location for any tourist as well as many a secret meeting,” said Sir Edward Lister, Chief Strategic Adviser to the UK Prime Minister.

The hotel, where room tariffs start at £430 a night, promises many secret doors that will not only present a glimpse into its past but also provide an ideal setting for business meetings.

Yusuff Ali, the Chairman and Managing Director of LuLu Group International, said: “London is one of the world’s greatest cities and the Great Scotland Yard Hotel represents its illustrious past as well as its modern significance.

“The hotel spotlights the city’s vibrant history, its several celebrated aspects and its status as a global melting pot. In essence, we have curated an unmatched experience for every guest while recreating the historic premises into a symbol of ultimate hospitality and a landmark hotel in London.” 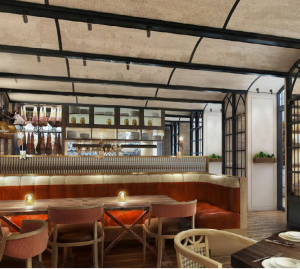 The Great Scotland Yard building was once used as a dwelling for visiting kings of Scotland during the Tudor period in 15th-16th century England. It then went on to become the headquarters of the Metropolitan Police Service in London until it was sold a few years ago.

Adeeb Ahamed, Managing Director of Twenty14 Holdings, noted: “The Great Scotland Yard Hotel is a dream come true for us – transforming one of the world’s most historic addresses into an iconic hotel.

“This is a building that holds more tales than ever told and our approach has been multi-layered, with an emphasis on stories that are unheard, the hotel is a tribute to the intrinsic spirit of London.”

The hotel, to be managed under the Hyatt Group’s Unbound Collection brand, is spread over seven floors with 152 rooms, 15 suites, a standalone two-storey townhouse as its presidential suite and four restaurants serving international and British modern food.

“I could not think of a better London home for this brand, which is all about creating unique stays and story-worthy experiences,” said Peter Fulton of Hyatt Hotels.

In keeping with a law enforcement theme, the hotel has partnered with the Koestler Trust, the UK prison arts charity, to showcase some of the award-winning pictures, ceramics, and sculptures created by prisoners from the Trust’s annual competition.

Shafeena Yusuff Ali, Director of Twenty14 Holdings and daughter of the LuLu Group Chairman, has overseen the artistic side of the themed luxury hotel, which is replete with hidden rooms, curated art work, shields, emblems, and historic details etched into glass and metalwork.

“We wanted to create a hotel that will inspire and ignite your senses and also your soul,” she said.

The Great Scotland Yard Hotel marks the second luxury offering in the UK for Twenty14 Holdings, which owns the historic Waldorf Astoria Edinburgh – The Caledonian in Scotland.

Twenty14 Holdings, founded in 2014 to capitalise on the growth in the global hospitality industry, currently has assets worth more than $750 million spread across Europe, Middle East, UK, and India. The company recently announced its entry into mainland Europe with their first hotel in Switzerland – IntercityHotel Zurich Airport. In the Middle East, the firm owns the Steigenberger Hotel Business Bay in Dubai and co-owns the landmark Sheraton Oman Hotel in Muscat, Oman. In India, besides Port Muziris – A Tribute Portfolio Hotel in Kochi, Twenty14 Holdings is developing two properties in Bangalore.