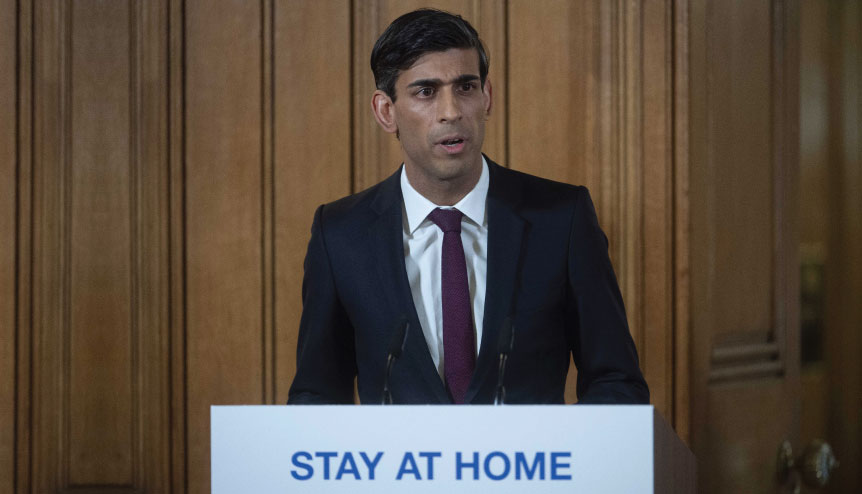 As the UK’s Chancellor of the Exchequer, Rishi Sunak, announced the winding down of his Coronavirus Job Retention Scheme, Indian companies will be among those successfully retaining millions of jobs.

A total of 8.7 million workers have benefitted from the UK government’s Coronavirus Job Retention Scheme since the start of the coronavirus crisis, the latest official figures have revealed. This means more than a quarter of the country’s workforce is now being supported by the £14 billion-a-month plan.

The scheme, which is responsible for making the term furlough a part of common parlance, allows employers to use a forced leave option for a percentage of its staff while 80 per cent of their wages are covered by the UK taxpayer. The government support is available up to the value of £2,500 a month and is tailored to prevent companies having to resort to redundancies.

This scheme was put in place by UK Chancellor of the Exchequer Rishi Sunak as a means to protect jobs through the unprecedented health and economic crisis triggered by the coronavirus pandemic and the ensuing lockdown to control the spread of the deadly virus. And, among the millions of jobs saved will include many of the nearly 110,793 jobs created by the over 842 Indian companies in Britain, including the likes of software major Infosys and hospitality firm Oyo Rooms.

In light of the current situation, Infosys has furloughed 3 per cent of its UK workforce. “We are reviewing this on a weekly basis,” Infosys said in reference to its use of the rescue package for its UK operations.

Infosys annual report for 2019-20 released recently had highlighted its work on the National Health Service (NHS) frontline of the Covid-19 pandemic.

“In the UK, our teams have been instrumental in rapidly building an application for rapid recruitment of professionals into the NHS,” it noted.

However, the report also struck a note of caution around risks faced by the company as a result of economic slowdown and the coronavirus crisis.

“Economic slowdown or other factors may affect the economic health of the United States, the United Kingdom, the European Union (EU), Australia or those industries where our revenues are concentrated,” it notes.

“Due to the Covid-19 health crisis and the corresponding substantial increases in unemployment rates across certain countries in which we operate, including the United States, United Kingdom, European Union and Australia, governments have led and may in the future lead to the enactment of restrictive legislations that could limit companies in those countries from outsourcing work to us, or could inhibit our ability to staff client projects in a timely manner thereby impacting our revenue and profitability,” it adds.

Oyo Rooms is among the Indian hospitality companies which has deployed various strategies to tide through the current crisis, which has hit the industry particularly hard as the lockdown grounded travel to a complete halt.

The company, which had entered the UK market in October 2018, was all set for a boost in its spread across the country in 2020 but had to apply the brakes as the Covid-19 crisis intensified.

“We decided to play our part and offer support to key workers in need of low-cost accommodation,” reflects Rishabh Gupta, the UK Head of Oyo.

The company has welcomed the British government support through the job retention scheme and hopes to come out of the crisis with as many of its employees in place as possible.

“There are some new learnings for us to apply going forward,” says Gupta.

Many of the companies will be weighing up these checks and balances for the future as Sunak laid out his strategy to taper off the furlough scheme from August, with more flexible options on offer for employers from July.

“The furlough and self-employment schemes have been a lifeline for millions of people and businesses,” said the minister leading the UK government’s economic response to the pandemic.

“We stood behind Britain’s businesses and workers as we came into this crisis and we stand behind them as we come through the other side. Now, as we begin to re-open our country and kickstart our economy, these schemes will adjust to ensure those who are able to work can do so, while remaining amongst the most generous in the world,” he explained.

As part of the changes, in June and July, the scheme will continue as before – with the government covering 80 per cent of wages up to £2,500 – with no employer contribution. In August, the taxpayer contribution will stay at 80 per cent, with employers asked to pay National Insurance and Employer Pension Contributions, which are about 5 per cent of employment costs.

A taxpayer-funded grant for self-employed workers has also been extended for another three months, with a second payment of up to £6,500 available under the Self-Employment Income Scheme in the pipeline. At the end of October, all such schemes will be wound down to focus on opening up the economy.