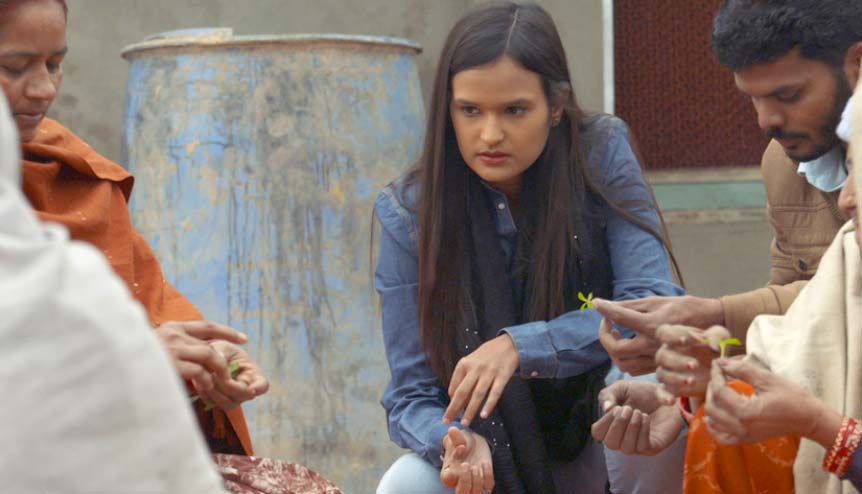 Two Indian women entrepreneurs have bagged $30,000 each as the finalists of the 2018 Cartier Women’s Initiative Awards with their innovative environmentally-friendly business concepts.

One has created an environmentally-friendly sweetener and the other markets 100 per cent biodegradable sanitary napkins, and what they both have in common is that they have been short-listed for one of the world’s coveted global female entrepreneurship awards.

Swati Pandey of Arboreal Agro Innovations, which oversees the production of an innovative, high-yielding variety of Stevia sweetener, and Kristin Kagetsu of Saathi Inc, which uses banana fibre to create sanitary napkins, were announced as the Asia-Pacific finalists of the awards set up to honour and support women entrepreneurs. This year’s finalists were selected from around 2,800 applications from over 130 countries for the awards created in 2006 as a joint partnership project initiated by Cartier, McKinsey & Company and INSEAD business school.

“With a growth in both the quantity and the quality of the businesses applying, the initiative has become a transformative step in the lives of women entrepreneurs,” said Cyrille Vigneron, CEO of Cartier – the French luxury goods conglomerate.

Delhi-based Swati Pandey’s business was selected for its a triple focus on achieving economic, social and environmental value. Inspired by her mother who suffers from diabetes, the entrepreneur is confident that the use of Stevia instead of sugar can have a positive impact on the society and economy in India, as well as the ecosystem.

The natural sweetener uses less water and land but reportedly delivers the same level of sweetness as sugar. The company employs local farmers who could see their income potentially double in five years due to Stevia’s higher cash profitability per acre.

“Stevia is the next generation, zero calorie, 100 per cent natural sweetener,” Pandey claims.

Incidentally, India also has the highest number of diabetics in the world. Diabetes and Obesity are new age epidemics, with people suffering from diabetes having increased from 180 million in 1980 to 422 million in 2014, according to World Health Organisation. It is also predicted that increased consumption of added sugar calories leading to diabetes will be the seventh leading cause of death in 2030.

Arboreal was originally conceived as a social venture idea that was presented to a jury at the end of a sustainability focused programme at Imperial College London. One professor was so impressed by the potential impact, he invested in Swati’s idea then and there with a $7,000 cheque. Swati followed it up with further market research and overtime the idea transformed into a plant biotechnology company with a clear focus on Stevia.

“I was driven by a sense of conviction that our generation must build upon the sacrifices of our parents, by taking up risks and building global ventures that will solve some of the biggest challenges facing India and the world,” says its founder.

For Ahmedabad-based Kristin Kagetsu, her discovery was born out of being confronted with the environmental challenges India was facing as conventional sanitary pads commonly used in the country contain toxic chemical agents and, on average, 3.4 grams of plastic each. They make up 150,000 tons of waste, which is generally disposed of by burning, with each sanitary pad releasing 23.4 grams of carbon dioxide in the process. Saathi Inc’s 100 per cent biodegradable sanitary pads are made of banana fibre, a natural by-product of banana farming, which is converted into a soft absorbing pad via a patent-pending fibre-processing technology.

“For the consumer there is a health benefit because it is a completely chemical-free process and we are using all-natural materials,” said Kagetsu, who is also working on ensuring access to the product across rural India.

Her discovery was quite an accidental one. When Kagetsu decided to move to India, with her Mechanical Engineering degree from the Massachusetts Institute of Technology, Saathi planned to develop and sell machines that produce sanitary pads. However, on arrival in India she quickly decided to focus on the production of environmentally-friendly sanitary pads instead.

“We wanted to make an impact on women, but realised there was an even greater opportunity to combine the solution to two problems at once,” she says.

“In 10 years, we want Saathi to be a leading example in the industry, as a sustainable and ethical manufacturing business. But right now, we know that Saathi has the potential to make serious environmental and social progress,” she adds.

The Indian finalists will join 16 others from around the world in Singapore to participate in an awards week programme, including business workshops and coaching sessions, in April. The award-winner, to be unveiled on April 26, will be receive $100,000 and one-to-one personalised business mentoring.

About the Author: India Inc staff