Indian doctors get their due in COVID-19 fightback

Indian doctors get their due in COVID-19 fightback 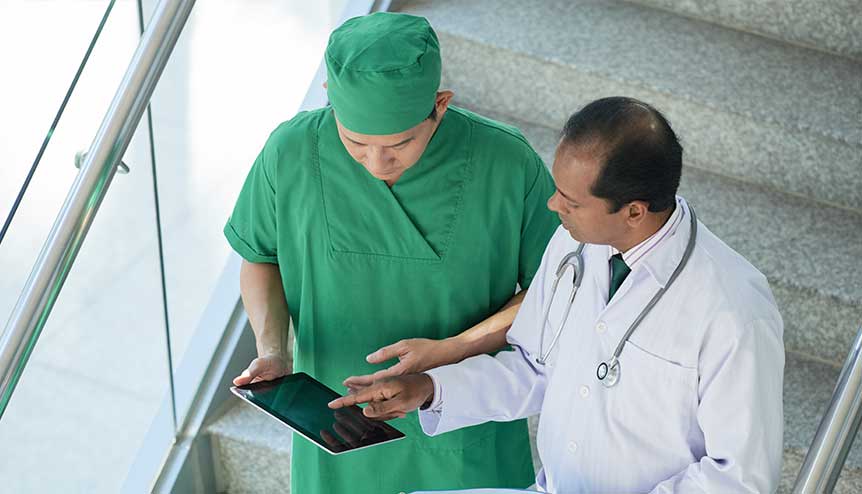 The UK has finally taken measures to help support foreign doctors employed with the NHS.

Indian doctors have often been referred to as the backbone of the UK’s National Health Service (NHS), with an estimated 60,000 medics from India working for the state-funded health service. However, over the years, they have been lobbying against what they believe is an unfair Immigration Health Surcharge (IHS) imposed on them.

The IHS, introduced in April 2015, is imposed on anyone in the UK on a work, study or family visa for longer than six months in order to raise additional funds for the NHS. In his Budget statement in March, UK Chancellor of the Exchequer Rishi Sunak announced that the charge would be further hiked from £400 to £624 per year, which came as a blow to this group of medics who had been hoping for a reprieve.

The British Association of Physicians of Indian Origin (BAPIO), the main representative body for Indian doctors in the UK lobbying against the IHS for many years, argues that the surcharge is discriminatory and unfair because these overseas workers already pay their due share of National Insurance contributions, superannuation and income tax. Besides, the medics themselves are directly contributing to the NHS – the institution for which this surcharge has been set aside.

The financial burden of the surcharge is particularly high, given that it is imposed on each dependant family member and adds up to a pretty steep bill for the year.

This, in turn, inhibits the ability of BAPIO to assist with the recruitment of much-needed additional Indian doctors to fill vacancies within the NHS on a win-win basis, by giving Indian doctors the chance to benefit from world-class UK training.

As these doctors donned their scrubs and gloves to step into the coronavirus battlefield, BAPIO once again shot off a letter to British Prime Minister Boris Johnson to reiterate the unfairness of this additional financial burden being imposed on them – doubled from this year as a result of the Budget announcement.

“We request you to remove the health surcharge with immediate effect. The NHS has been in a workforce crisis for several years, but now with the COVID-19 epidemic, there has never been a worse time for an overstrained service, and we require all the help we can get to meet the challenges,” read its letter sent to Johnson, even as he entered self-isolation after his COVID-19 diagnosis.

The penny on the unfairness of this additional burden seems to have dropped only after the world began initiating different forms of expressing their gratitude to the medical community on the frontlines of the coronavirus fightback, including “clap for carers” in the UK and similar efforts in India and around the world.

UK Home Secretary Priti Patel recently announced an exemption from the surcharge alongside an automatic fee-free one-year visa renewal for foreign doctors whose visas are set to expire by 1 October, in light of their battle against the coronavirus pandemic for the country’s NHS.

Patel said: “Doctors, nurses and paramedics from all over the world are playing a leading role in the NHS’s efforts to tackle coronavirus and save lives. We owe them a great deal of gratitude for all that they do.

“I don’t want them distracted by the visa process. That is why I have automatically extended their visas – free of charge – for a further year.”

It is an important first step towards righting a wrong that should have been addressed much earlier, given the history of the NHS being bolstered by Indian medics over decades.

Even today, they have been at the front of the queue when answering the UK government’s call for retired medics to consider returning to the frontline to help with the massive workload amid the coronavirus crisis, which continues to bring thousands of patients through hospital doors on a daily basis.

“By offering to return to the NHS now, these thousands of well-qualified and compassionate people will make more of a difference than ever before – not just to patients, but to colleagues and the wider community,” says Professor Stephen Powis, National Medical Director for the NHS.

However, it is important that this also marks a turning point in the way these experts are treated in future and scrapping a clearly unfair surcharge would be a step in the right direction.