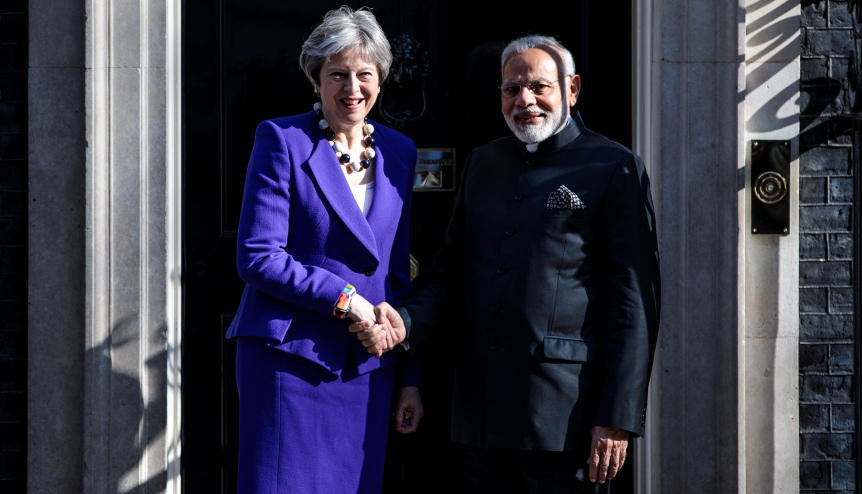 The Commonwealth Heads of Government Meeting (CHOGM) 2018 in London and Windsor marked India’s stepped-up engagement with the 53-member organisation.

Prime Minister Narendra Modi unleashed some cricket diplomacy while doubling India’s contributions to some key Commonwealth bodies to promote a sustainability agenda at the Commonwealth Heads of Government Meeting (CHOGM) in London.

The Indian PM addressed the second plenary meeting of the day-long executive session at CHOGM on April 19, with a focus on support for small island developing nations of the organisation and delivering “demand-driven, rather than donor-driven” assistance to the organisation’s smaller member states.

“The cross-cutting issues within the Commonwealth are around youth and gender. In that context, cricket being a unique game much played within the Commonwealth, with the help of BCCI [Board of Control for Cricket in India] we offered 30 boys and 30 girls the chance to come to India, train in our world class facilities and help lay the network for the future generation of the Commonwealth,” Ministry of External Affairs (MEA) said.

According to senior officials present at the closed-door CHOGM executive session at Lancaster House in London, India’s announcement on cricket attracted all-round applause from all heads of government attending the summit.

During his address to the session and his various interventions, Modi also announced India’s plans to double its contributions to the Commonwealth Fund for Technical Cooperation and to the Commonwealth Small States Offices in New York and Geneva. The MEA said that capacity building of small island developing states, which is a large membership of Commonwealth, is a great area of interest for India and enhancing cooperation to the common pot of gold such as the technical fund falls within that wider context.

“The overall objective of the Prime Minister’s participation at this CHOGM in 2018 signals our stepped up engagement with the Commonwealth. It conveys India’s desire to see Commonwealth increase focus on developing country priorities,” an Indian government statement added.

An Indian Prime Minister attended the summit, which is held every two years, after a hiatus of nearly a decade, having skipped CHOGMs in Perth, Colombo and Malta since 2009. The Indian government said that Modi’s attendance at the summit symbolises the country’s wider efforts to step up its role across global forums.

“India’s engagement with multilateral bodies has been increasing consistently and the Commonwealth is no different. There is a clear desire to play a greater leadership role in the international arena and the UK wants India, as the largest country in the Commonwealth, to take on a more important role within the organisation,” said Dinesh Patnaik, the deputy high commissioner of India to the UK.

As Britain took over the two-year Chair-in-Office of the Commonwealth at the heads of government deliberations, it marked the last such summit to be hosted by the Queen. With the 92-year-old monarch having ruled out long-haul travel, she is unlikely to travel to any future CHOGMs to be hosted by other member-states.

This had triggered widespread speculation over whether her son and heir, Prince Charles, would be anointed as the next Head of the organisation. As the position is not hereditary, a decision on succession was to be taken collectively by the 53 heads of government of the Commonwealth.

This subject was the central feature of deliberations when the leaders got together for the CHOGM leaders’ retreat on April 20 at the grand Waterloo Chamber of Windsor Castle.

The retreat is described as the high-point of the summit, when the leaders get together in an informal setting without any pre-set agenda or being accompanied by their usual coterie of civil servants and advisers.

The world leaders reached an agreement on the succession of the 69-year-old royal as the next Head of the Commonwealth.

“We recognise the role of the Queen in championing the Commonwealth and its peoples. The next Head if the Commonwealth shall be His Royal Highness Prince Charles, the Prince of Wales,” the leaders said in their official communique at the end of the CHOGM retreat.

The Commonwealth is one of the world’s oldest political association of states, with its roots in the British Empire when some countries were ruled directly or indirectly by Britain. Some experts had argued that the end of the Queen’s term as Head of the 53-member organisation was an opportunity for the non-hereditary post to be passed on to a non-royal in order to distance the group from its colonial past. Others, however, claimed that it is the royal family that holds the group together.

“India has no objection to Prince Charles as the next Head because he has worked hard for the institution. However, we are also clear that there should be no institutionalisation of the post,” a senior Indian official said. 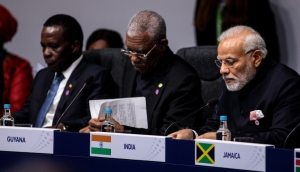 At the launch of the CHOGM executive session, British Prime Minister Theresa May said: “The great strength of the Commonwealth is that all our members have equal status, an equal voice, and an equal right to make that voice heard. So, as we tackle these challenges, I want to hear from everyone, and everyone will have chance to speak.

“We face many challenges in the world today. But the Commonwealth is a unique organisation and, at this summit, we have an opportunity to deliver lasting change that benefits all of our 2.4 billion people.”

The summit was broadly declared a success, with all states agreeing to collaborate on a rules-based system to enhance trade and investments and fight against the rising forces of protectionism.

The next CHOGM is now scheduled for Rwanda in 2020, the deadline set for intra-Commonwealth trade to hit $1 trillion.