India shows its SaaS-y side

India shows its SaaS-y side 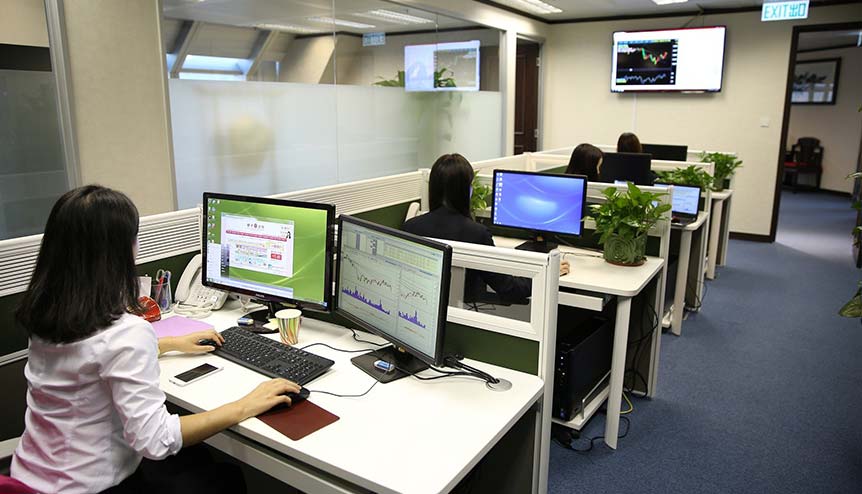 The global market for software as a service (SaaS) is estimated to be around $400 billion in 2025. This gives Indian companies a huge opportunity to tap into the rising demand and cash in. 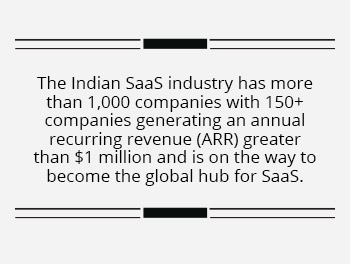 The Covid-19 pandemic heralded an unprecedented wave of digitalisation within India. Nowhere is this more evident than in India’s software as a service (SaaS) industry, which has grown 1.5X faster than the global SaaS market due the digital acceleration and demand. Today, the Indian SaaS industry has more than 1,000 companies with 150+ companies generating an annual recurring revenue (ARR) greater than $1 million and is on the way to become the global hub for SaaS.

India’s SaaS revenue has reached $3.5 billion as of March 2020, growing at 30 per cent CAGR, with 75 per cent of it coming from global sales, according to a new collaborative report titled, Riding the Storm: Towards the Giant India SaaS Opportunity.

The #SAAS opportunity allows for distributed wealth creation as location is non consequential – brilliant point by @sureshsambandam … yet another reason why we must accelerate the growth of this ecosystem in India.@NASSCOM @chandrarsrikant @NASSCOM_Product pic.twitter.com/WmLuqfaMij 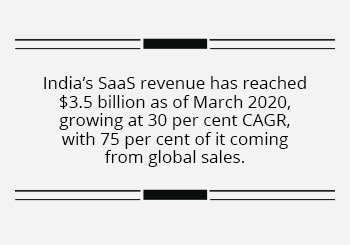 The Indian market has traditionally been challenging to monetise owing to lower awareness and higher price sensitivity compared to global markets. However, thanks to a large skilled talent pool and competitive pricing as compared to European and American markets, Indian companies have managed to scale up rapidly.

Indian start-ups have played a important role in spearheading this growth. Currently, India has 6 SaaS unicorns—Zoho, Freshworks, Druva, Icertis, HighRadius and Postman—and is expected to see the emergence of many more by 2025.

The India SaaS Report 2020, identifies three ways in which Indian SaaS companies are trying to scale: 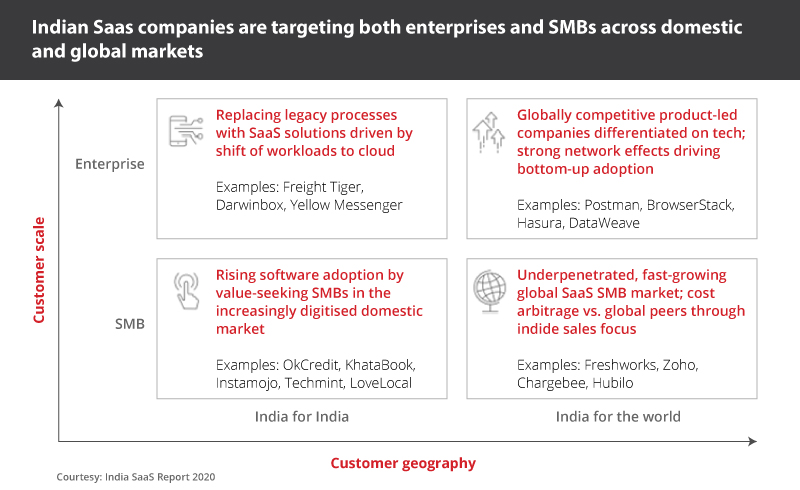 India can become a global hub for SaaS by 2025 by strengthening the ecosystem that includes a strong push from the government, access to a strong funding pipeline and focus on building SaaS skillsets and an effective Industry mentorship program.

The global addressable market for SaaS will be around $400 billion in 2025. This gives Indian companies a huge opportunity to tap into the rising demand and ride it. Indian SaaS companies now have a more robust ecosystem of enablers to support them and given how these companies have handled the pandemic, the future for this sector looks very bright, indeed.