India should be held to the same standard as other democracies: Ashok Malik, Policy Advisor, MEA

India should be held to the same standard as other democracies: Ashok Malik, Policy Advisor, MEA 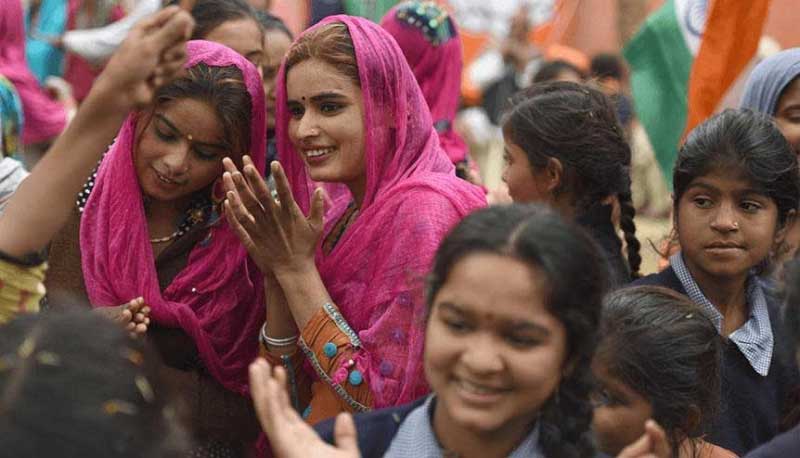 Ashok Malik, Policy Advisor, MEA, believes that recent initiatives of the Indian government have been misunderstood and misconstrued.

India has emerged as the fifth-largest economy in the world, outpacing the UK and France. It’s potential as a long-term investment destination has been hailed by emerging markets guru Mark Mobius and industry leaders such as Punit Renjen, Global CEO, Deloitte . In addition, the global ratings agency Standard & Poor’s new projections affirmed that India’s economy looks bright.

Yet, through the rollercoaster of economic and policy reforms, there is one challenge that India still continues to address: its image on the global stage.

Speaking to ‘India Global Business’ on the sidelines of the Global Dialogue Series, Ashok Malik, Policy Advisor for the Ministry of External Affairs, India examined some of the queries brought up by the audience at the event.

Malik admits India has an image problem, stating, “it is undeniable in a week where we’ve had violence in Delhi. It is obvious that some of the underlying issues have to be addressed.”

Malik argues, however, that it stems from “misunderstanding and misinterpretation of some of the recent initiatives of the government which have been misconstrued.

“The CAA is being seen as making people lose their rights when actually, it is giving stateless people rights and formalising their process of naturalisation.

“India has a long history of stateless people. The plight of some of those people is being addressed through this mechanism. There are others who are not being addressed by this mechanism who will also need to be attended in some form or the other at some point. But what is being done is to address part of the problem because the pathway to naturalisation in any country is subjective and criteria based. It’s not for everyone. That doesn’t mean that those who are stateless and resident in the country will be treated badly or denied all rights, just that they cannot be granted citizenship automatically.” 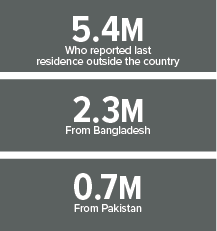 Malik is referring here to India’s long struggle with illegal immigration, which can be traced as far back as the Partition of 1945. The 2011 census showed that around 5.5 million people in India had reported their last residence outside the country which is roughly 0.44 per cent of its total population. Of these, 2.3 million (42 per cent) came from Bangladesh and 0.7 million (12.7 per cent) from Pakistan.

“These are complex issues that are, in some cases, attempting to solve problems that have existed for decades. These are not problems that have arisen today. Unfortunately, in today’s time, with the age of social media and sound bites, people don’t appreciate the history and length of these problems and what is sought to be done,” says Malik.

Few publications or critics have delved into the historic context or even the complexity of the problem. The western media has been almost singular in its coverage of the CAA, without bothering to research the problem properly. For example,  The Economist, a respected British publication, recently carried a cover story titled, “Intolerant India.”

Such coverage has led to a dominant view, which is singular in its scope, leaving out any other facet of India’s approach to refugees.

There has been very little focus on the various refugees that India has sheltered and given citizenship. From offering refuge to the Dalai Lama and his 100,000 followers, who fled from persecution in Tibet in 1950, to sheltering thousands of refugees from Bangladesh, Tamilian refugees fleeing ethnic violence in Sr Lanka to Rohingya refugees fleeing persecution from Myanmar and Chakma refugees escaping from Bangladesh to north-east India. More recently, India offered citizenship to over 600 Muslims fleeing from Pakistan into India.

The lack of regular announcements from the Indian government means that the dominant narrative has been the one perpetrating the misunderstanding over legislations such as the CAA.

Malik is the first to admit, “Governments do many things right, but they don’t get the communication right and that is proving to be a problem.

India is not the first country to have a refugee policy for persecuted minorities based on religion. A fact most western publications have conveniently left out.

The Lautenberg Amendment, for example, provides US citizenship to persecuted religious minorities – Jews and Christians – in the then Soviet Union and was later extended to include the Bahai faith in Iran.

“All countries follow subjective criteria and different timelines and so is India. When publications like the Economist criticise India on the CAA issue, I wish it would look at some of the laws in this country, in Britain and Europe, or any country really. At the bare minimum, India should be held to the same standard as other democracies.”