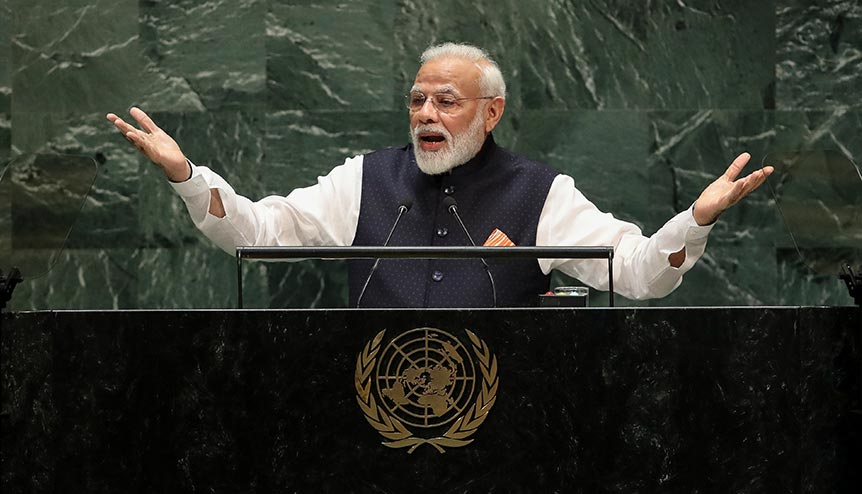 Nearly one year since the Indian government scrapped Article 370 and bifurcated the state of Jammu and Kashmir, it is evident that there has been a strategic paradigm shift in India’s policymaking. 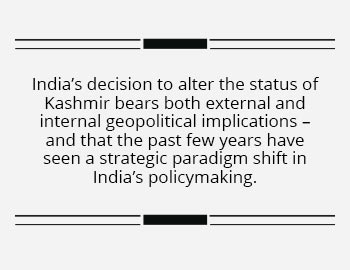 But nearly one year since the Indian government scrapped Article 370 and bifurcated the state of Jammu and Kashmir in August 2019, it is now quite evident that India’s decision to alter the status of Kashmir bears both external and internal geopolitical implications – and that the past few years have seen a strategic paradigm shift in India’s policymaking, much of which is never acknowledged for what it’s worth.

Even though India mostly received widespread support for its decision with regards to Article 370, with most reservations aimed at the restrictions imposed in the region on communication and civil liberties rather than the decision itself, China and Pakistan reacted with predictable hostility and for the first time after 1971, Kashmir was discussed, on the insistence of China, on August 16 in a closed-door hurdle at the United Nations Security Council. The result was a diplomatic disaster for China and its all-weather crony Pakistan – with the US, Russia, France, Germany and most non-permanent members supporting India at UNSC. 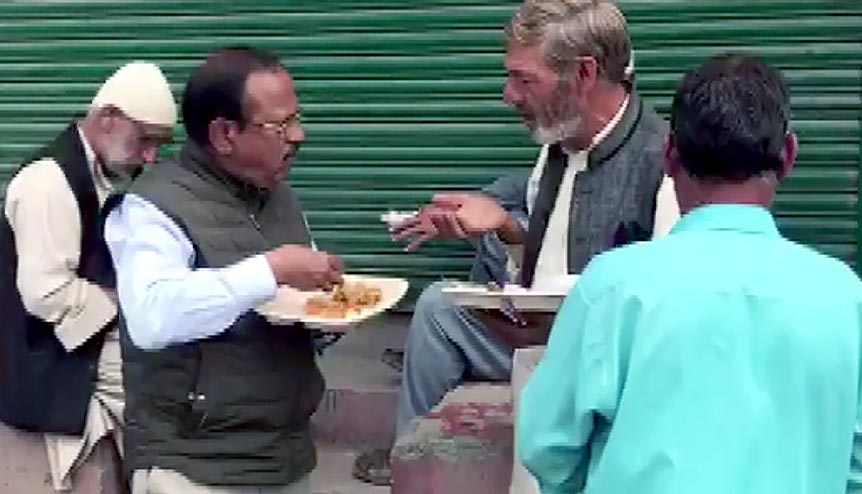 National Security Advisor Ajit Doval having a meal with the locals in Shopian. Kashmiris now see the importance of forging a bond with the rest of the country .

“India has underlined the need for development and ending the insurgency as reason for ridding Kashmir of its special status. It holds that the special status allowed the state to be controlled by corrupt political parties, prevented its political integration with the rest of India and allowed an insurgent sentiment to proliferate in it. The special status included a separate constitution for the state, which has now been scrapped. The test of India’s success in Kashmir, therefore, would be in Kashmiris forging an emotional and political bond with the rest of the country and the degree of successful development in the union territory,” Dr Ali Ahmed, a visiting professor at Nelson Mandela Centre for Peace and Conflict Resolution in New Delhi, wrote shortly after the abrogation, cautioning that India was in for a major surprise as a result.

“The government’s caution is best evidenced by the fact that Mr Ajit Doval, the national security adviser, camped in Kashmir to oversee the security arrangements personally. Those arrangements have apparently succeeded, at least for the moment, since there has been no major incident with large scale loss of lives or injuries caused by pellet guns. That, however, could be the lull before the storm,” Dr Ahmed wrote.

But in almost a year since then, there’s been no storm. 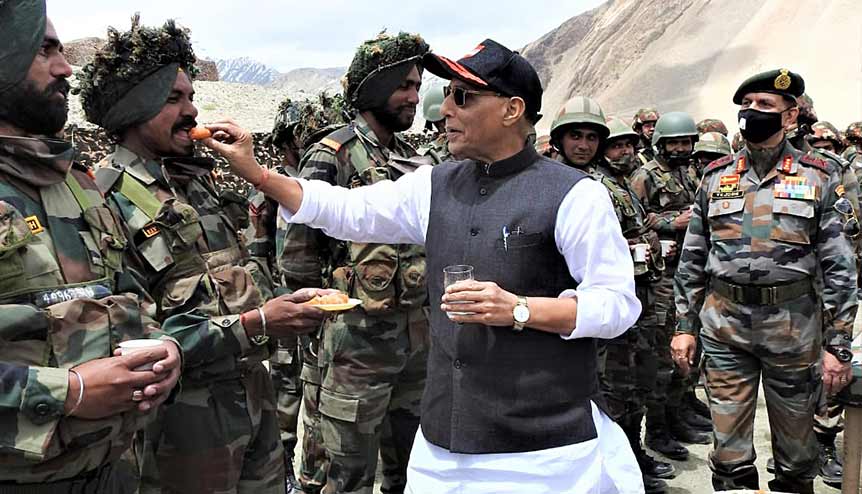 Defence Minister Rajnath Singh during the interaction with Indian Army and ITBP personnel at Lukung in Leh. India has changed the geopolitical paradigm in the region.

With India being the only country in the world today that is wedged between two hostile nuclear-armed allies, that is no mean feat.

Instead, India has decisively changed the geopolitical paradigm of the region, and a clear acknowledgment of the same came from none other than Pakistan’s military chief. Writing in the Green Book – 2020, a shell-shocked General Qamar Javed Bajwa admitted: “The Balakot airstrike and scrapping of Article 370 and 35A by the Narendra Modi government are two significant events that will have a lasting imprint on the geopolitics of the region.”

The imprint of that region has indeed remarkably changed since the days of Lt General Sir Francis Tuker, the senior British Indian Army officer who commanded the 4th Indian Infantry Division during the Second World War and who had clarified the geopolitical need for the emergence of Pakistan: “It was necessary to place Islam between Russian Communism and Hindustan that needed the introduction of a new Muslim power supported by the science of Britain.” 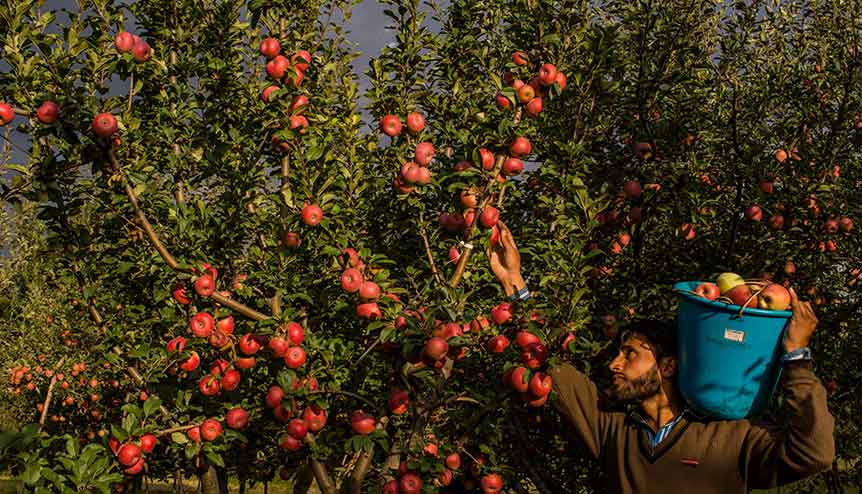 Kashmiri apples are harvested and exports have picked up. India’s close attention to the state’s development has borne fruit.

Cut back to 2020, and New Delhi has effectively forced a change in the narrative around not only the Kashmir dispute but also the way in which subcontinental geopolitics is viewed – with one masterstroke India has removed ‘India-held J&K’ from the bilateral agenda and political narrative with Pakistan. Indian Defence Minister Rajnath Singh’s statement that future bilateral talks with Pakistan would only be about Pakistan-Occupied Kashmir clearly indicates that the focus has already shifted across Line of Control (LoC).

In fact, one of the corollaries of the abrogation of Article 370 is the scope it has provided for the Indian establishment to develop the ramshackle civilian and military infrastructure of the area and ramp up its strategic deterrence in areas like Ladakh – developments to which China reacted with panic and alarm, indirectly contributing to the Galwan Valley stand-off.

From building new highways to organizing trade shows on Kashmir to the world getting the first taste of imported Kashmiri apples, the fruit of India’s aggressive labour on Kashmir has thus been exceptionally sweet at a time when global attention is riveted on the Indian sub-continent and the Indian Ocean Region thanks to China’s aggressive ambitions. 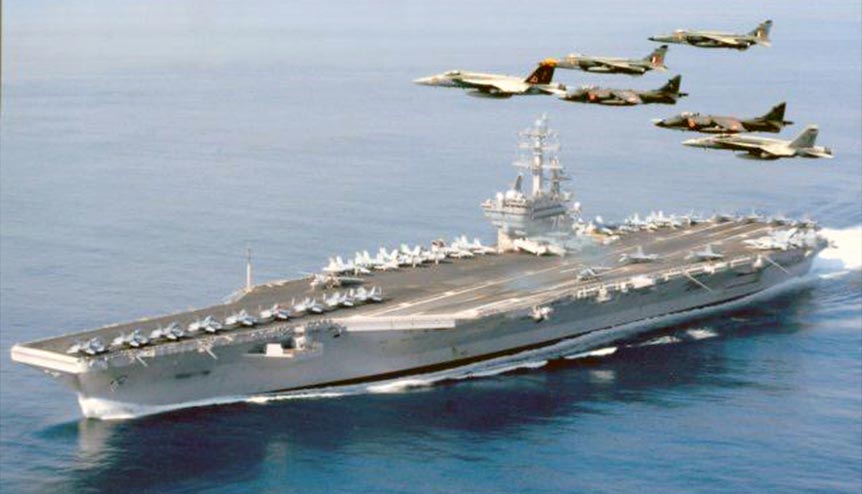 INAS 300, the premier Fighter squadron of the Indian Navy, carries out exercises. With the focus of geopolitical activity moving towards the Indian Ocean region, India is prepared to play an active role of security provider there.

“The world’s geopolitical center of gravity is shifting towards the Indian Ocean Region, where Prime Minister Modi’s India has claimed its leadership role as security provider in response to China’s regional aspirations,” said Mikel Herrera Pilar in a piece for Documento de Opinión. “Aware of the latter’s superiority, Delhi resorts to strategic hedging against Beijing – by balancing the latter while cooperating in common multilateral platforms, which gives India greater leverage to project its influence on the region while avoiding an undesirable confrontation. In recent years, India’s foreign policy has combined a limited alignment with the West and its traditional strategic autonomy, ie engaging with multiple actors on tactical convenience,” he said. 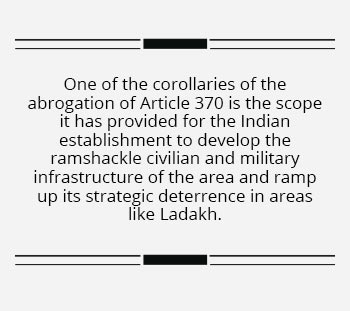 The rationale behind implementing the abrogation of Article 370 and the subsequent handling of its after-effects is but one example of the narrative of a new India. The cold political calculations of that action is complemented by India’s warm and unprecedented gestures as a durable friend to countries around the world during the pandemic, supplying medicines and essential aid to millions of afflicted people and evacuating tens of thousands of its citizens from dozens of countries.

In many ways, the calculus of policymaking by the Narendra Modi government marks the end of the era of India’s strategic ambiguity – instead it has chosen to bask in the glow of its mature diplomatic and strategic capability backed by decisive action, nurtured by occasional overtures of nationalistic pride in a world increasingly struggling to retain its geopolitical stability and vision of humanity. This is a new India confident enough of crossing the Rubicon when the situation calls for it.