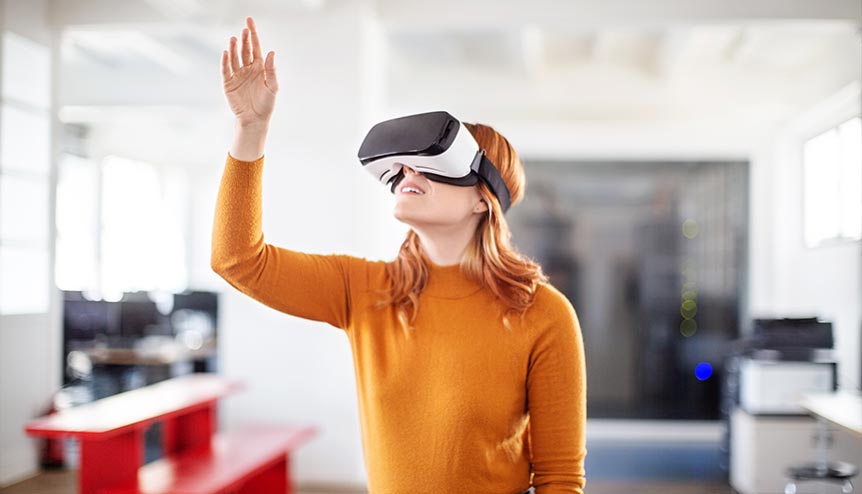 The Covid-19 pandemic appears to be spurring a virtualisation of economic activities through innovation.

As the adage goes necessity is the mother of all inventions. But to innovate, there is not only the requirement of necessity, it may even arise from the want of something better than what already exists. Indians are known to be great leaders as well as important contributors in history. Be it the establishment of different types of plants of steel or chemical or even variety in food and beverage. Such innovations lead to income generation, not only for individual businesses but also for the economy.

Indian innovation leads the fight against the pandemic 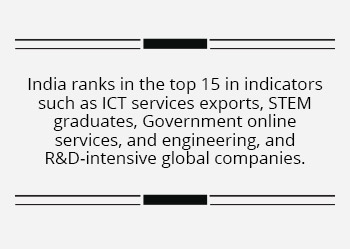 To measure the extent and impact of innovation in a particular country, there is a Global Innovation Index (GII). The GII is a popular reference for measuring an economy’s innovation performance. The GII is co-published by INSEAD, Cornell University, and the World Intellectual Property Organization (WIPO), which is a specialized agency of the United Nations. The GII ranks the countries based on 80 indicators, such as research and development investments and international patent and trademark applications.

The top 10 positions of the index are dominated by high-income countries, such as Sweden, the United States, Switzerland, the United Kingdom, and the Netherlands. These countries are among the top five global economies. The Republic of Korea has become the second Asian economy to join the top 10, trailing Singapore in the eighth position. 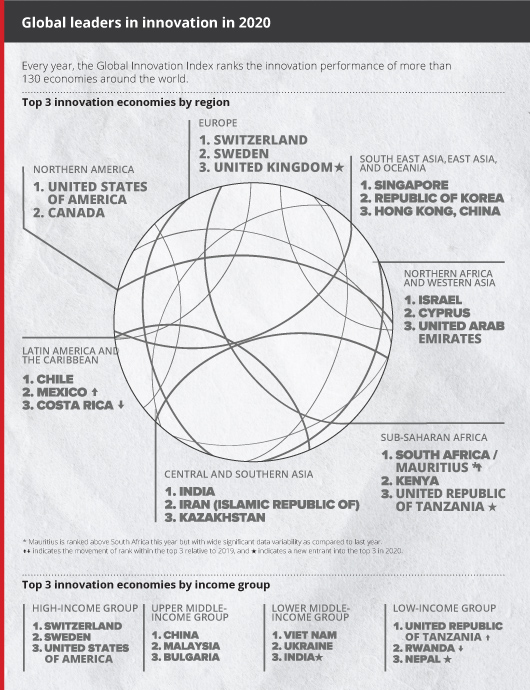 India ranks in the top 15 in indicators such as ICT services exports, STEM graduates, Government online services, and engineering, and R&D-intensive global companies. The GII ranks any country by considering the ranking on aspects like Institutions, Business sophistication, Creative outputs.

In Institutions, factors such as political and operational stability, Government effectiveness, and the Ease of resolving insolvency have been improved remarkably. In the area of Business sophistication, indicator GERD or Gross Expenditure on R&D financed by the business is available this year, while ranks also improved for both intellectual property (IP) payments and Research talent. In the area of creative outputs, India has improved it is positioning by a combination of performance improvements and model changes. It gained several places in indicator cultural and creative services exports band it ranks 31st in the new GII indicator on Global brands with TATA Group having 164 brands of its brands in the top five thousand, the report said. 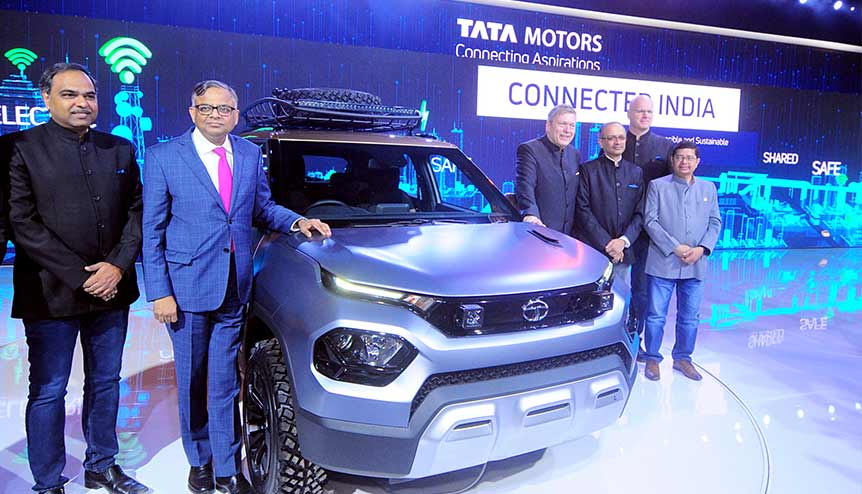 Guenter Karl Butschek CEO and Managing Director of Tata Motors pose with Tata HBX, during the Auto Expo 2020.The TATA Group had 164 of its brands in the top five thousand in the GII.

With the core to track world economies’ innovation capabilities and results, the GII provides business executives, policymakers, and others insight into the state of innovation around the world. The Covid-19 pandemic overall appeared to be spurring an “acceleration of trends that were pre-existing,” for instance, the virtualisation of economic activities. India appears to be ready to face this change with a lot of groundwork for innovative being done.